The Use of Term Limits to Enhance Accountable Governance in Africa: Analysis from A Civil Society Activist

Africa has traditionally been depicted in the scholarly and popular literature as a place where formal institutional rules are largely irrelevant. Undeniably, the last decade has witnessed countries extending, abolishing or suspending the constraints on presidential tenures. The attraction of power is still strong, and the varying scenarios across Africa suggest that there are several factors that have a bearing on the outcome of presidential endeavours to extend their hold on power. Several CSOs throughout Africa have recognised and have become increasingly vocal regarding the importance of term limits. Functioning as independent actors, CSOs are best positioned to expose and rebuke bad governance, corruption and pressure for reform. This paper expands on such leaders, as well as those who did otherwise. Lastly, the influence of CSOs and the international community on Africa's record regarding term limits is addressed and the author's view is offered to conclude the paper. 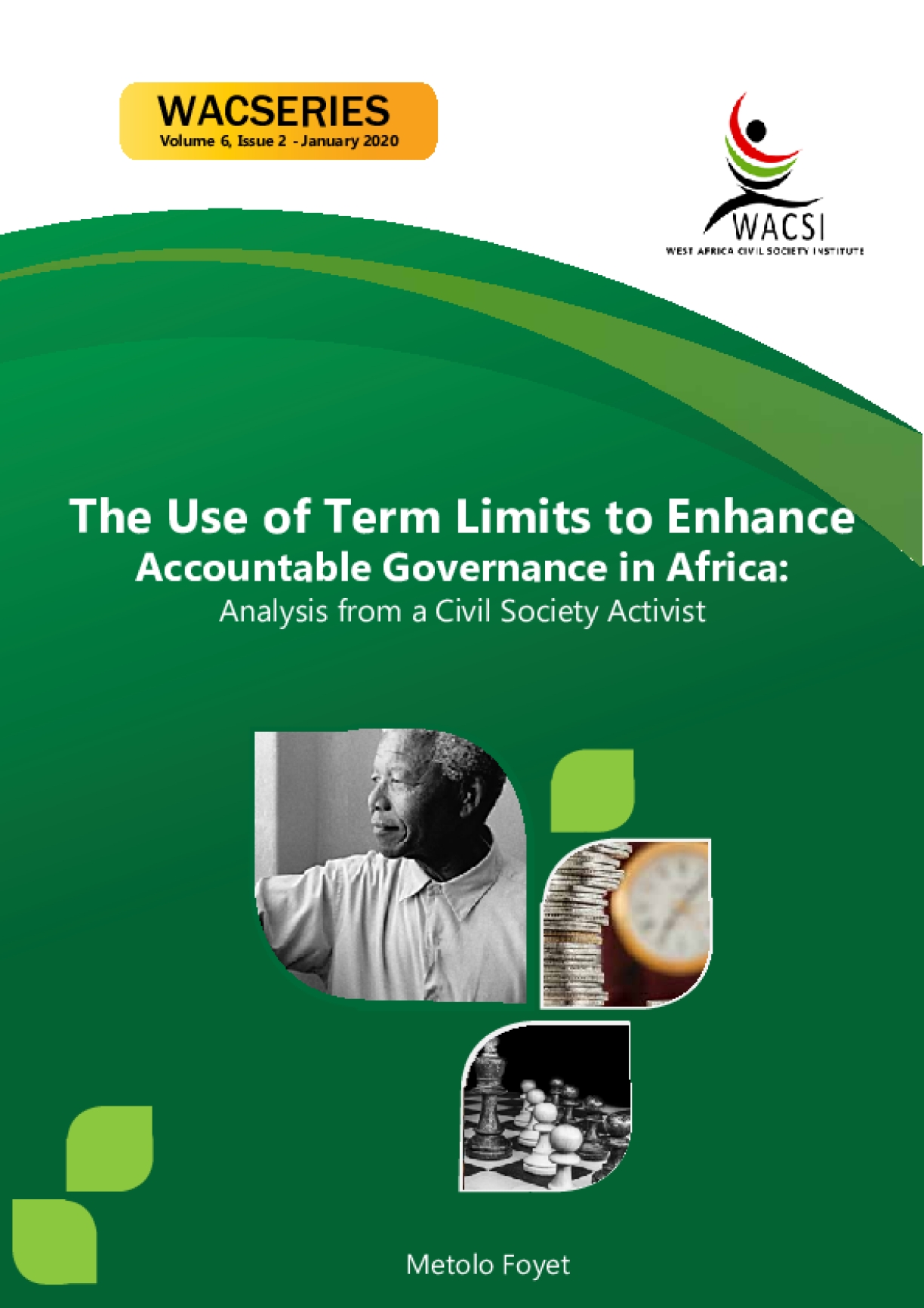