The Wage and Employment Impact of Minimum?Wage Laws in Three Cities

This report analyzes the wage and employment effects of the first three city-specific minimum wages in the United States -- San Francisco (2004), Santa Fe (2004), and Washington, DC (1993). We use data from a virtual census of employment in each of the three cities, surrounding suburbs, and nearby metropolitan areas, to estimate the impact of minimum-wage laws on wages and employment in fast food restaurants, food services, retail trade, and other low-wage and small establishments. 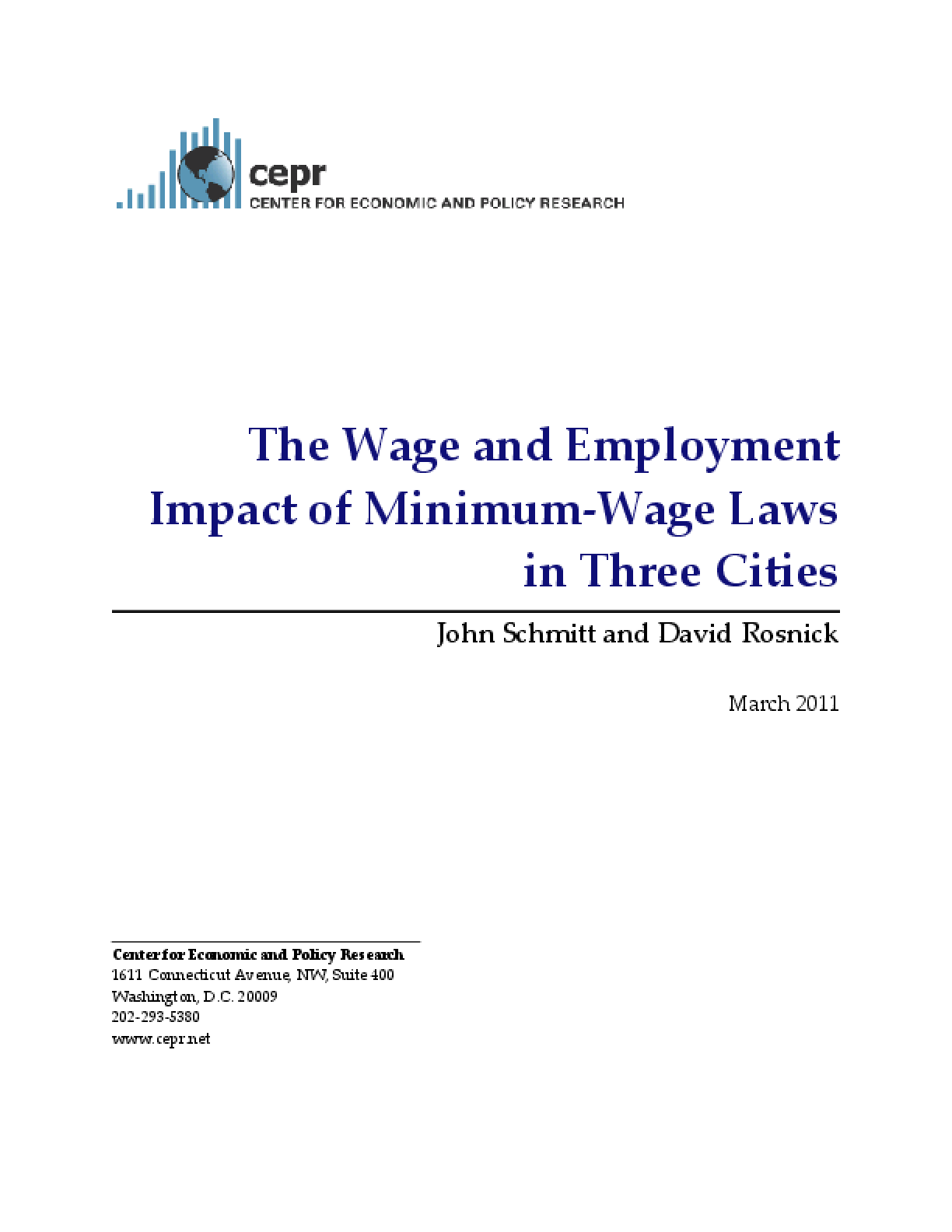