The War on Drugs and HIV/AIDS: How the Criminalization of Drug Use Fuels the Global Pandemic

The global war on drugs is driving the HIV pandemic among people who use drugs and their sexual partners. Throughout the world, research has consistently shown that repressive drug law enforcement practices force drug users away from public health services and into hidden environments where HIV risk becomes markedly elevated. Mass incarceration of nonviolent drug offenders also plays a major role in spreading the pandemic. Today, there are an estimated 33 million people worldwide living with HIV—and injection drug use accounts for one-third of new HIV infections outside of sub-Saharan Africa.

The report describes the remarkable failure of drug law enforcement policies in reducing global drug supply, noting that the worldwide supply of illicit opiates, such as heroin, has increased by more than 380 percent in recent decades. The Commissioners also stress the drug war's contribution to the growth of organized crime and violence, and urge countries that under-utilize proven addiction treatment and public health measures to immediately scale up evidence-based strategies to reduce HIV infection and protect community health and safety. These measures include sterile syringe distribution, safer injecting facilities, and prescription heroin programs. "Failure to take these steps is criminal," the Commissioners state.

The report also depicts how the fight against HIV is being won in countries where addiction is treated as a health issue. In Australia and European countries such as Portugal and Switzerland, newly diagnosed HIV infections have been nearly eliminated among people who use drugs, just as vertical transmission of HIV has been eliminated in countries where broad access to prevention of mother-to-child transmission of the virus is available. However, a number of specific countries, including the U.S., China, Russia and Thailand, have ignored scientific evidence and resisted the implementation of evidence-based HIV prevention programs—with devastating consequences. In Russia, for example, approximately one in one hundred adults is now infected with HIV. In the United States, Congress recently re-instated a longstanding ban on the use of federal funds for syringe exchange programs.

This is the second report published by the Global Commission on Drug Policy. Its first report, released in June 2011, generated unprecedented media coverage and catalyzed international debate about the urgent need for fundamental reforms of the global drug prohibition regime. The Global Commission is the most distinguished group of high-level leaders to ever call for such far-reaching changes—including alternatives to incarceration, greater emphasis on public health approaches to drug use, decriminalization, and experiments in legal regulation. 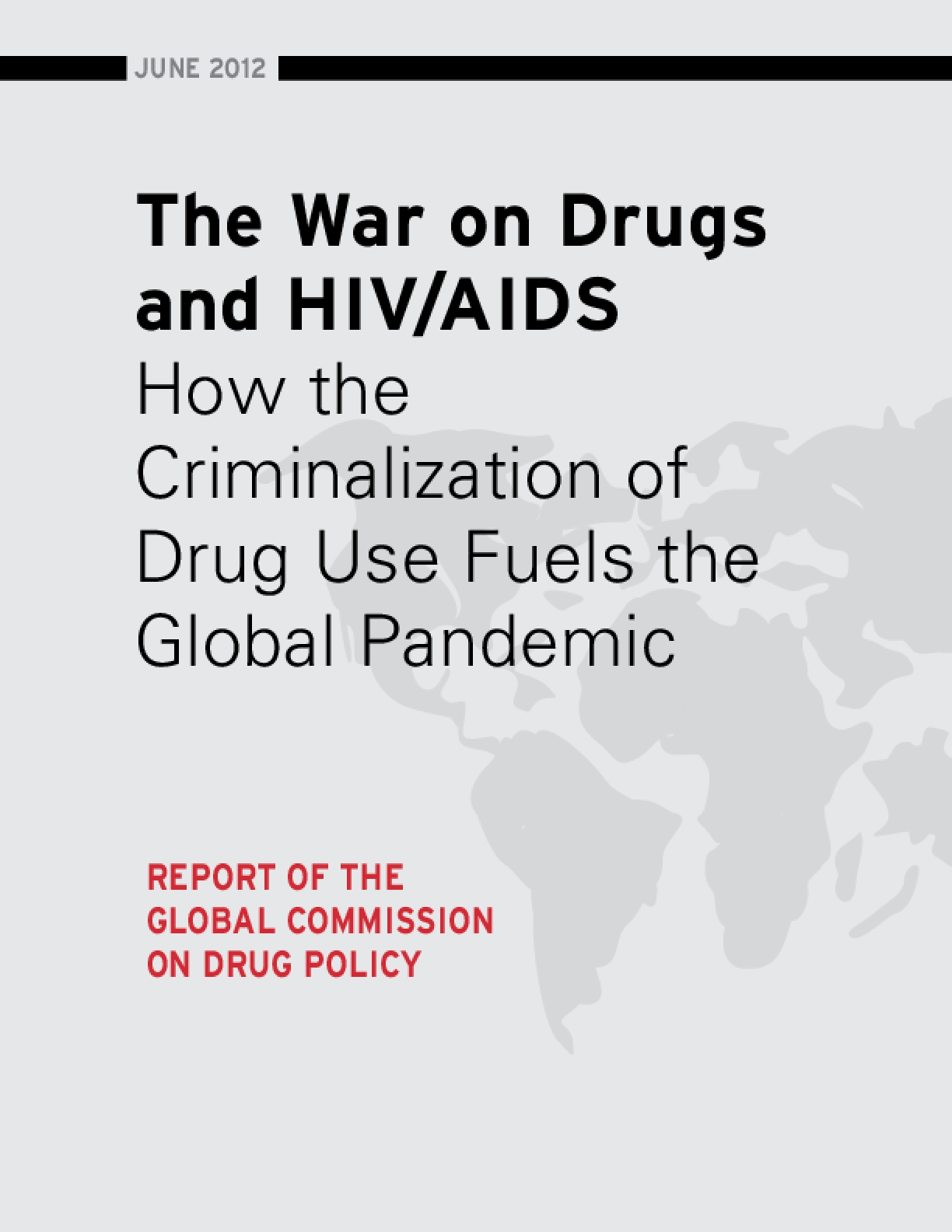