The War Within: Preventing Suicide in the U.S. Military, Summary

Since late 2001, U.S. military forces have been engaged in conflicts around the globe, most notably in Iraq and Afghanistan. These conflicts have exacted a substantial toll on soldiers, marines, sailors, and airmen, and this toll goes beyond the well-publicized casualty figures. It extends to the stress that repetitive deployments can have on the individual servicemember and his or her family. This stress can manifest itself in different ways -- increased divorce rates, spouse and child abuse, mental distress, substance abuse -- but one of the most troubling manifestations is suicide, which is increasing across the U.S. Department of Defense (DoD). The increase in suicides among members of the military has raised concern among policymakers, military leaders, and the population at large. While DoD and the military services have had a number of efforts under way to deal with the increase in suicides among their members, the Assistant Secretary of Defense for Health Affairs asked RAND to review the current evidence detailing suicide epidemiology in the military, identify "state-of-the-art" suicide-prevention programs, describe and catalog suicide-prevention activities in DoD and across each service, and recommend ways to ensure that the activities in DoD and across each service reflect state-of-the-art prevention science. 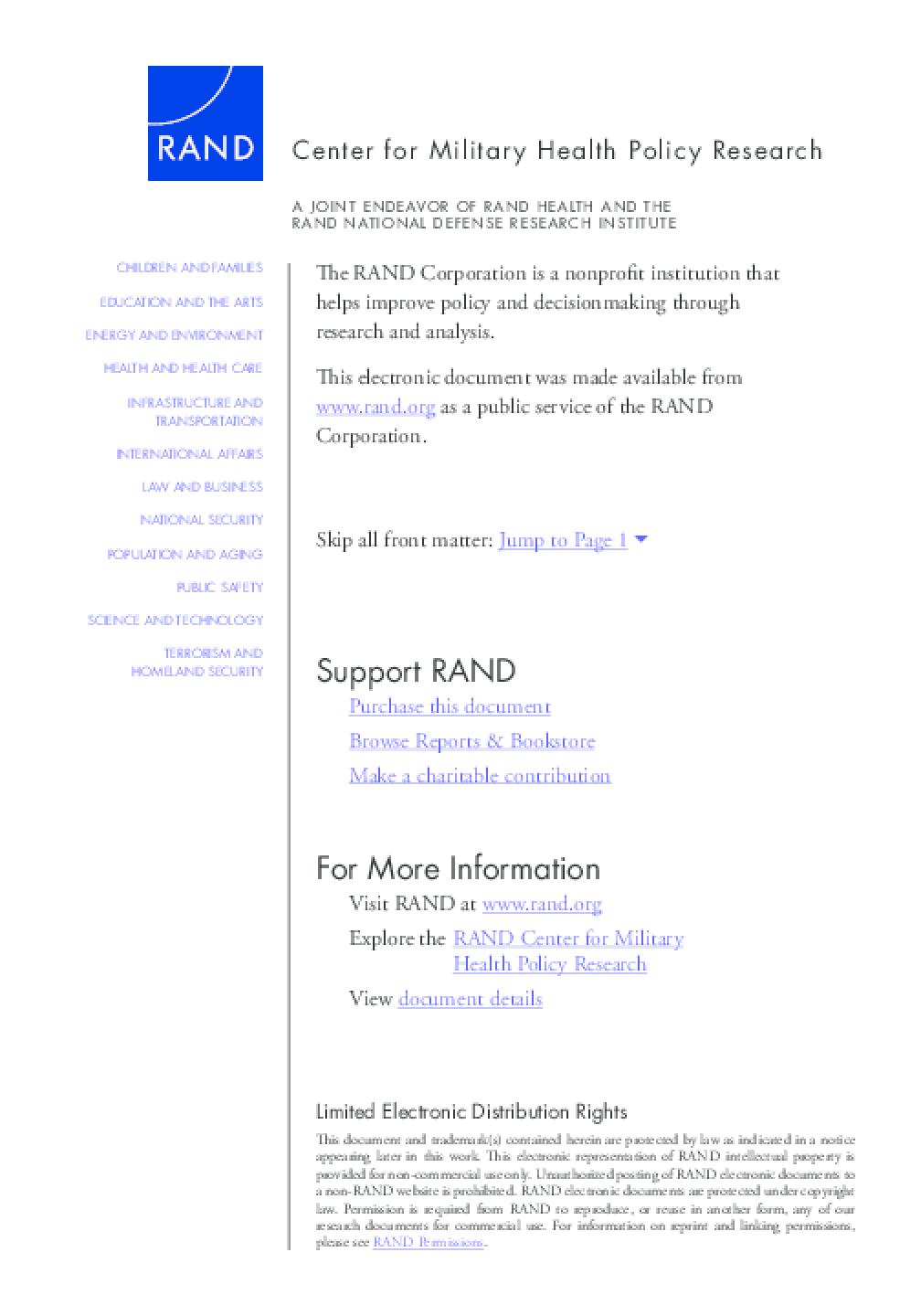