The Waters Around Us: Public opinion research on Massachusetts residents' views on climate change

An update to Massachusetts' climate policy is on the agenda. In the past year, the Massachusetts House and Senate along with Governor Charlie Baker have all put forward substantial policy proposals to deal with various aspects of climate change. From Speaker Robert DeLeo's GreenWorks resiliency grants for cities and towns to the Governor's new ambitious goal of driving the commonwealth to net-zero carbon emissions by 2050, state government is taking the issue seriously. The Massachusetts State Senate just passed new legislation to go even further, setting new emissions targets, pricing carbon, and encouraging purchases of electric vehicles. These bills come at a time of growing anxiety among residents about climate change, and reports from the scientific community that grow more alarming by the day.

These are among the findings of a new survey of 2,318 residents of Massachusetts conducted by The MassINC Polling Group. This work is the latest in a series, dating back to 2011, that defined a culture of climate protection as 1) recognizing global warming as a problem and priority, 2) supporting policy efforts to curb global emissions, and 3) putting a premium on individual efforts to reduce one's own carbon footprint. This survey shows progress towards all three of these. The survey was preceded by a series of focus groups conducted across Massachusetts. This report includes insights and quotes from that qualitative research alongside the quantitative findings throughout. 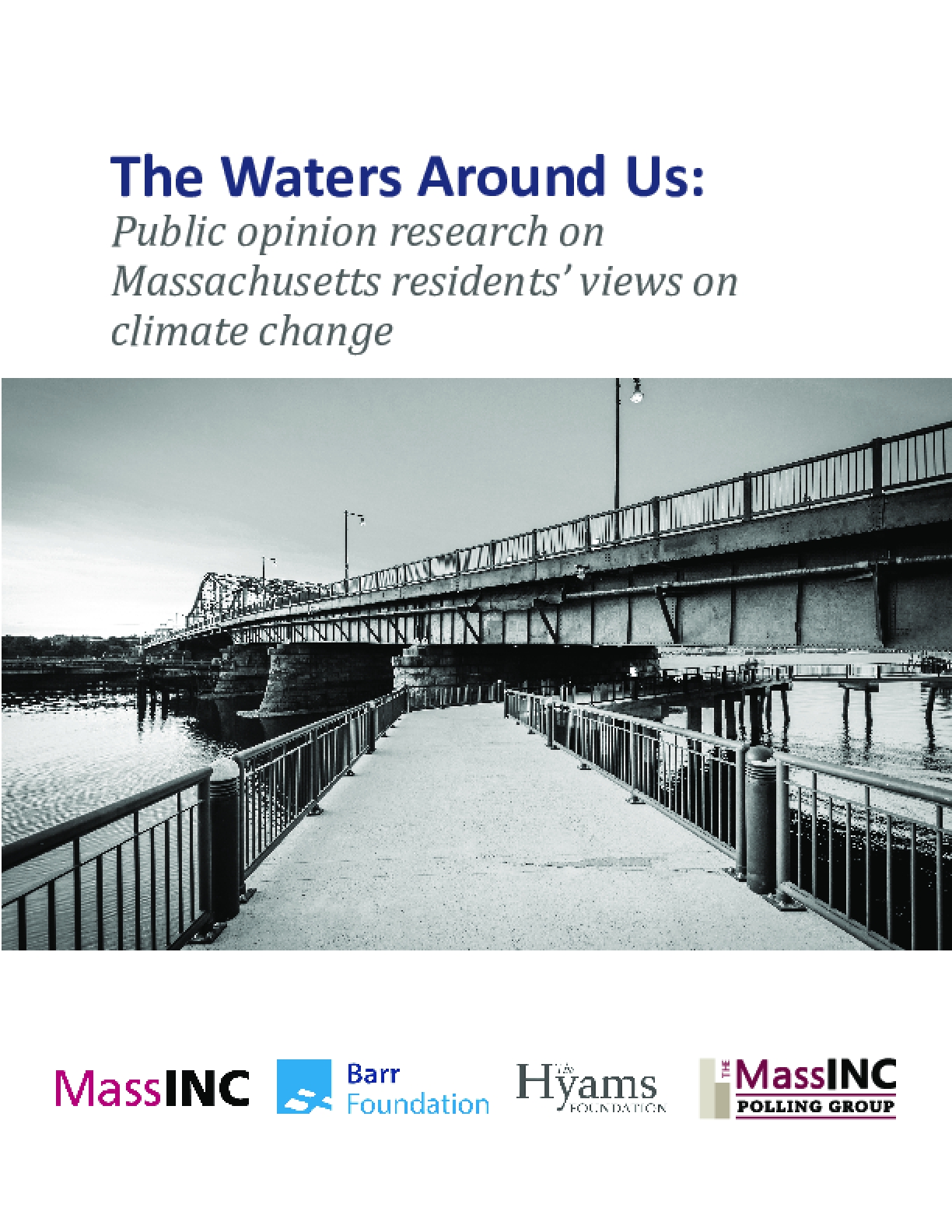