The Nuclear Security Initiative (NSI) began as an exploratory effort in 2008 and, as with other Foundation initiatives, was intended to be a time-limited effort (though the timeframe for the Foundation's exit was not specified at the outset). The NSI was extended in 2011 and the last grants were made in 2014. Over seven years, the NSI pursued a number of strategies designed to reduce the risk of a nuclear disaster.

Although security issues have never been a central element in the Hewlett Foundation's main programs, the Foundation does have a history of funding projects in the peace and security space when these issues touched on the Foundation's main focus areas. Re-entry into the nuclear security space was opportunistic; at the time of the NSI's inception, windows appeared to be opening, signaling that nearterm gains on pressing policy issues were possible. In 2007, four eminent statesmen (Kissinger, Shultz, Nunn and Perry) authored a provocative Wall Street Journal op-ed calling for "a nuclear-free world" and outlining the policy steps required to achieve it. This was the first such articulation by prominent foreign policy and national security leaders from across the political spectrum. Shortly thereafter came the election of Barack Obama who, as a Senator, had taken interest in advancing nuclear security and nonproliferation and who, when newly elected, began making these issues a first-tier national security concern of his Administration. Finally, there was increasing movement by some growing powers, such as Brazil and Turkey, to explore development of nuclear energy domestically, thereby increasing the risk of global nuclear proliferation.

The evaluation that is the subject of this report revealed that the NSI set in motion new things in the field—including an increased and more intentional focus on advocacy and communications, increased coordination among funders, and increased attention to building the expertise and capacity of states outside of the P5 (United States, Russia, China, United Kingdom, France) and other established nuclear powers, as opposed to focusing exclusively on US-Russia and US-China relations. The Hewlett Foundation's re-entry into the nuclear security space was seen as bringing "excitement and energy" and "innovation." 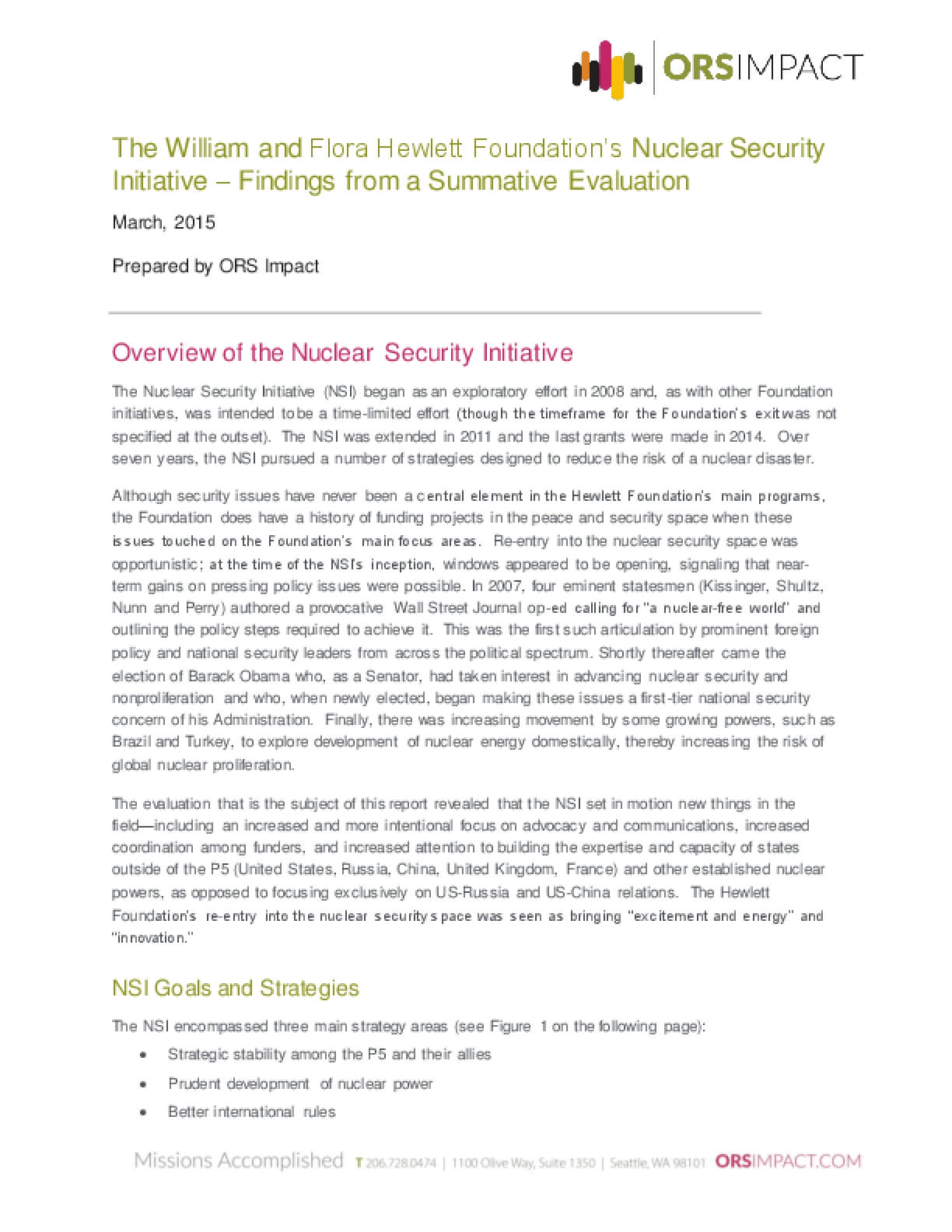