The Working Poor and Social Security Privatization: Restoring the Opportunity to Save

Many defenders of Social Security assert that the program favors the poor and keeps low-wage earners out of poverty. Those claims are mistaken. Today, despite Social Security's progressive benefit structure, more than 1 in 10 seniors live in poverty. Social Security simply costs too much and pays too little. The rate of return on Social Security taxes paid during a working life is dismal, making the opportunity cost of participating in the program instead of a private retirement plan tremendous. Social Security's approaching fiscal crisis threatens to make this situation worse. The poor would accrue substantial savings and enjoy much larger retirement benefits if they were allowed to redirect payroll taxes to individually owned, privately invested accounts. Instead of relying on political promises for retirement security, low-wage workers would have tangible retirement savings built from their earnings. Such a system would provide greater financial security and would go a long way toward eliminating poverty among the elderly. 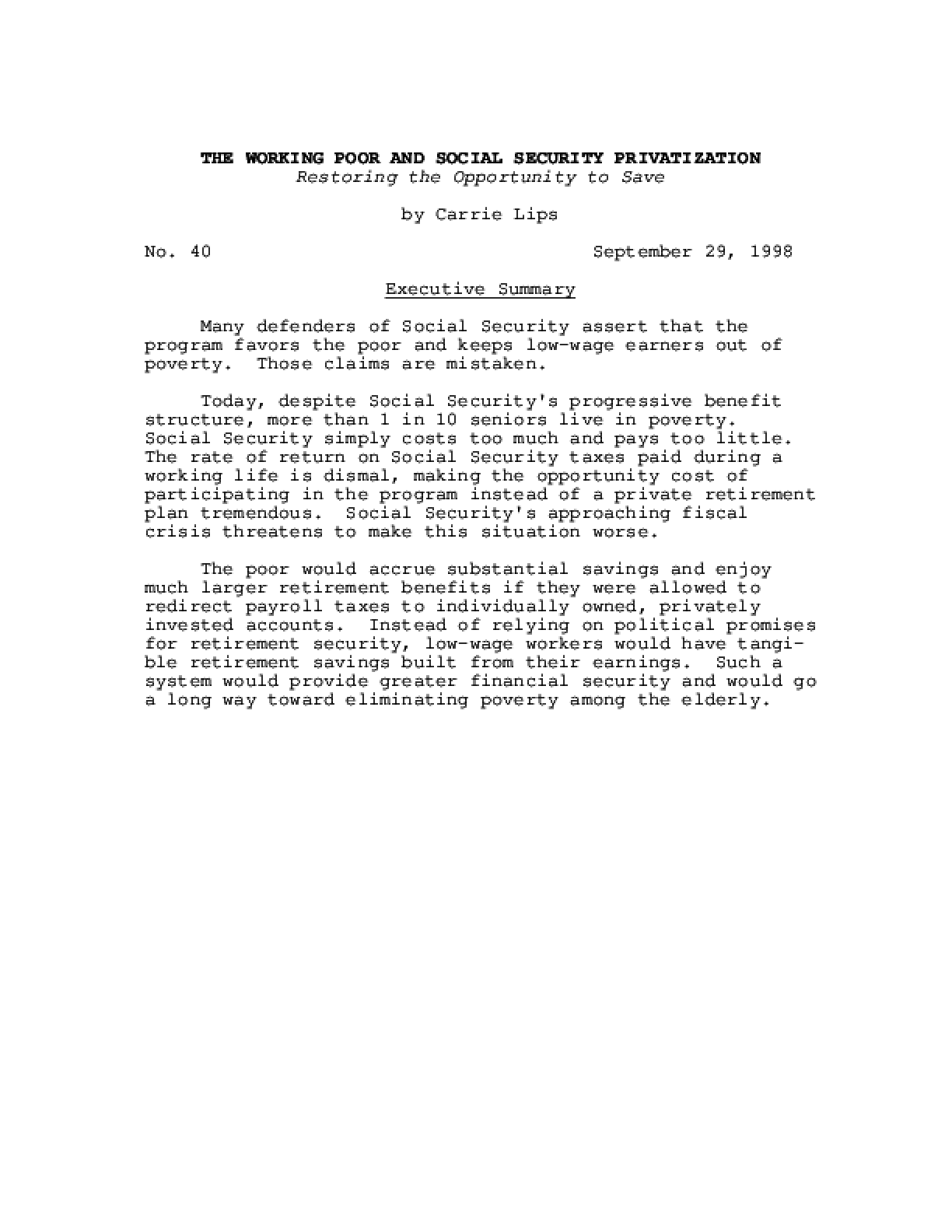