The World is Home: A Case Study of the Silicon Valley Community Foundation

Silicon Valley Community Foundation – together with pfc Social Impact Advisors – has published a case study to commemorate SVCF's first 10 years. During this period, SVCF made more than $4.3 billion in grants and significantly expanded its charitable reach.

Following the historic merger of the two parent foundations, Silicon Valley Community Foundation began seeking public input on how it could best approach the challenges faced by the residents of Santa Clara and San Mateo counties. SVCF's discretionary grantmaking focus areas were announced in 2008, supporting local education, economic security, immigration and regional planning that improves transportation and housing systems. In addition to these vital issues, SVCF's family of more than 2,000 donors have used their charitable funds at SVCF to support thousands of local, national and international charities across a wide range of interests, as the case study attests. 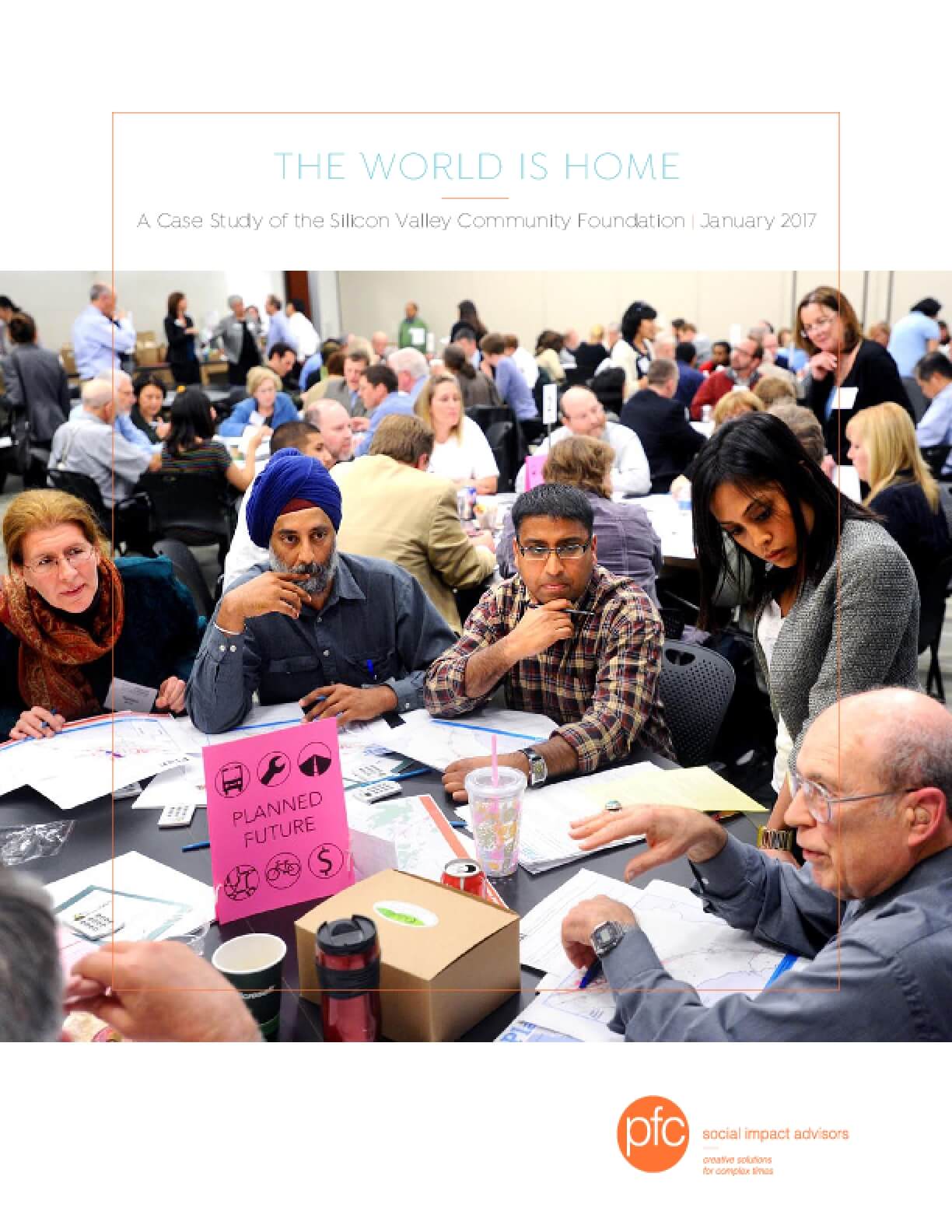