“They Treat You Like You Are Worthless”: Internal DHS Reports of Abuses by US Border Officials

This report examines allegations of abuse catalogued in internal US Department of Homeland Security (DHS) reports received by Human Rights Watch on September 24, 2021 via the Freedom of Information Act (FOIA).

The internal reports include testimony and descriptions of testimony regarding over 160 cases of misconduct and abuse of asylum applicants at the hands of officers within several DHS components, particularly CBP officers and Border Patrol agents. The records, though heavily redacted, demonstrate that asylum officers within US Citizenship and Immigration Services (USCIS), another component of DHS, have repeatedly provided internal reports on allegations of assault, sexual abuse, due process violations, denial of medical care, harsh detention conditions, and dehumanizing treatment at the border. 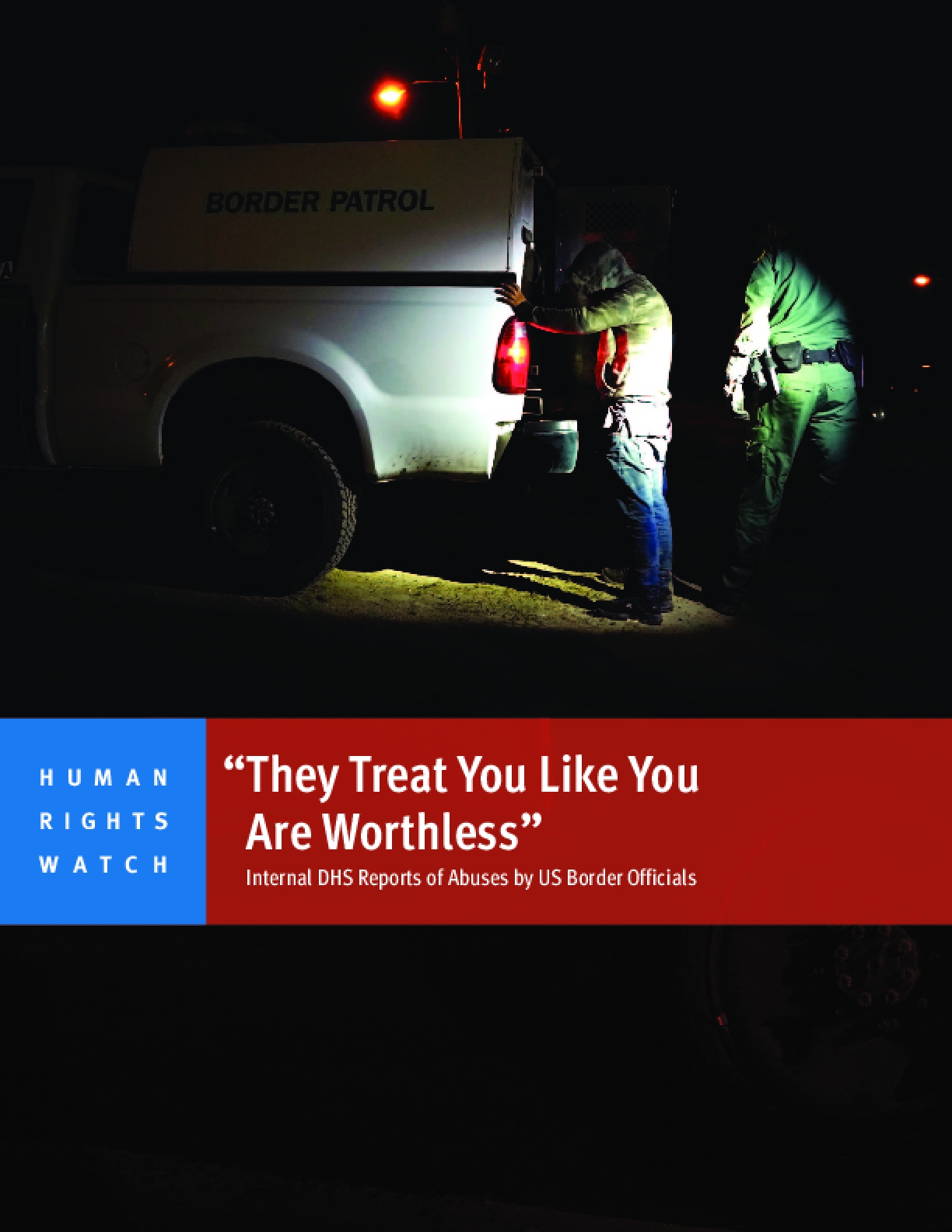