by Andrew Schaefer; Jessica A. Carson

About three in ten Medicaid recipients could be affected by a work requirement, a share that is similar in rural and urban places. Among Medicaid recipients potentially affected by a work requirement, the majority worked at least part of the previous year or were motivated to work but could not find a job, a share that is slightly higher in rural places than in urban (83.4 percent versus 78.7 percent).

The Affordable Care Act in 2010 gave states the option to expand Medicaid access to adults with incomes up to 138 percent of the federal poverty level. Thus more able-bodied and working adults have become eligible for Medicaid. In addition, several states have petitioned the federal government to have the option to enforce work requirements for those receiving Medicaid in their state. Specific waiver requests vary by state, but could have broad implications for Medicaid recipients across the nation, and typically include a requirement of able-bodied, adult Medicaid recipients to complete a certain number of hours spent working, or in some kind of other approved activity, like job training or looking for work. Children under age 19, pregnant or recently postpartum women, people with disabilities, and sole caretakers of young children are typically excluded from these proposed work requirements. 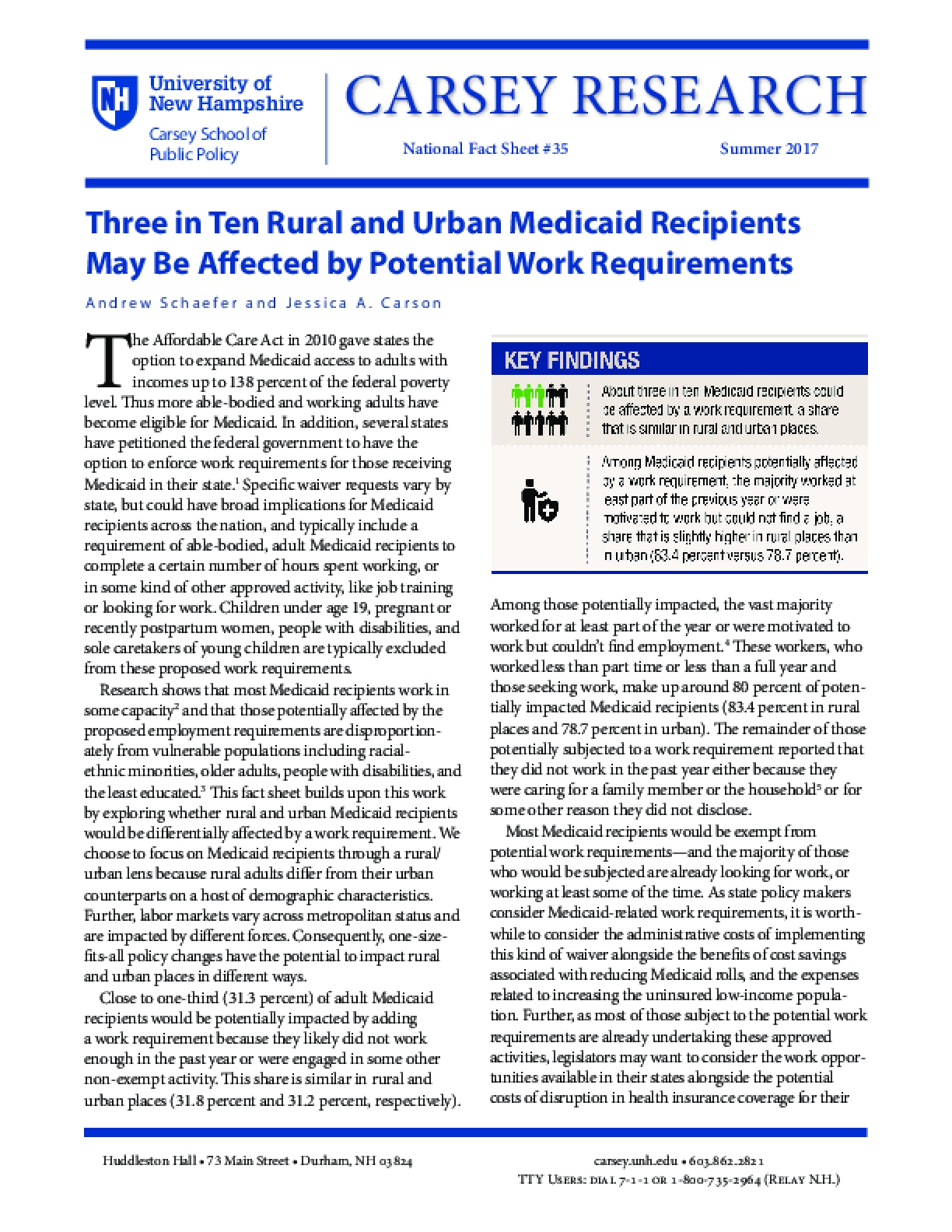