With Medicare spending projected to increase to 24 percent of all federal spending and to equal 6 percent of the gross domestic product by 2037, policy makers are again considering ways to curb the program's spending growth. We used a microsimulation approach to estimate three scenarios: imposing a means-tested premium for Part A hospitalinsurance, introducing a premium support credit to purchase health insurance, and increasing the eligibility age to sixty-seven. We found thatthe scenarios would lead to reductions in cumulative Medicare spending in 2012 -- 36 of 2.4 -- 24.0 percent. However, the scenarios also would increase out-of-pocket spending for enrollees and, in some cases, causemillions of seniors not to enroll in the program and to be left without coverage. To achieve substantial cost savings without causing substantial lack of coverage among seniors, policy makers should consider benefitchanges in combination with other options, such as some of those now being contemplated by the Obama administration and Congress. 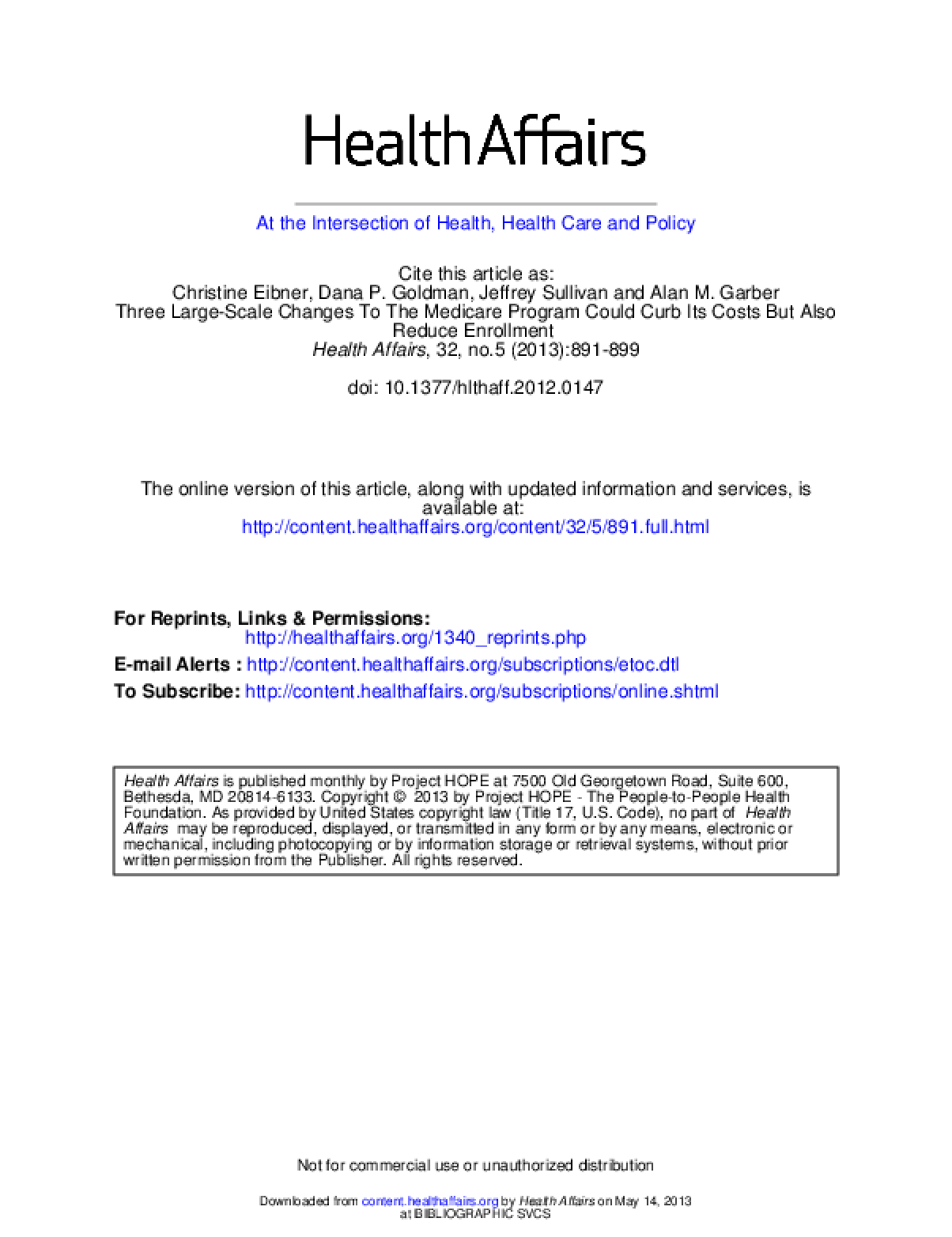