Now that California has been implementing the Common Core State Standards in mathematics (CCSS-M) for several years, many educators are interested in learning how districts across the state are faring. To provide some timely information on this topic, WestEd performed a year-over-year analysis of 2015 and 2016 data from the California Assessment of Student Performance and Progress (CAASPP) in mathematics for the 10 Math in Common (MiC) districts.

Specifically, we used the 2015 baseline CAASPP scores for the MiC districts' elementary, middle, and K-8 schools to create a prediction analysis for each school site's 2016 scores. We then compared actual CAASPP performance to the predicted scores for demographically similar schools across California. By showing which school sites overperformed and underperformed compared to the predictions, the findings allowed districts to look beyond demographic factors (which were statistically controlled for in our analyses) and see achievement in a new light.

While all of the MiC districts showed promising and interesting patterns of improvement versus their predicted scores, one that particularly stood out was Garden Grove Unified School District, where many schools significantly outperformed their predicted scores for 2016. These positive results provoked curiosity among districts and partners involved with the MiC initiative. We set out to explore what exactly was happening in Garden Grove to support this positive performance and what other districts might learn from Garden Grove's efforts.

To find out, a team of researchers from WestEd traveled to Garden Grove and interviewed district and site administrators as well as some of the teachers on special assignment (TOSAs) who play a crucial role in the district system. We also examined artifacts such as budgets and grant reports. This look inside Garden Grove's district-wide efforts offers practical information for other districts to consider when thinking about their own efforts to support and implement the Common Core State Standards in mathematics (CCSS-M). However, because the life of a school district is immeasurably more colorful and complex than what can be revealed through a few days of interviews, our findings are not meant to be read as a definitive account of Garden Grove's CCSS-M implementation activities. 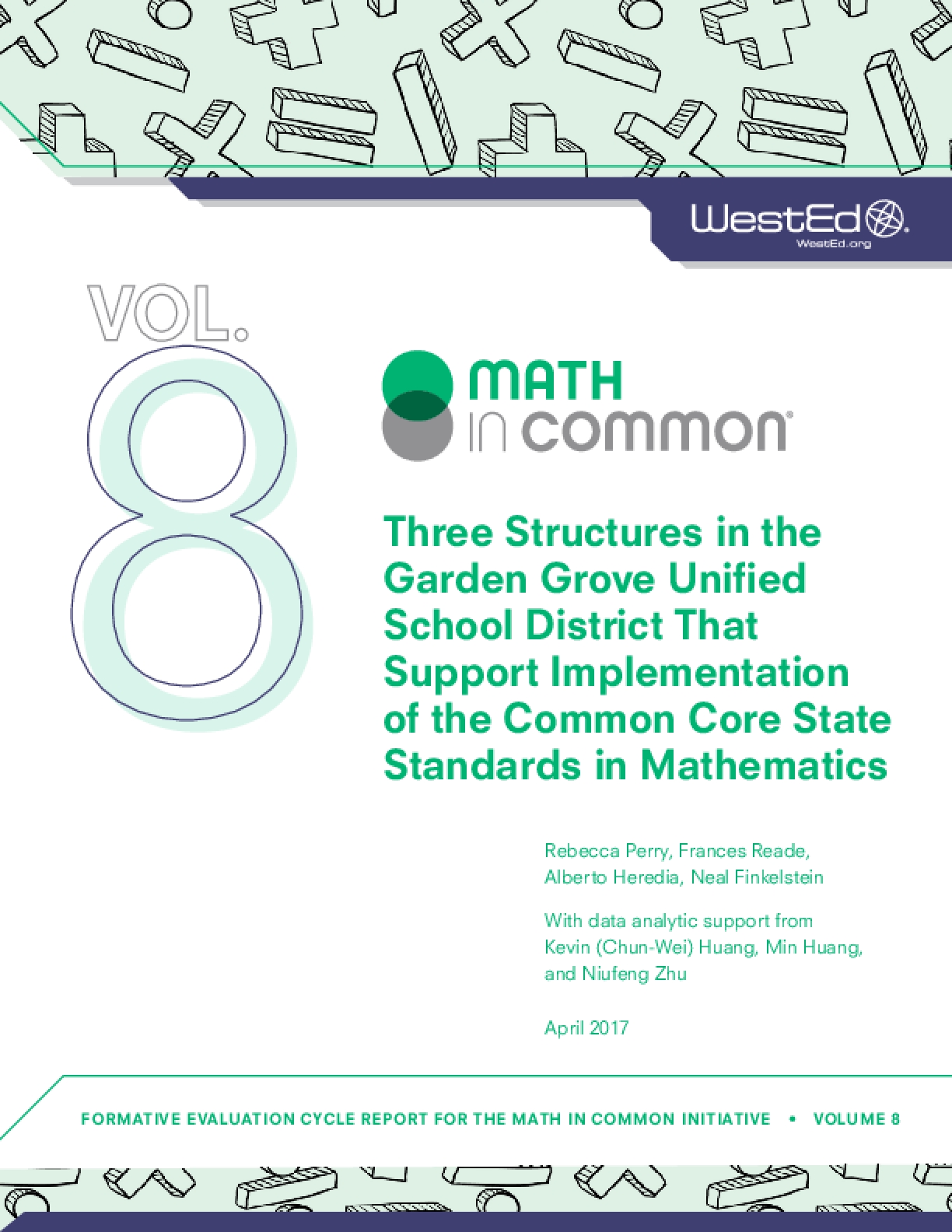