Time for Action: Incidents of Discrimination in Russian Football

This monitoring report presents the first ever systematic assessment of the problem of racism and discrimination in Russian football. Prepared as a joint undertaking of the Moscow-based SOVA Center for Information and Analysis and the Fare network, it presents an account of discriminatory and far-right displays in Russian football in the period from May 2012 to May 2014.

As the Russian Federation prepares to host the FIFA World Cup in 2018, the issue of racism and xenophobia in Russian football and its links to wider societal developments will come to the forefront of international attention.

Concerns have already been raised over high profile incidents in international club competitions (such as the abuse of the Ivorian Yaya Toure during a UEFA Champions League match in Moscow) in which ethnic minority players and fans are racially abused inside stadiums. In domestic football threats and attacks in and outside stadiums by organised far-right groups who propagate hatred by displaying neo-Nazi paraphernalia are common.

The report takes as its focus the activity of organised far-right groups in the Russian fan scene, hatred against people from the Caucasus region and other visible ethnic minorities and hate crimes perpetrated by football supporters outside stadiums.

Although the Lesbian, Gay, Bisexual and Transgender (LGBT ) community are not the primary target of discriminatory abuse inside stadiums, these spaces remain 'no-go' areas for them. The report includes the notorious 'Selection 12' manifesto issued by FC Zenit fans which has homophobic intent as well as a dislike of 'non-Slavic peoples'. The issue of the LGBT community and its place in Russian society is high on the agenda in media and political debates, the nature of this debate also informs what happens in football.

The list of incidents presented in this report is far from exhaustive and was prepared on the basis of publicly available information. These figures can therefore only be indicative of a wider problem, further systematic monitoring efforts are necessary to understand its full scope and to develop targeted solutions.

Collecting data for such a monitoring report involves significant effort to access information because in most circumstances neither victims nor media report on them. The pattern might change gradually with ethnic minority players feeling more empowered to speak out, but for the moment the governance of Russian football is such that issues of discrimination are seen as relatively minor infractions and are often dealt with in a clumsy way, if not ignored altogether.

The level of understanding of the problem is low which results in significant incidents treated as individual security violations, not as a systemic problem which requires organised solutions, and so measures taken against the perpetrators do not bring about the necessary effect. 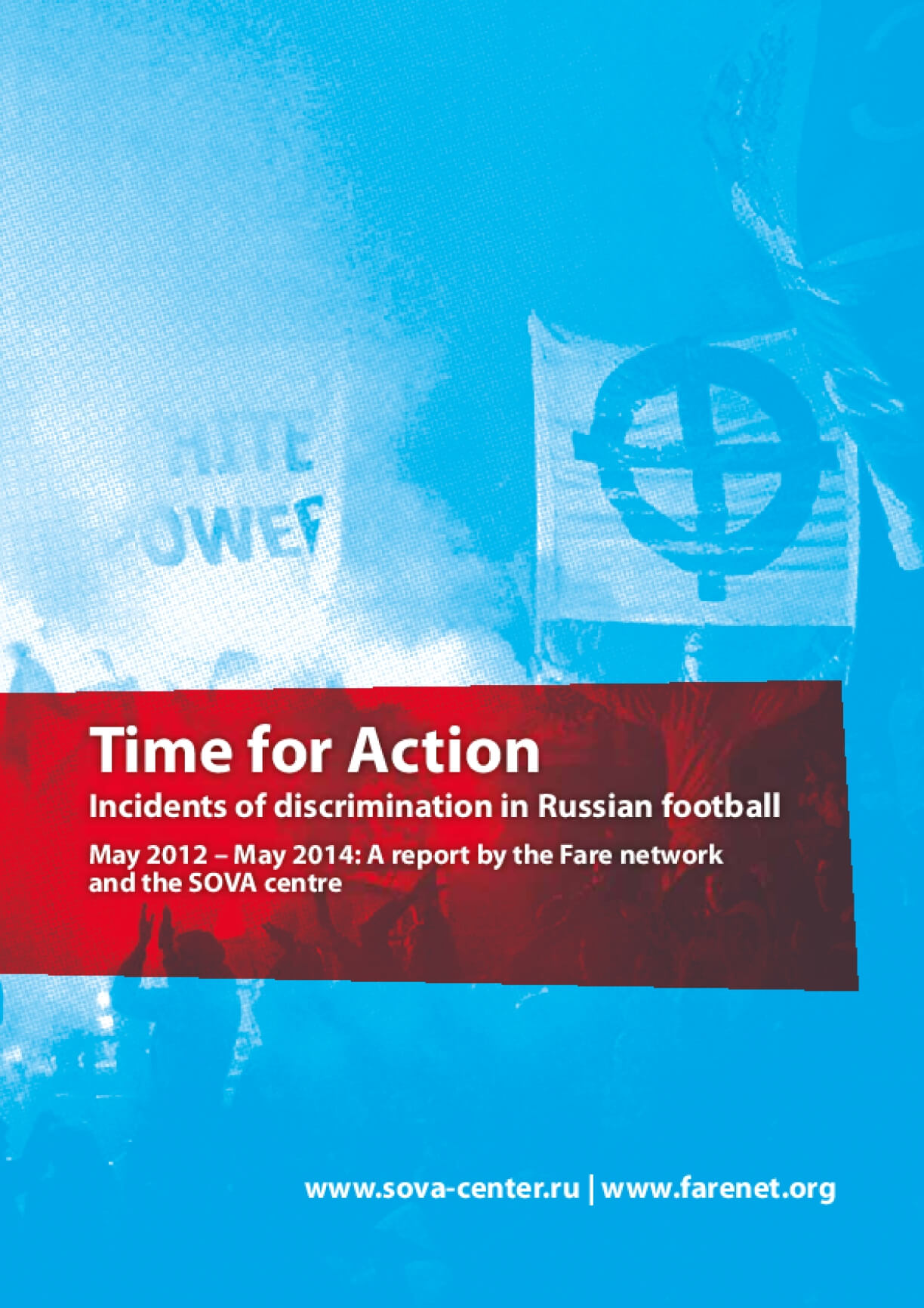