Time is of the Essence: What the past 500 years means for the future of Black Male Achievement

This timeline seeks to shed light on how 500 years of slavery, discrimination and disenfranchisement has contributed to the current employment and economic crisis faced by African American men in the United States. In 2012, there were almost 6 million African American men and youth unemployed or not actively seeking work. Of this number, nearly 3.5 million were low income - below 200% of the federal threshold. From the 1960's until today, unemployment rates for black men have been 2 to 2.5 times the white unemployment rate. At the height of the Great Recession, the unemployment rate for black men peaked at 14%, which was nearly double the national average of 6.6% and higher than the national average during the great depression. As of May 2014, there were 717,000 unemployed black youth between the ages of 16-24 in the United States. Recognizing the implications of the historical, social, and political factors and decisions that have contributed to the current employment crisis faced by African American men and youth is critical to shaping future policy. 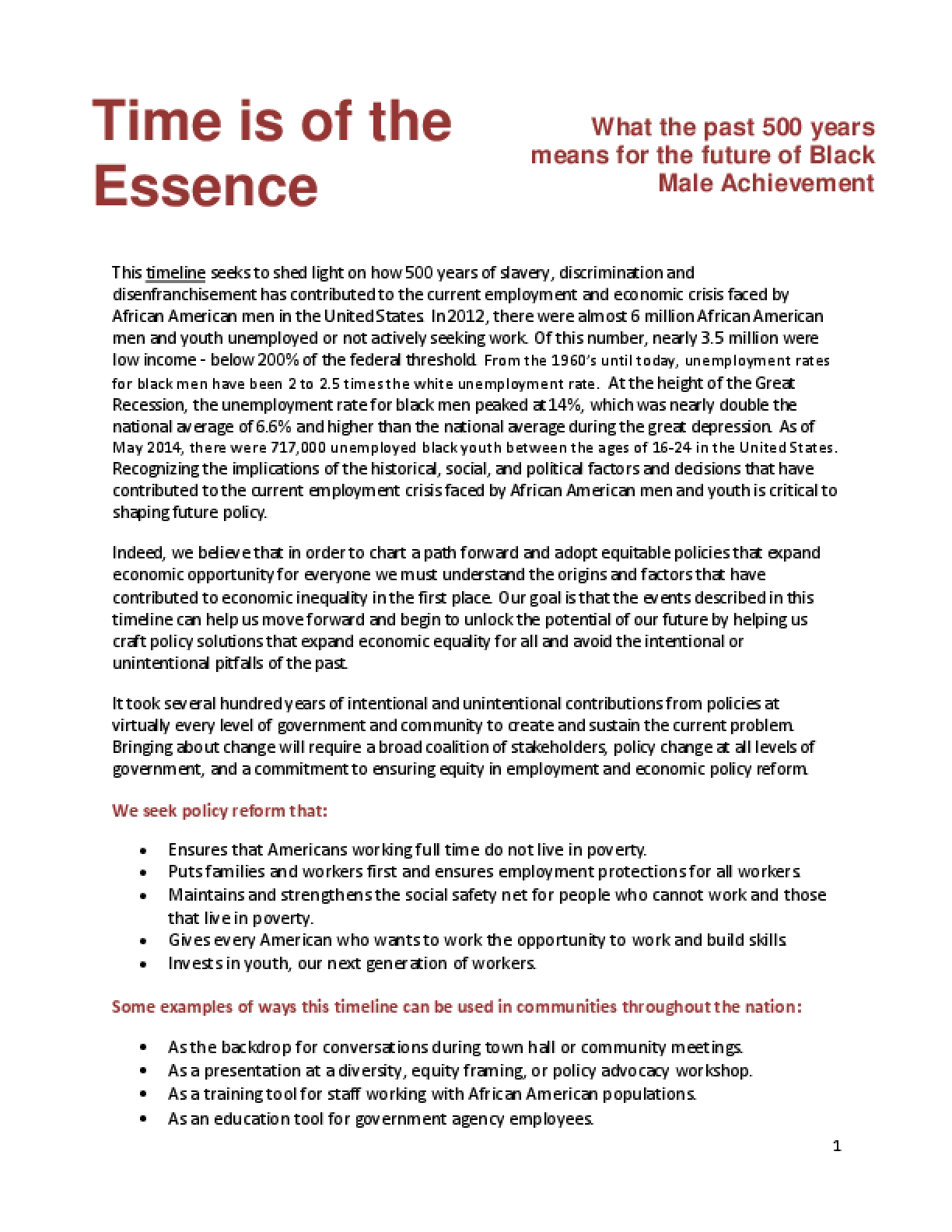