To Enroll or Not to Enroll? Why Many Americans Have Gained Insurance Under the Affordable Care Act While Others Have Not

According to the most recent Commonwealth Fund Affordable Care Act Tracking Survey, March–May 2015, an estimated 25 million adults remain uninsured. To achieve the Affordable Care Act's goal of near-universal coverage, policymakers must understand why some people are enrolling in the law's marketplace plans or in Medicaid coverage and why others are not. This analysis of the survey finds that affordability—whether real or perceived—is playing a significant role in adults' choice of marketplace plans and the decision whether to enroll at all. People who have gained coverage report significantly more positive experiences shopping for health plans than do those who did not enroll. Getting personal assistance— from telephone hotlines, navigators, and insurance brokers, among other sources— appears to make a critical difference in whether people gain health insurance. 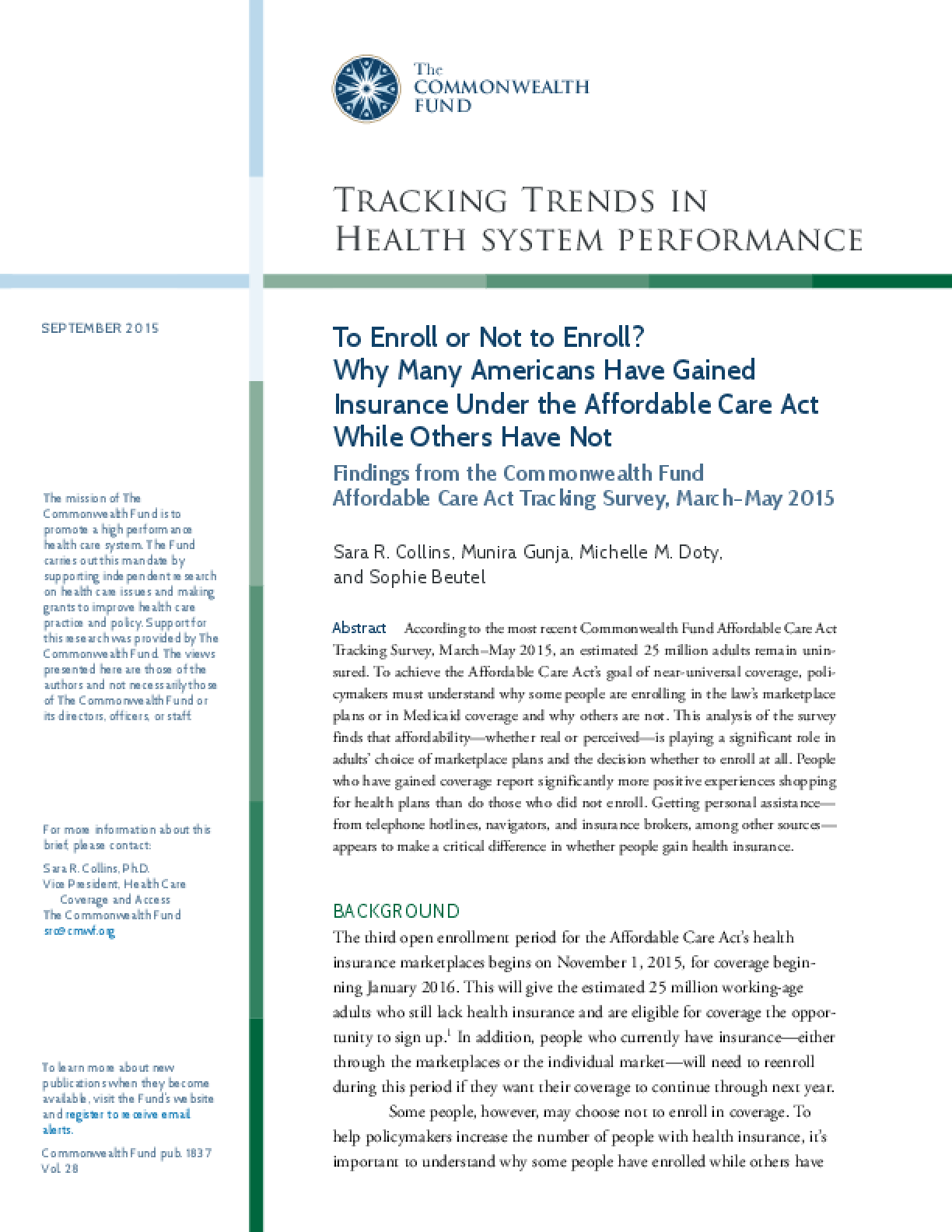