The work of law enforcement involves countless low-visibility duties that are often risky, challenging, and dangerous. Over the last three years, however, members of the public have brought increased attention to incidents of police-community conflict, violence, and misconduct, sparked by several high-profile deaths of people of color, many of them unarmed, during seemingly routine police encounters. These incidents—many of which were captured unfiltered on video and widely disseminated—have resulted in scrutiny of police officer behavior and, in particular, have reignited a debate over the extent to which police may use deadly force against civilians. The ensuing public attention has also signaled a marked erosion in police-community relations and perceptions of police legitimacy and accountability. At the same time, killings of police officers in New York City, Dallas, and Baton Rouge increased concerns about officer safety. To address these issues, localities, states, and the federal government have begun to examine ways to increase public confidence and police safety. In all, 34 states and the District of Columbia enacted at least 79 bills, executive orders, or resolutions in 2015 and 2016 to change some aspect of policing policy or practice—a marked contrast to the relatively few laws related to policing that were passed by states between 2012 and 2014. 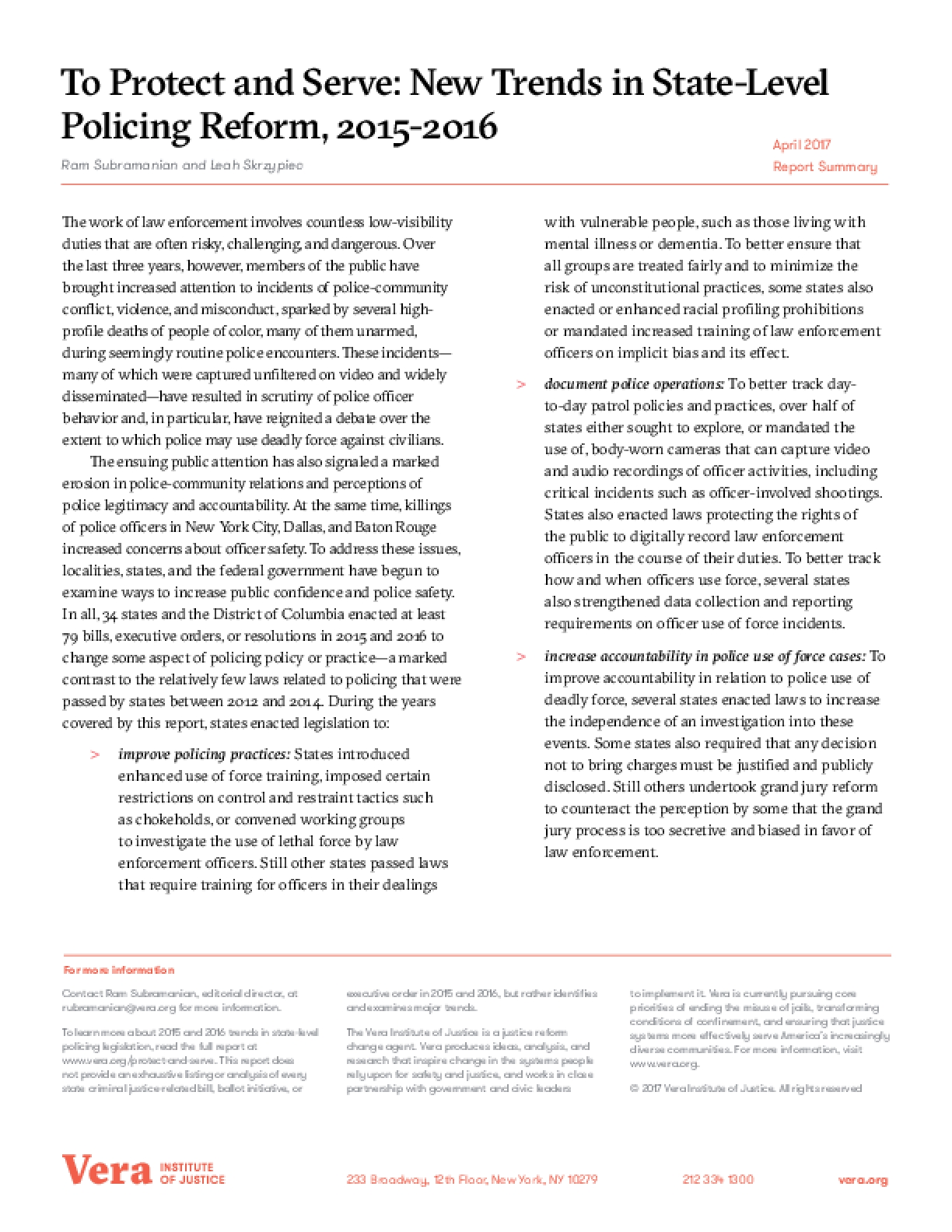