To Protect and Serve? Unequal Treatment in the Billings Police Department

In recent years, the Billings Police Department and its leadership have been in the news with reports of accusations of police brutality and misconduct. A study conducted by Montana People's Action (mpa) reveals deeper problems within the police department that lead to distrust and fear among residents of certain parts of the city. The study has found that in the Southside neighborhood, the Police Department is known for racial profiling and discrimination, gender discrimination, mistreatment of domestic violence victims, and demeaning treatment of low-income residents. Surveys comparing the sentiments of residents of the Heights and residents of the Southside uncover two sides of the Billings Police Department – one side that serves and protects the wealthier white residents of the city, another that ignores or abuses their poorer neighbors and people of color. 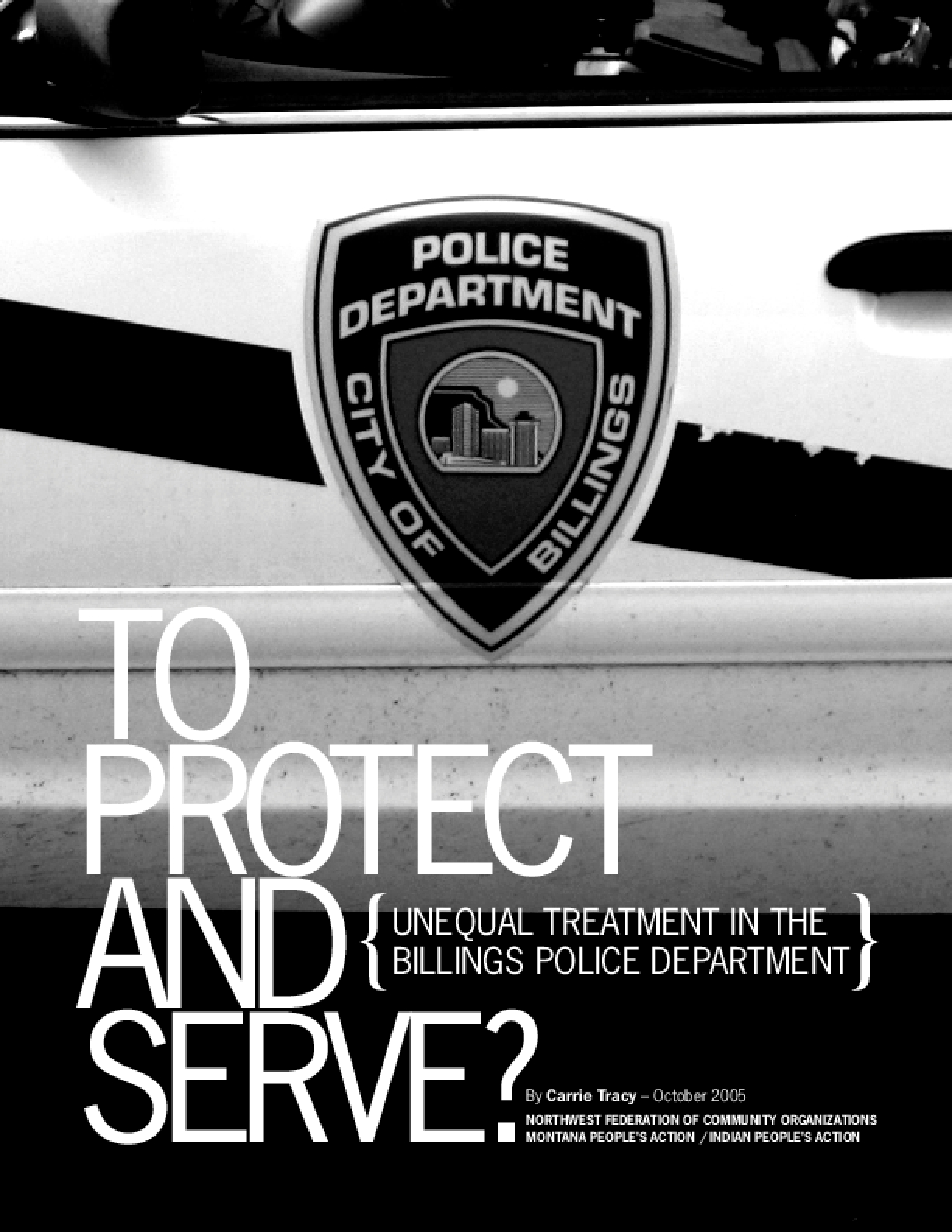