Too High a Price: Out-of-Pocket Health Care Costs in the United States

Whether they have health insurance through an employer or buy it on their own, Americans are paying more out-of-pocket for health care now than they did in the past decade. A Commonwealth Fund survey fielded in the fall of 2014 asked consumers about these costs. More than one of five 19-to-64-year old adults who were insured all year spent 5 percent or more of their income on out-of-pocket costs, not including premiums, and 13 percent spent 10 percent or more Adults with low incomes had the highest rates of steep out-of-pocket costs. About three of five privately insured adults with low incomes and half of those with moderate incomes reported that their deductibles are difficult to afford. Two of five adults with private insurance who had high deductibles relative to their income said they had delayed needed care because of the deductible. 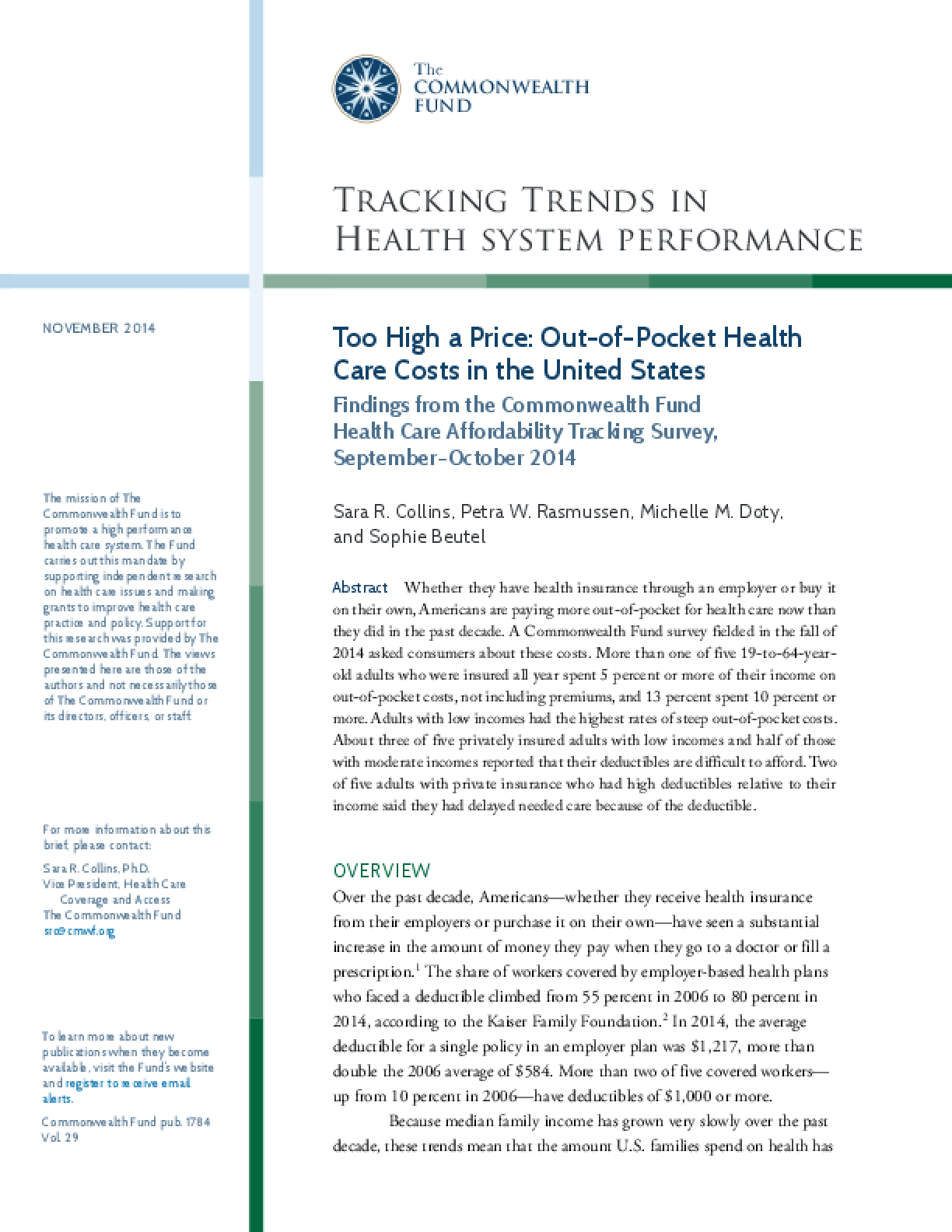