These results are based on a survey of 736 weekday riders of the Silver Line 4 and 5 between Dudley Station and Downtown Boston and the 28 bus running between Dudley Station and Mattapan Station. The project was conducted by The MassINC Polling Group. The sample comprises 312 Silver Line riders and 424 riders of the 28 bus. An identical questionnaire was conducted on both routes via face-to-face interviews with riders as they waited for the bus at Dudley Station and at other stops along each line. Survey points were selected with probability proportional to size, based on ridership data provided by the MBTA. Silver Line interviews were conducted by Cunningham Test America for The MassINC Polling Group. Interviews along the 28 bus were conducted by community members from Roxbury and Mattapan organized and supervised by Nuestra Comunidad. The data were weighted to reflect known demographics for riders of each route and the weekday ridership of each route relative to the other. The margin of sampling error for this study is 5 percentage points at the 95 percent level of confidence, including a design effect of 1.39. 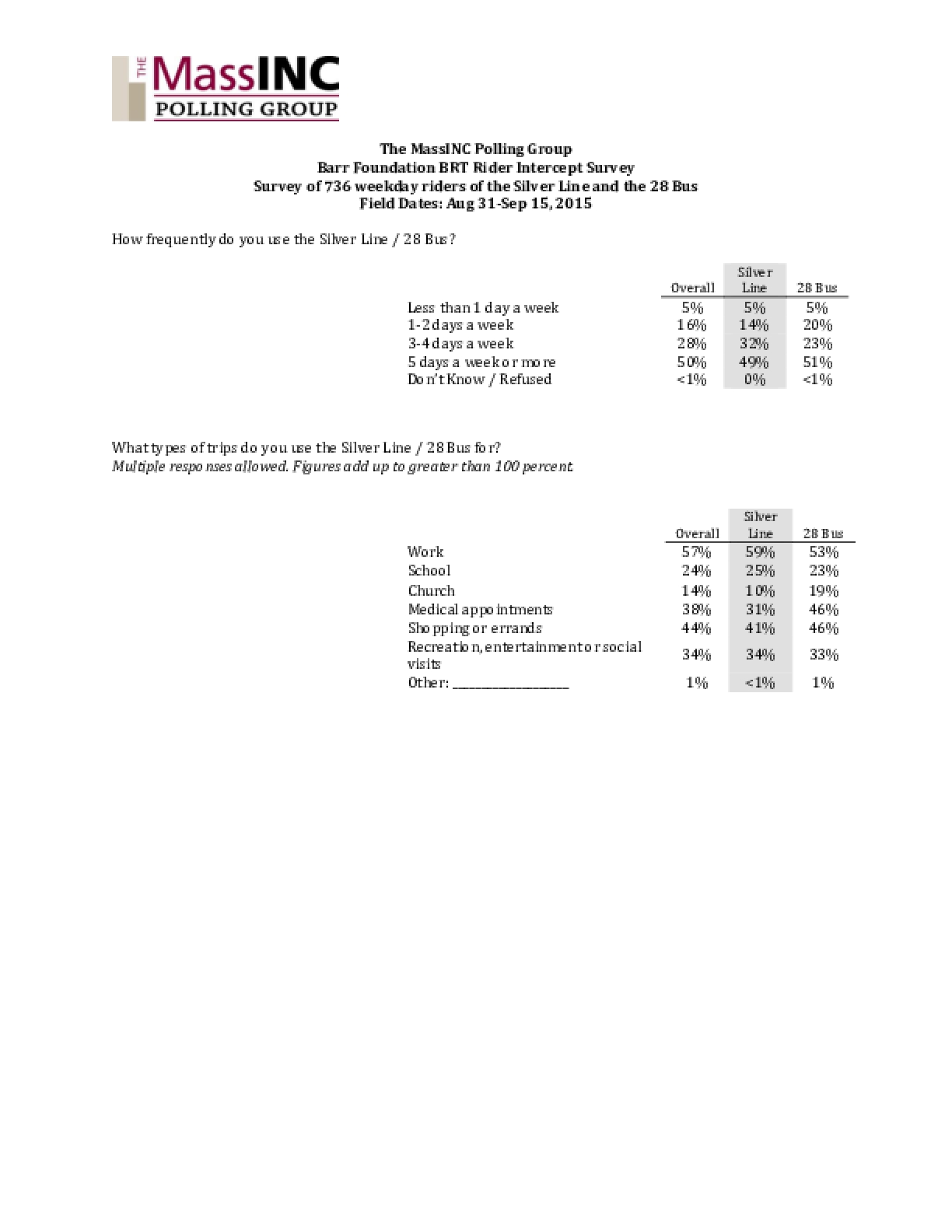