More than half of America's major police departments are struggling to solve homicides at the same level of success they enjoyed a decade ago, according to a study of federal crime records by the nonprofit Murder Accountability Project.

The study focused on the nation's 160 police departments that investigate at least 10 homicides a year and that also faithfully report crime data to the FBI's Uniform Crime Report. Of these, 86 departments (54 percent) reported less success in solving murders committed during the 10-year period 2006-2015 than in the preceding decade of 1996-2005, while 74 police agencies (46 percent) reported improving clearance rates.

The purpose of MAP's study was to learn which law enforcement jurisdictions in the United States generally have improved homicide clearance rates and which jurisdictions experienced declines. Under U.S. Justice Department definitions, a homicide is "cleared" if at least one person is arrested, formally charged and handed over for prosecution.

The study identified the 10 police agencies that reported the most improvement in homicide clearances and the 10 departments reporting the worst decline in solving murders. 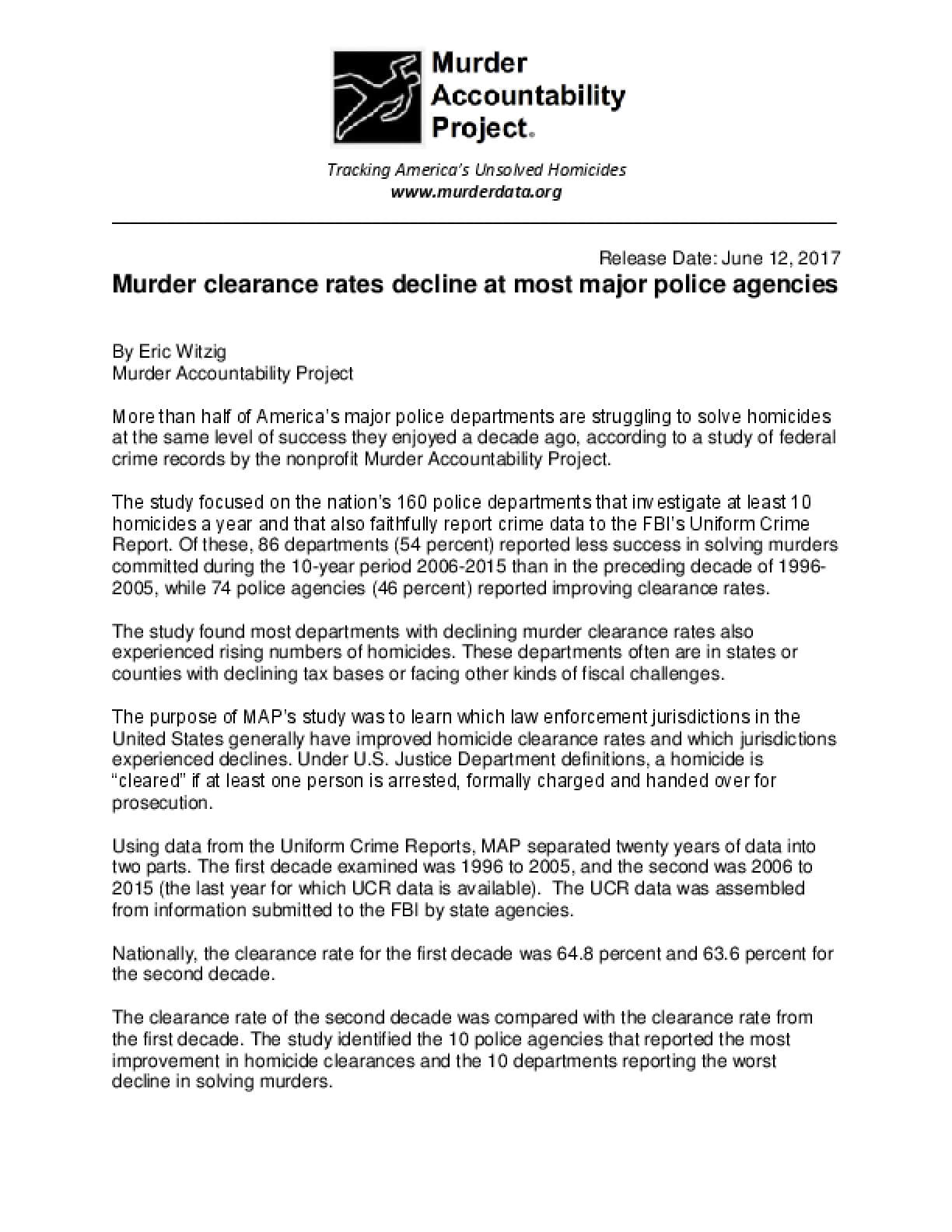