Inequality in income, consumption, education, and quality of life across populations has become a growing concern in the United States. As the nation's attention shifts toward issues of inequality, it is important to understand the prevalence of inequality in Oregon. However, studying income inequality alone is not sufficient; counties with low income inequality can have high poverty, among other challenges. County and state variations in income inequality are partially due to differences in the population, their earning potential and their access to high-wage work. By examining poverty and inequality together, it is possible to gain a fuller understanding of the economic well-being of communities. Findings from this study reveal that: 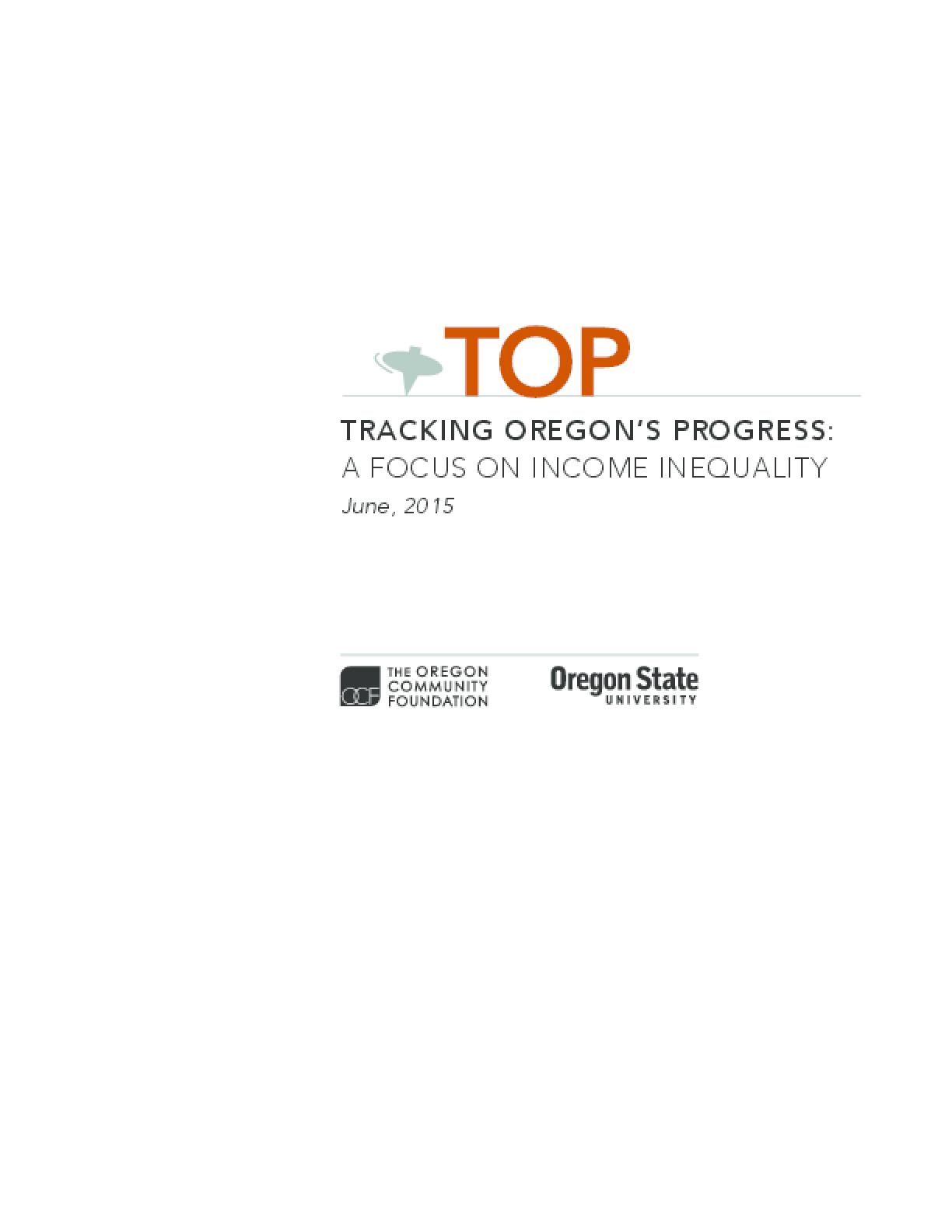