In 1989, Oregon embarked on a novel experiment to track the progress of the state toward a set of economic, social and environmental goals embodied in the state strategic plan Oregon Shines. The task of tracking a set of indicators to measure progress was assigned to a new state entity: the Oregon Progress Board. For two decades, the Progress Board measured the state's progress using a set of social, economic and environmental indicators. After the 2009 report was completed however, the state decided not to continue funding the Progress Board and discontinued the tracking of state and county indicators. This 2014 report is a report to the people of Oregon. It identifies trends in the state that suggest both progress toward prosperity as well as issues that may be a source of future barriers and concerns. Like those who led previous indicator efforts, we hope that the report and website will be used by policymakers, government analysts, the press, business and civic leaders and the civically-engaged population to better understand the current social, economic, and environmental condition of the state. 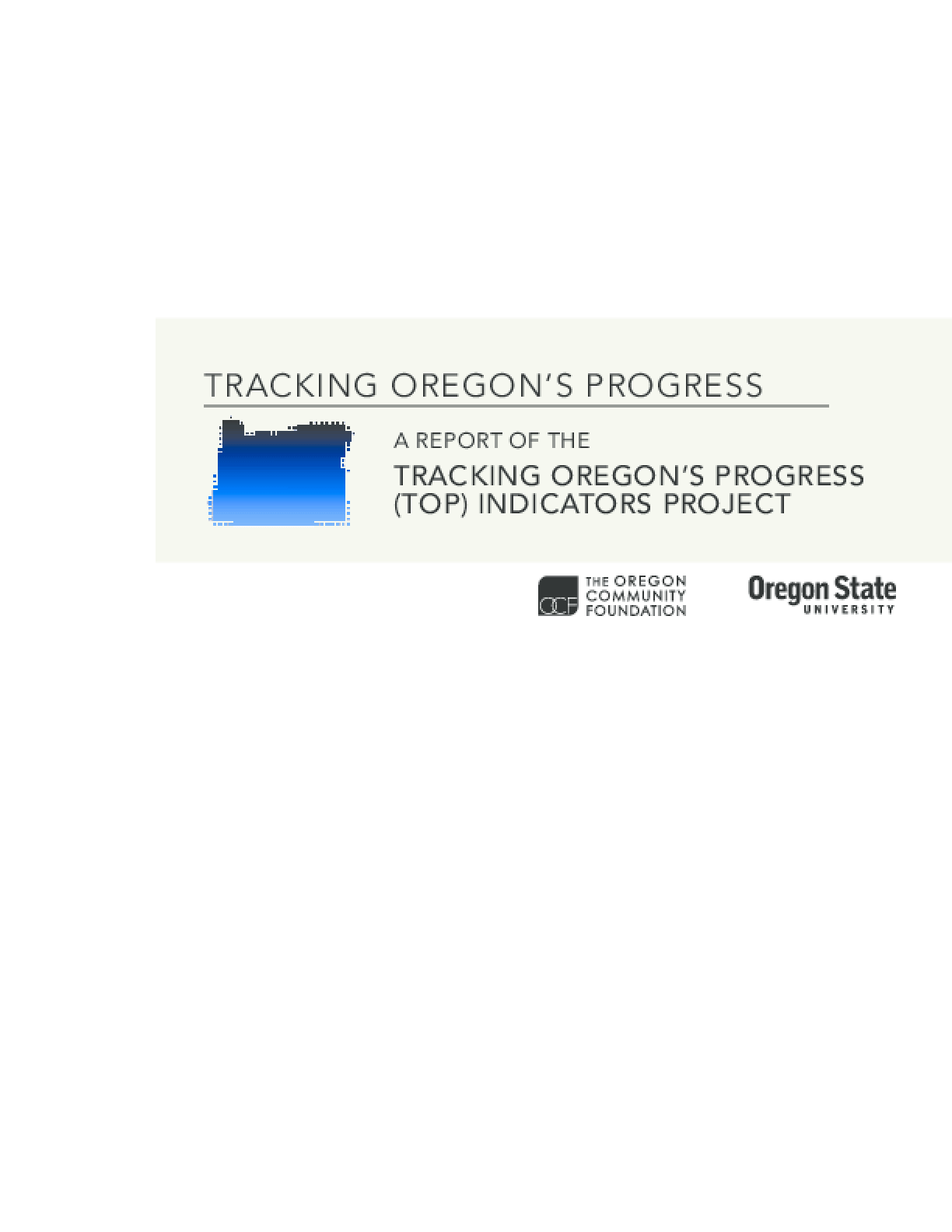