President Biden assumed office after making considerable commitments to implement changes to legal immigration in the United States, both to reverse harmful changes by former President Trump, but also in reforming and updating the system more broadly. Trump executed prolonged attacks on many categories of immigrants in thinly veiled attempts to limit the number of noncitizens entering the United States temporarily and permanently. These changes created a series of often duplicative barriers impacting the same populations and limiting the ability of many noncitizens to obtain or maintain immigration status in the United States. While the Biden administration has made significant progress in meeting many of its commitments in restoring and reforming legal immigration in the United States, significant barriers to access remain that will need to be addressed for the system to function in a meaningful manner.

This special report analyzes some of the most significant changes to immigration policy made by the Trump administration, as well as the subsequent commitments and accomplishments made by the Biden administration on these issues during its first 100 days. The report also provides recommendations for action throughout the remainder of the Biden presidency to foster a fair and efficient system of legal immigration. 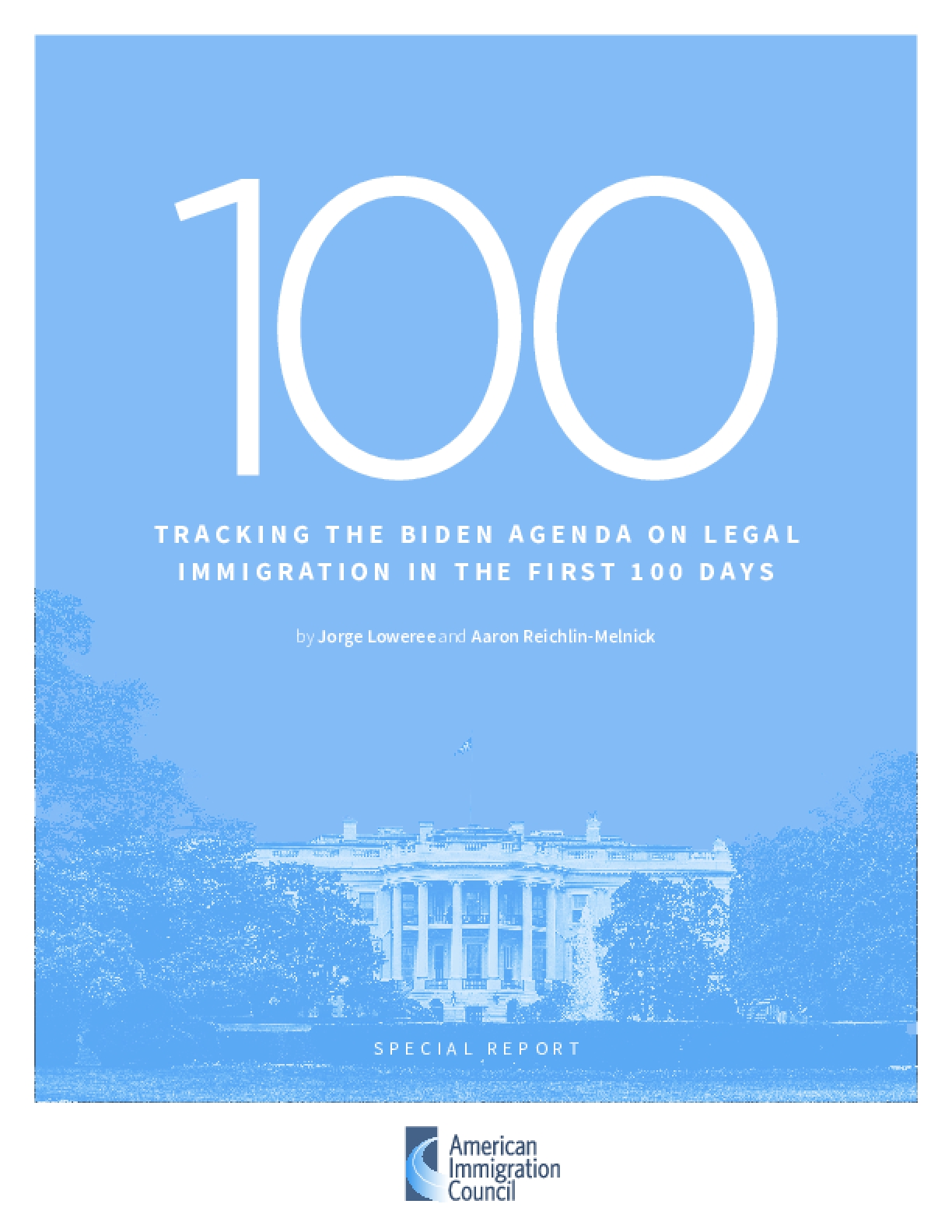