The federal Trade Adjustment Assistance (TAA) program was established to mitigate the economic and personal harm caused by trade-related job loss. During the 2007 recession, Ohio saw record numbers of workers become eligible for the program. In 2011, the second year of the recovery, the number of petitions certified under the program and the number of impacted workers has sharply declined. Eligibility requirements and benefits have varied since the program's enactment in 1974. TAA has generally provided subsidized training, a refundable tax credit for health coverage, case management and some income support to eligible workers who exhaust unemployment insurance benefits. TAA provides more comprehensive support than unemployment compensation and is available for a longer period of time, going beyond even the 99 weeks of unemployment compensation that was available under federal extended UC benefits until earlier this year. Key findings 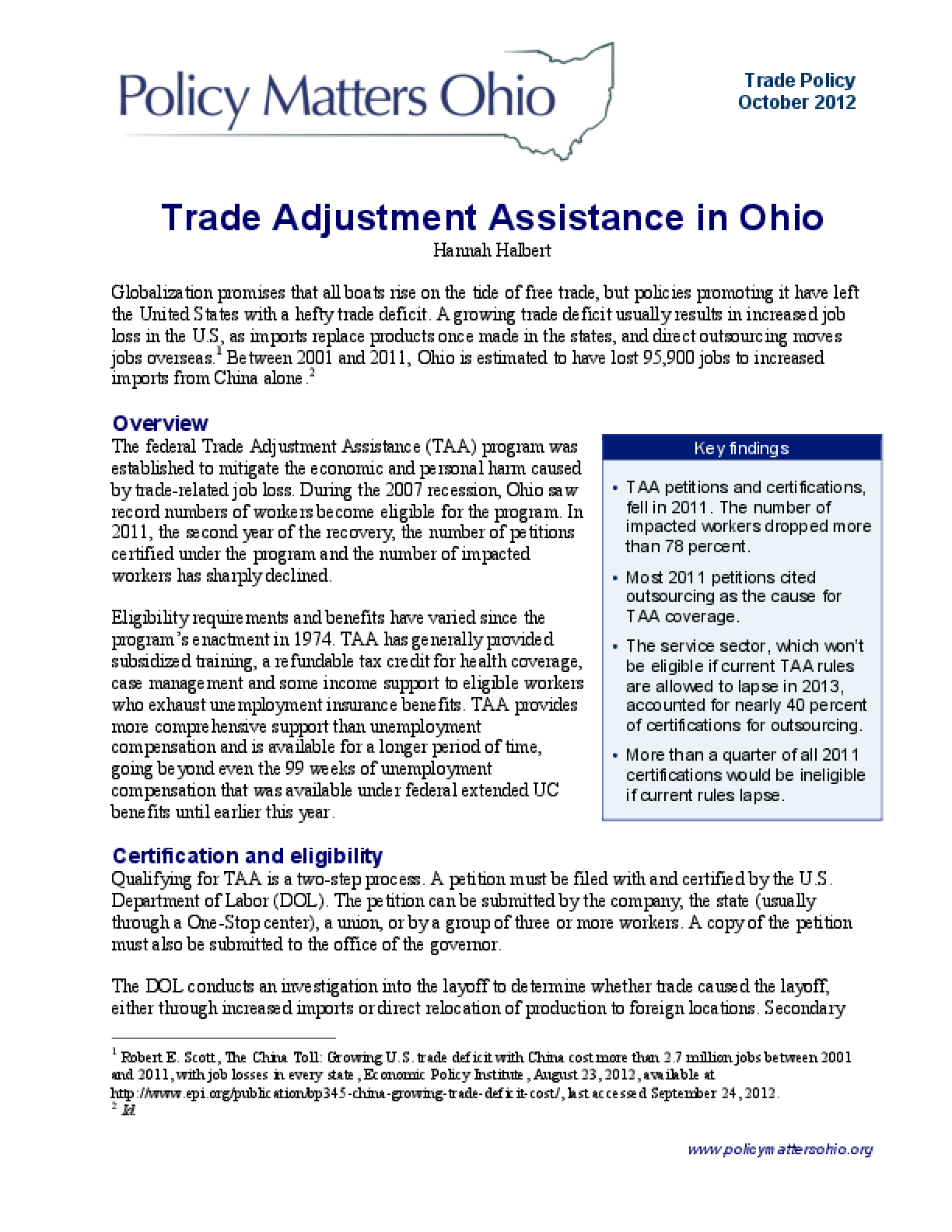