Trading Up: How Expanding Trade Has Delivered Better Jobs and Higher Living Standards for American Workers

Opponents of trade liberalization have sought to indict free trade and trade agreements by painting a grim picture of the economic state of American workers and households. They claim that real wages have been stagnant or declining as millions of higher-paying middle-class jobs are lost to imports. But the reality for a broad swath of American workers and households is far different and more benign. Contrary to public perceptions: The large majority of Americans, including the typical middle-class family, is measurably better off today after a decade of healthy trade expansion. 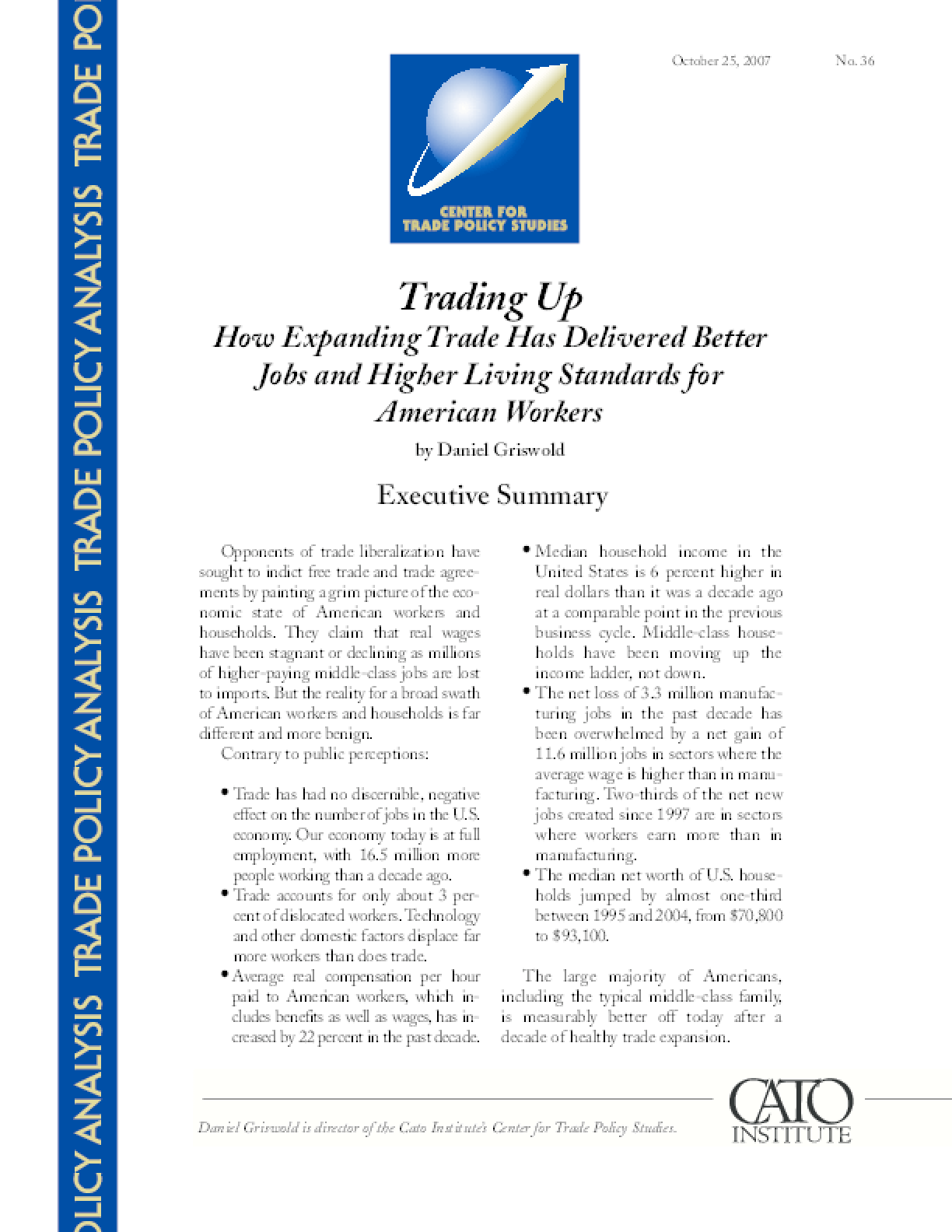