It has long been known that New York's heavy traffic too often leads to injury and asthma. With the release of "Traffic's Human Toll" there is new, measurable evidence that high traffic volumes also impose significant negative impacts on New Yorkers' quality of life. "Traffic's Human Toll" finds that New Yorkers living on streets with high volumes of traffic spend less time outside and are more likely to restrict their children's outdoor play compared to people who live on "medium" and "low" traffic streets. The study also finds that compared to residents on low traffic streets, residents on high traffic streets are twice as likely to be disrupted by traffic while they are walking, talking, eating, playing with kids and sleeping. Further, the study finds that New Yorkers on high traffic streets harbor more negative perceptions of their block, are more frequently disturbed during sleep, meals, and conversations, and, in two of the four study areas, possess significantly fewer relationships with their neighbors compared to residents on low and medium traffic streets. Based on these findings, it is no surprise that 49% of all respondents stated that reducing the number of cars traversing their street would "totally improve" their quality of life. Of those respondents residing on heavy traffic streets, that figure jumps to 62%. A team of 21 researchers interviewed over 600 residents in Brooklyn Heights, Astoria, Chinatown and High Bridge. In each of the four neighborhoods, they interviewed residents on high (over 5,000 vehicles per day) medium (between 2,000 and 3,000 vehicles per day) and low (less than 1,000 vehicles per day) volume streets in order to generate an accurate and rigorously analyzable sample. This new data adds to the cry that the Mayor -- following the lead of London and other world class cities that are reducing traffic volumes -- should get serious about redressing New York's ever worsening traffic problem. 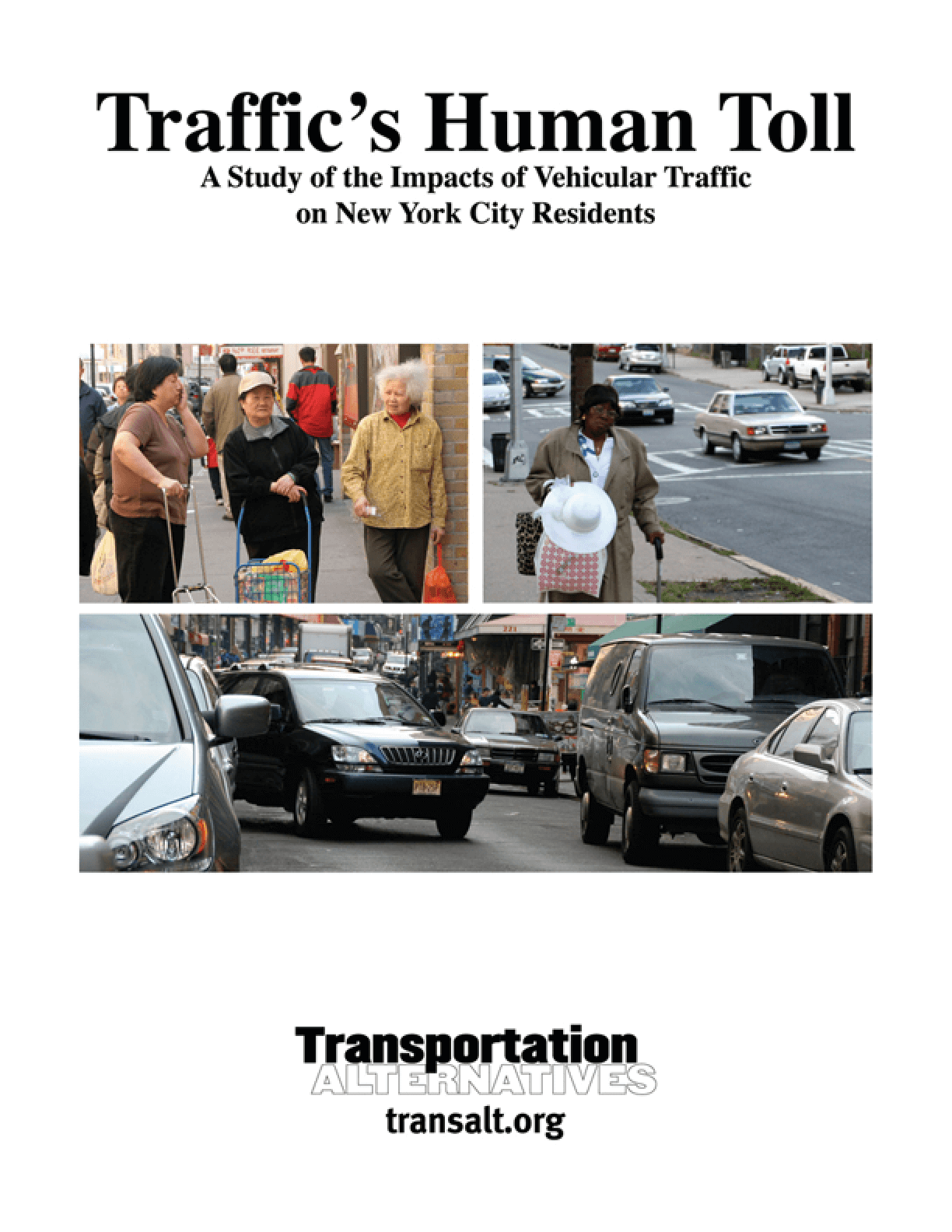