Transforming Self and Society: Volunteerism, Gender and Governance in the Arab Region

With a focus on the nexus between gender, governance and volunteerism, this paper casts aside "transitions" in favor of exploring transformations - those that have been successful, are contested, or have been impeded in some way. The underlying rationale is that a wave of transformations has been unleashed, with 2011 as a turning point; cultural, political and social, and there is a need to examine the entire trajectory via a longue durée approach rather than focus on short-term shifts and changes. The aim is to better understand how the shifting role of women volunteers have influenced or otherwise addressed inequities in political governance within the Arab Region across that trajectory. 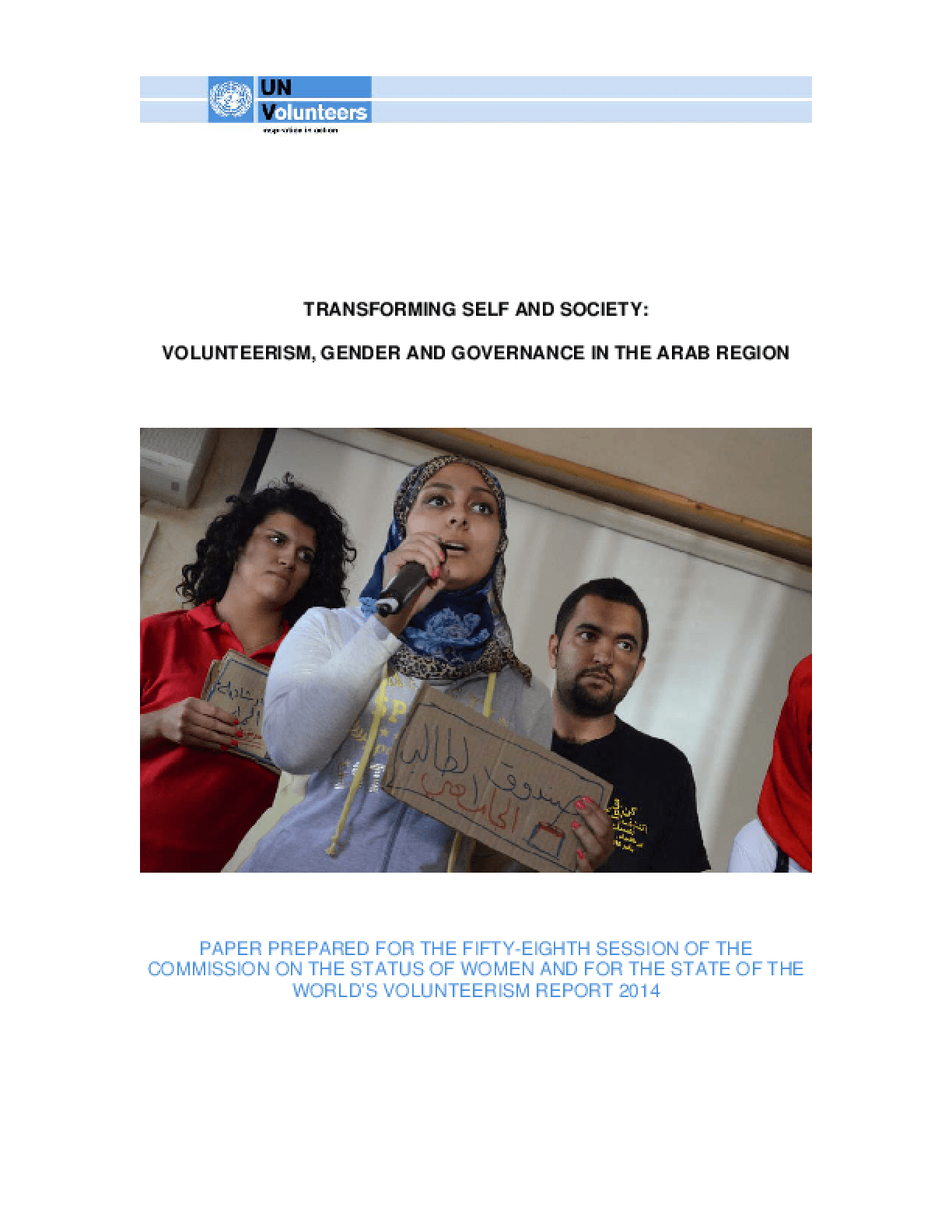