After hearing numerous complaints of police abuse and misconduct against LGBTQ people in Jackson Heights, Queens, Make the Road New York (with help from the Anti-Violence Project) surveyed over 300 Queens residents about their experiences with police in the neighborhood. The survey findings and individual testimonies reveal a disturbing and systemic pattern of police harassment, violence, and intimidation directed at LGBTQ community members. The discriminatory use of "stop and frisks" in the policing of communities of color has been well documented -- the 110th and 115th precincts that are responsible for policing Jackson Heights had 90%-93% rates of stop and frisk activity towards people of color in 2011. Our survey reveals, however, that within this community LGBTQ people of color are particularly targeted. 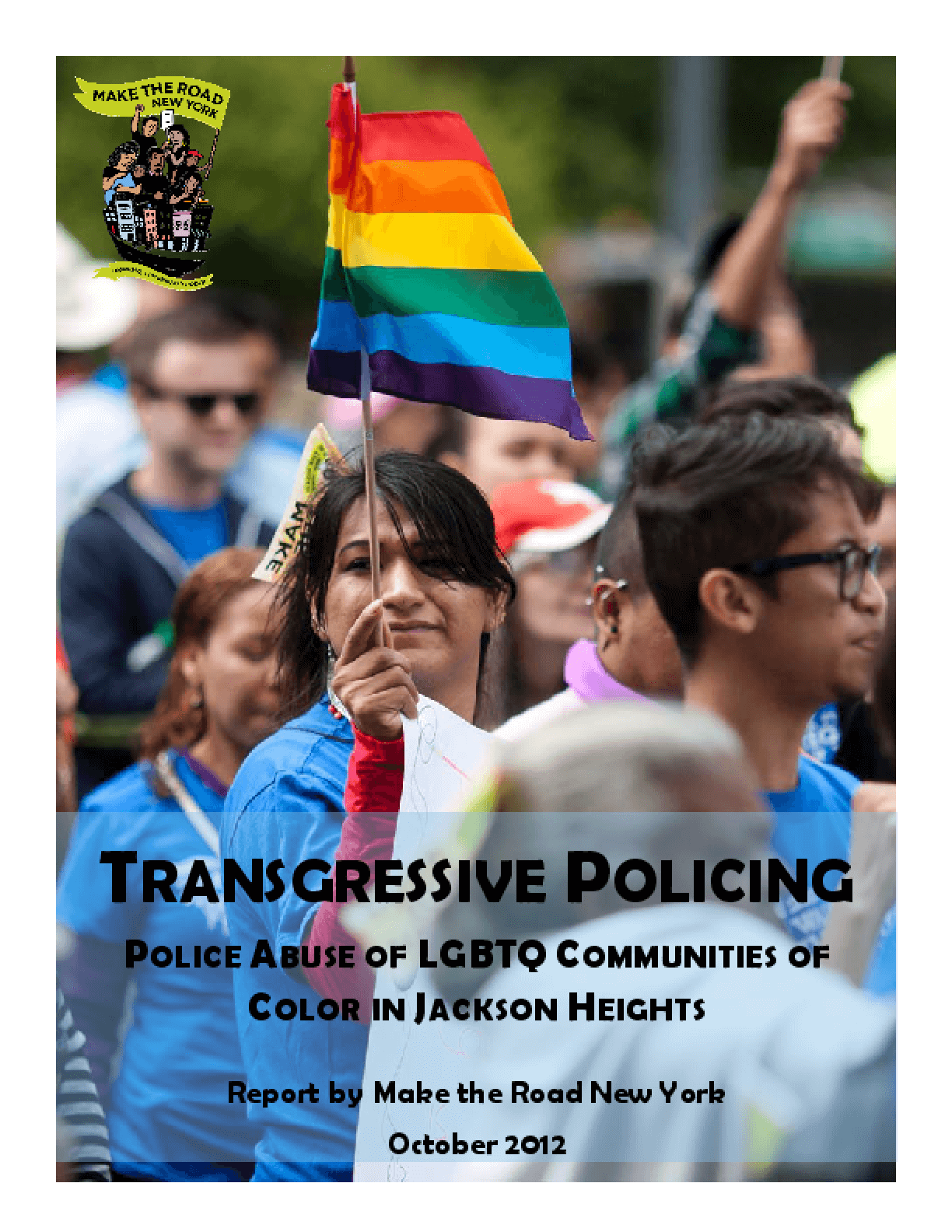