Trash in America: Moving from Destructive Consumption to a Zero-Waste System

The United States produces an immense amount of waste. Natural resources are continually extracted to produce goods that are used in the U.S. – often only briefly – before they are thrown into landfills, incinerators or the natural environment. This system of consumption and disposal results in the waste of precious resources and pollution that threatens our health, environment and global climate. Because the costs of this system fall on society at large – not on the producers and consumers that drive it – there are few direct incentives for change.To protect public health and the envi-ronment, conserve natural resources and landscapes, and address the mounting crisis of global warming, America should move toward an economic system characterized by zero waste. To achieve that goal, federal, state and local governments should enact policies and programs that incentivize shifting to a "circular," or "closed-loop," economy in which less is consumed and all materials are reused, recycled and composted in a continuous cycle. The U.S. produces more than 30 percent of the planet's total waste, though it is home to only 4 percent of the world's population. In 2014 alone, the U.S. threw out over 258 million tons of "municipal solid waste," or trash discarded by homes, businesses and institutions, such as univer-sities and libraries. A Columbia Univer-sity study estimates that Americans throw out 7 pounds of materials per person every day – that's 2,555 pounds of materials per American every year. Those materials make up only 3 percent of all solid waste in America – the vast majority is generated by industrial processes such as mining, manufacturing and agriculture. 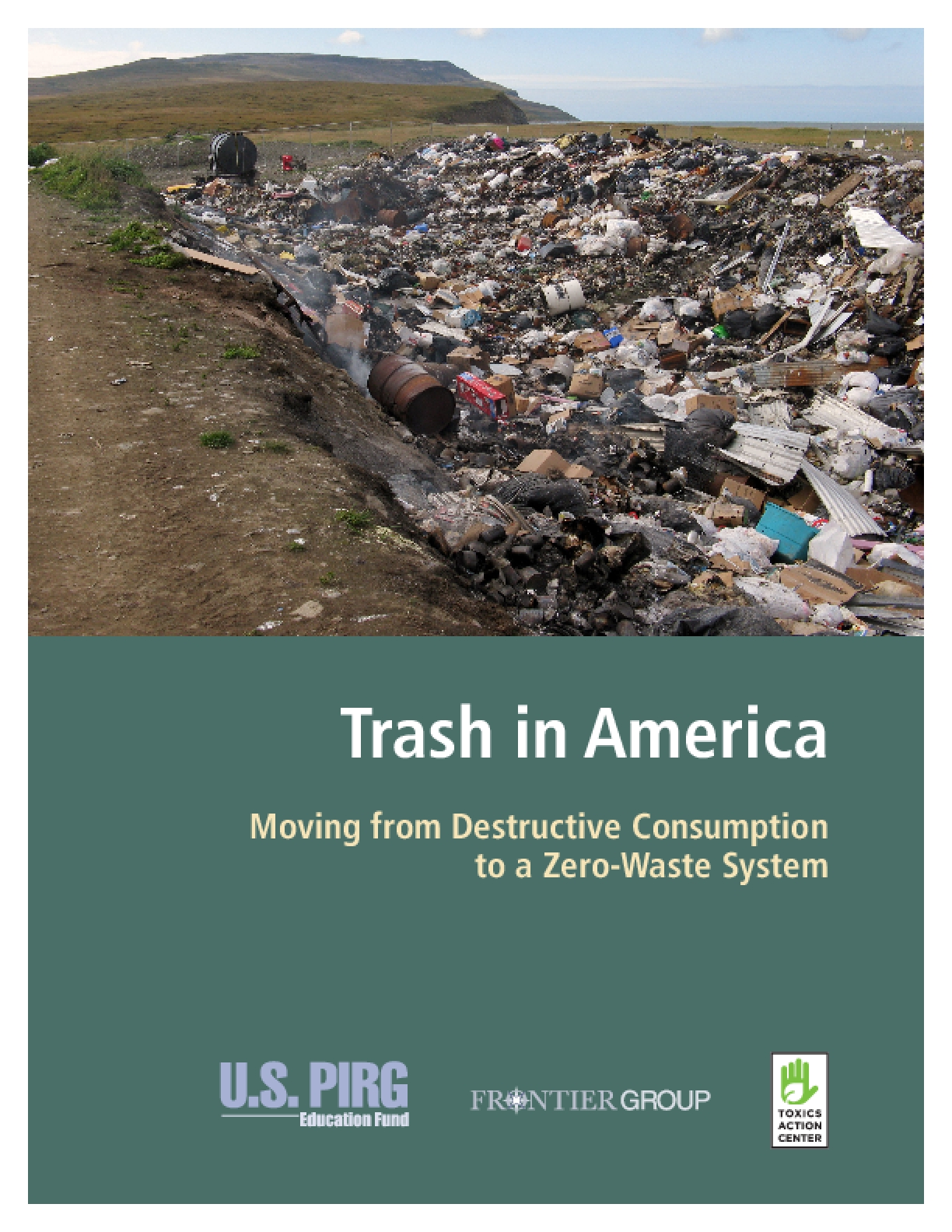