This report focuses on trends in Chicago juvenile arrests from 2009 to 2012.

Some key findings include: 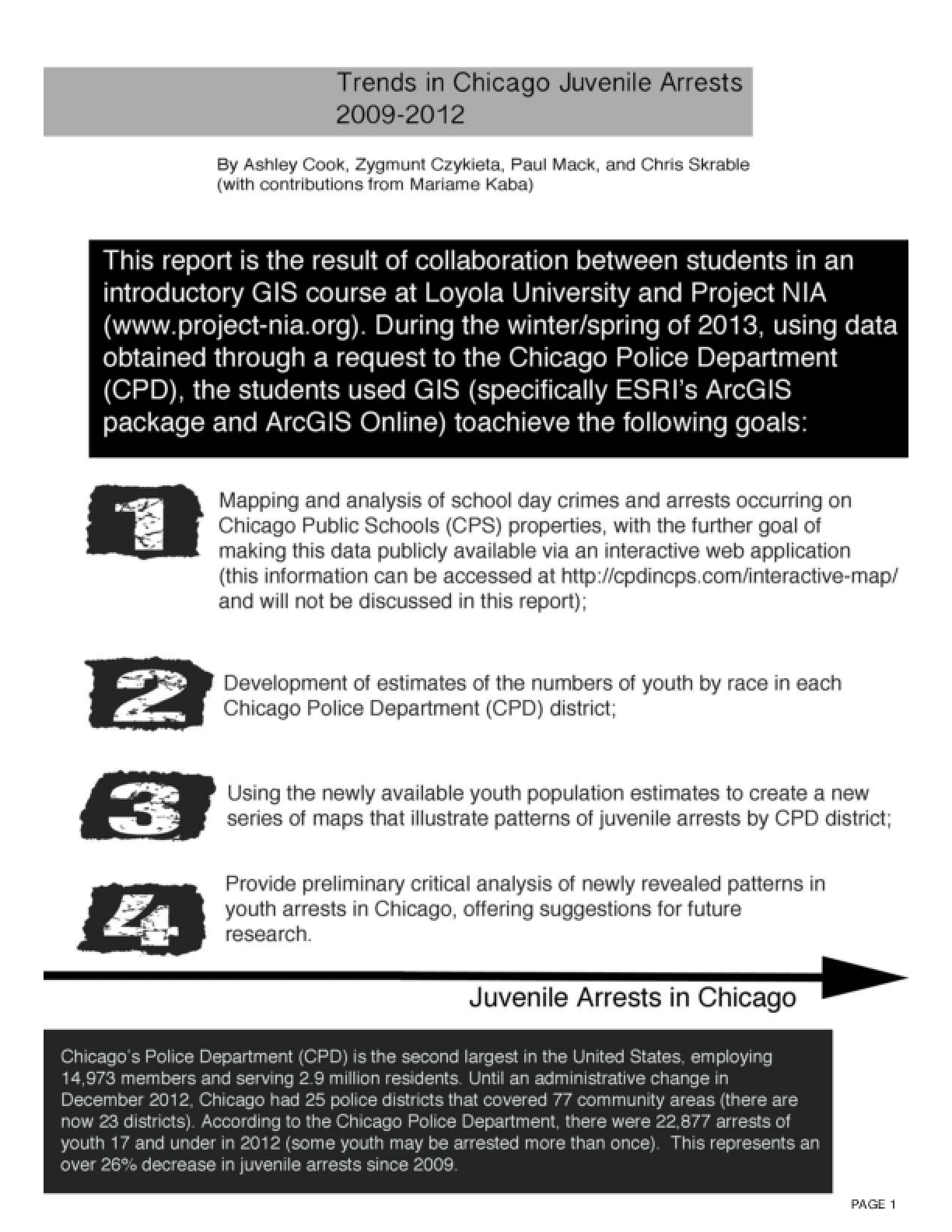