Two years ago, we explored philanthropy's response to the worst economic crisis in our country since the Great Depression. We reported that contributions from foundations and corporations declined over 23% from 2008 to 2010 because of the recession's impact on foundation assets and uncertainty about the future. In this report, we analyzed 23,783 grants to Northwest organizations from 245 funders in 20121, totaling $958,347,806. This represents a 4% decline in giving over 2010. We were not surprised by this finding. The Foundation Center predicted that national giving by foundations and corporations would remain flat in 2012 given the volatile economic recovery, while over 77% of Philanthropy Northwest members that responded to our annual survey expected their giving to remain flat or decrease.

Other key findings from this edition of Trends in Northwest Giving include: 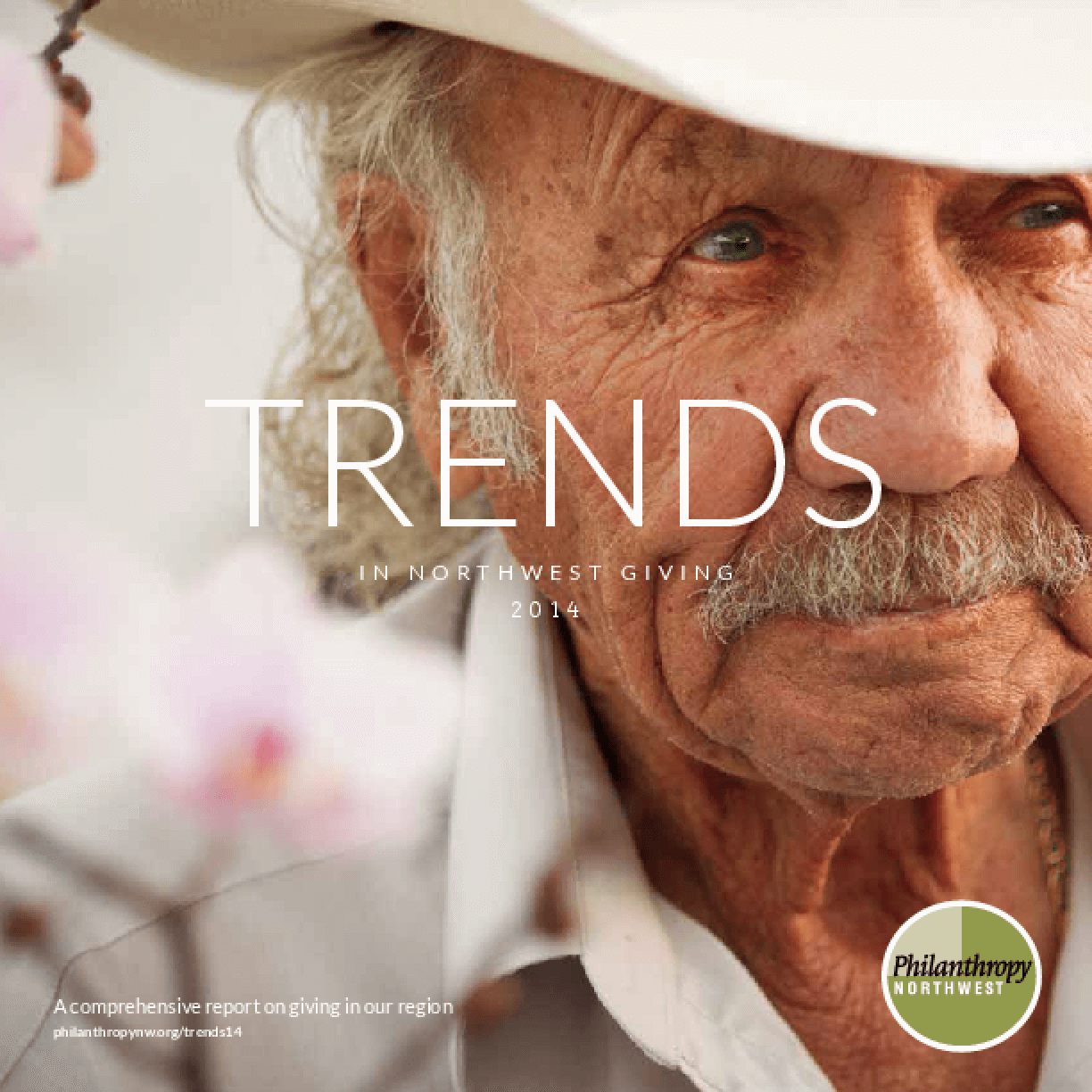