Retail prices for widely used brand name prescription drugs increased substantially faster than general inflation in every year from 2006 to 2020. Between 2019 and 2020, retail prices for 260 brand name prescription drugs widely used by older Americans, including Medicare beneficiaries, increased by an average of 2.9 percent. In contrast, the general inflation rate was 1.3 percent over the same period. Brand name drug prices have routinely increased much faster than general inflation over the past 16 years—the entire period during which the AARP Public Policy Institute has been publishing this report series. 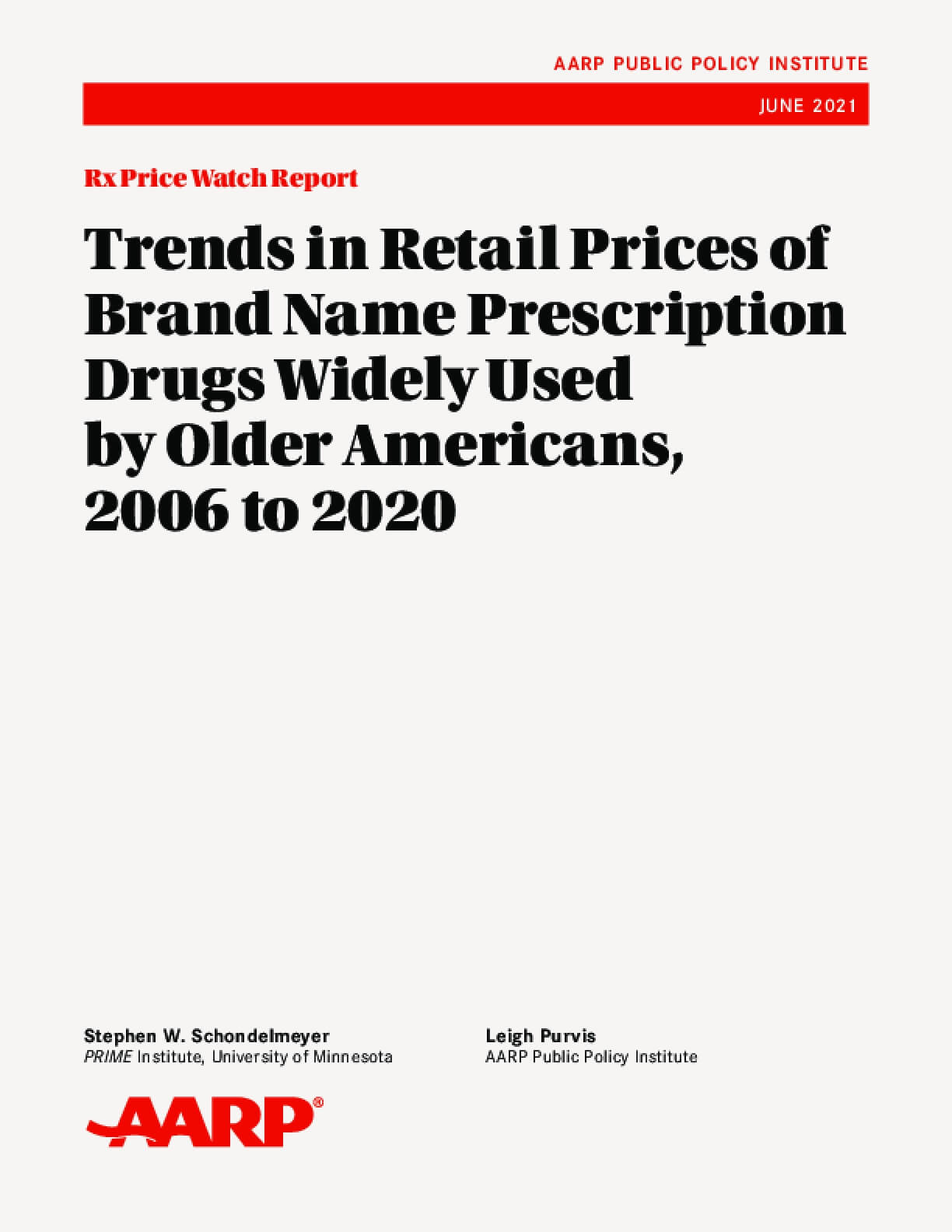