Troubling Signs for South African Democracy under the ANC

Thirteen years ago, South Africa underwent a peaceful transition from white minority rule to majority rule. Today, the country is a stable multiparty democracy. It has the largest and the most sophisticated economy in Africa, which generates almost 40 percent of all the wealth produced on the African continent south of the Sahara. The African National Congress government, which came to power in 1994, deserves credit for stabilizing the economy and returning it to a steady, albeit slow, growth path. The ANC's democratic record is less impressive. The government has transformed the state-owned South African Broadcasting Corporation into an ANC propaganda machine that has banned some of the government's most prominent critics from appearing on it. The culture of political correctness stifles public debate over the direction of South Africa's economic and social policies. Those who dare to criticize the government are often labeled as racist. Moreover, the ANC is considering new laws that would undermine judicial independence. It is increasingly apparent that the ANC wishes to dominate the social and institutional life of South Africa in the same way that it dominates the country's political life. Fortunately, the ANC continues to put great value on its international reputation and tends to be hypersensitive to international criticism. When the government does not act in accordance with the spirit of liberal democracy, members of international civil society groups, the diplomatic corps, and the business community should voice their concern. Constructive criticism could change the ANC's behavior and positively influence political developments in South Africa. 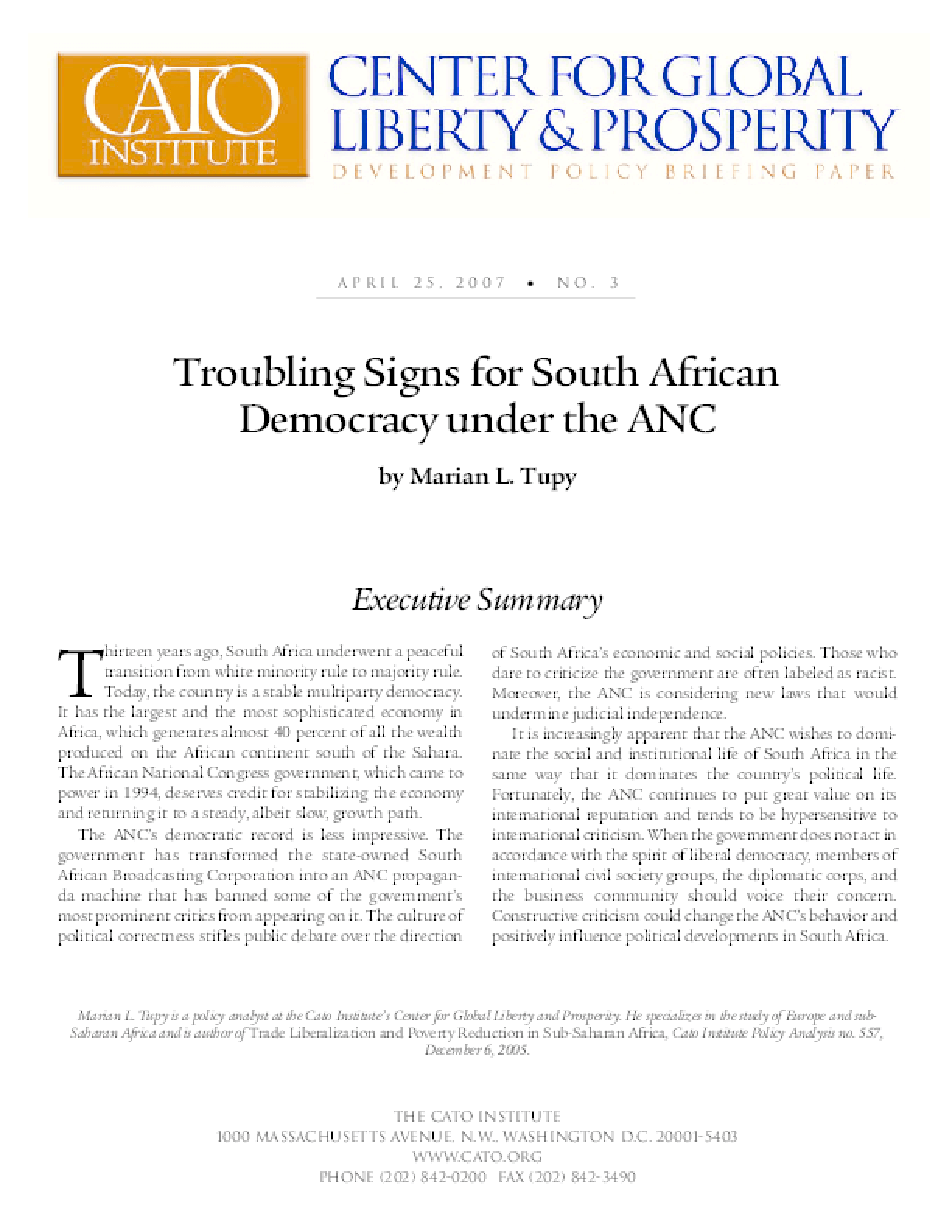