Trump Rule Would Threaten Low-Wage Legal Immigrants in the U.S. If Their Families Receive Any of Wide Array of Benefits, Including the Earned Income Tax Credit

The Trump Administration is planning a radical change in policy that would jeopardize the immigration status of substantial numbers of legal immigrants who work at low-wage jobs and whose families receive any of a sweeping array of benefits or tax credits — even though, under federal law, these immigrants are fully eligible to receive them. The benefits and tax credits in question include the Earned Income Tax Credit (EITC), the low-income component of the Child Tax Credit, Medicaid, the Children's Health Insurance Program (CHIP), subsidies to help people afford health insurance, SNAP (formerly known as food stamps), and more. These changes are clearly aimed at immigrants here lawfully, since undocumented individuals are already ineligible for nearly all of the benefits and tax credits in question. The changes also would mean that some individuals seeking to come into the United States lawfully to join family could be kept out if anyone in their family has received, or if immigration officials consider them likely to receive, any of these benefits in the future. 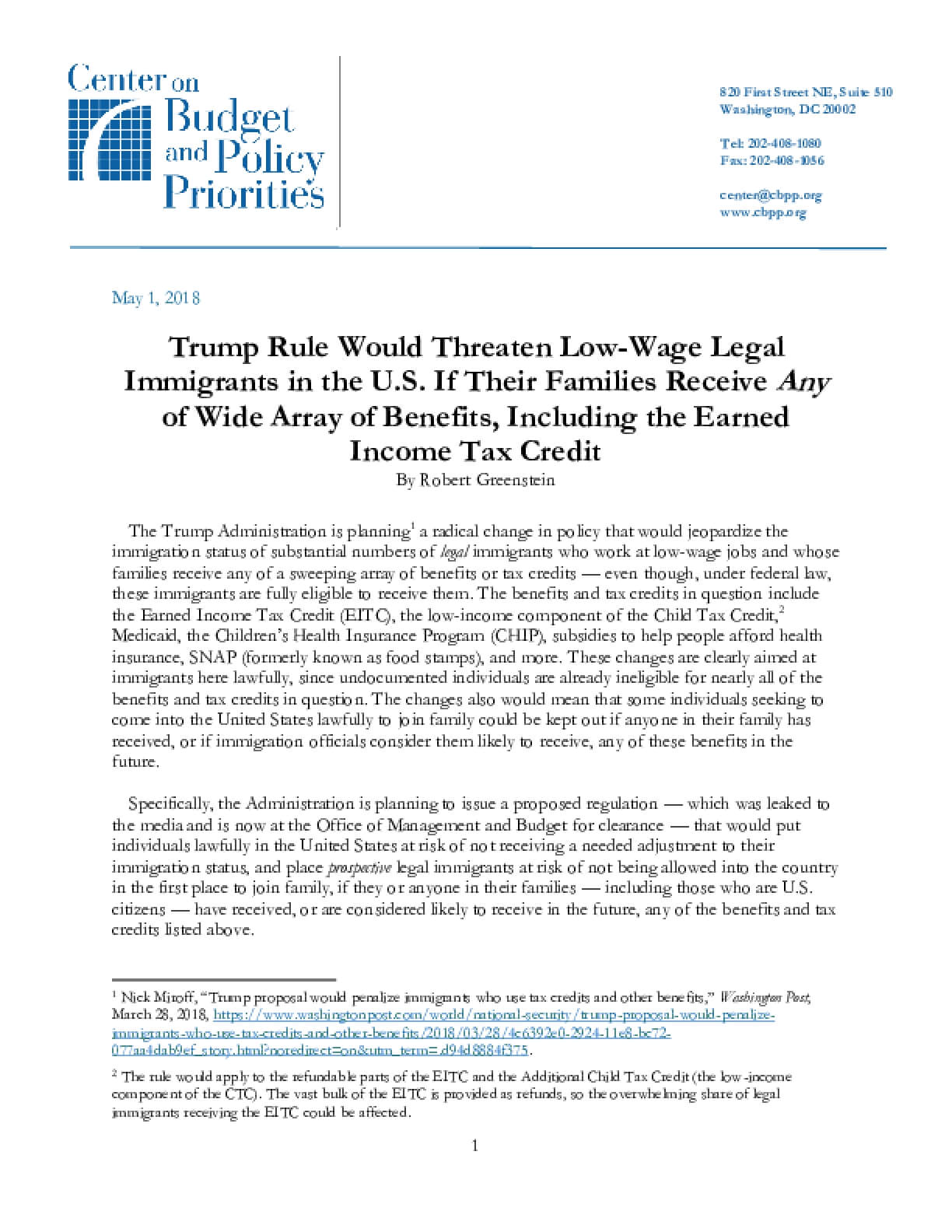