Truth and Integrity in State Budgeting: Lessons From Three States

This report builds on the work of the State Budget Crisis Task Force, chaired by Volcker Alliance founder Paul A. Volcker and board member Richard Ravitch, from 2011 to 2014. In sounding the alarm, the task force warned that the cash-based budgeting practices most states and municipalities use facilitate "gimmicks and short-term measures that obscure actual financial conditions."

In this report, we revisited in more detail three states (California, New Jersey, and Virginia) of the six in the original study to learn if their budgetary practices were responding to the revenue growth provided by a recovering economy. The good news is that California has adopted a number of improved budgeting practices. That has helped the state win four upgrades of its general obligation from Moody's Investors Service, Standard & Poor's, and Fitch Ratings since 2013. Virginia, which has a history of more-careful budget management practices, has enacted substantial pension reforms but has struggled with underperforming revenues. In New Jersey, large gaps remain in pension and other programs.

A primary aim of this preliminary study is to lay the groundwork for a common approach toward responsible budget practices in all 50 states. A continuing comparative analysis should provide a framework for a scorecard with respect to budgeting and financing practices. By shining a spotlight on opaque and confusing practices and by identifying more-appropriate approaches, we hope to provide incentives for officials to clarify financial issues and encourage debate on basic policy choices. We hope to engage academic institutions in this effort by tapping their scholarly expertise, encouraging research on more-effective budgeting practices, and preparing more students for work in government budgeting at all levels. 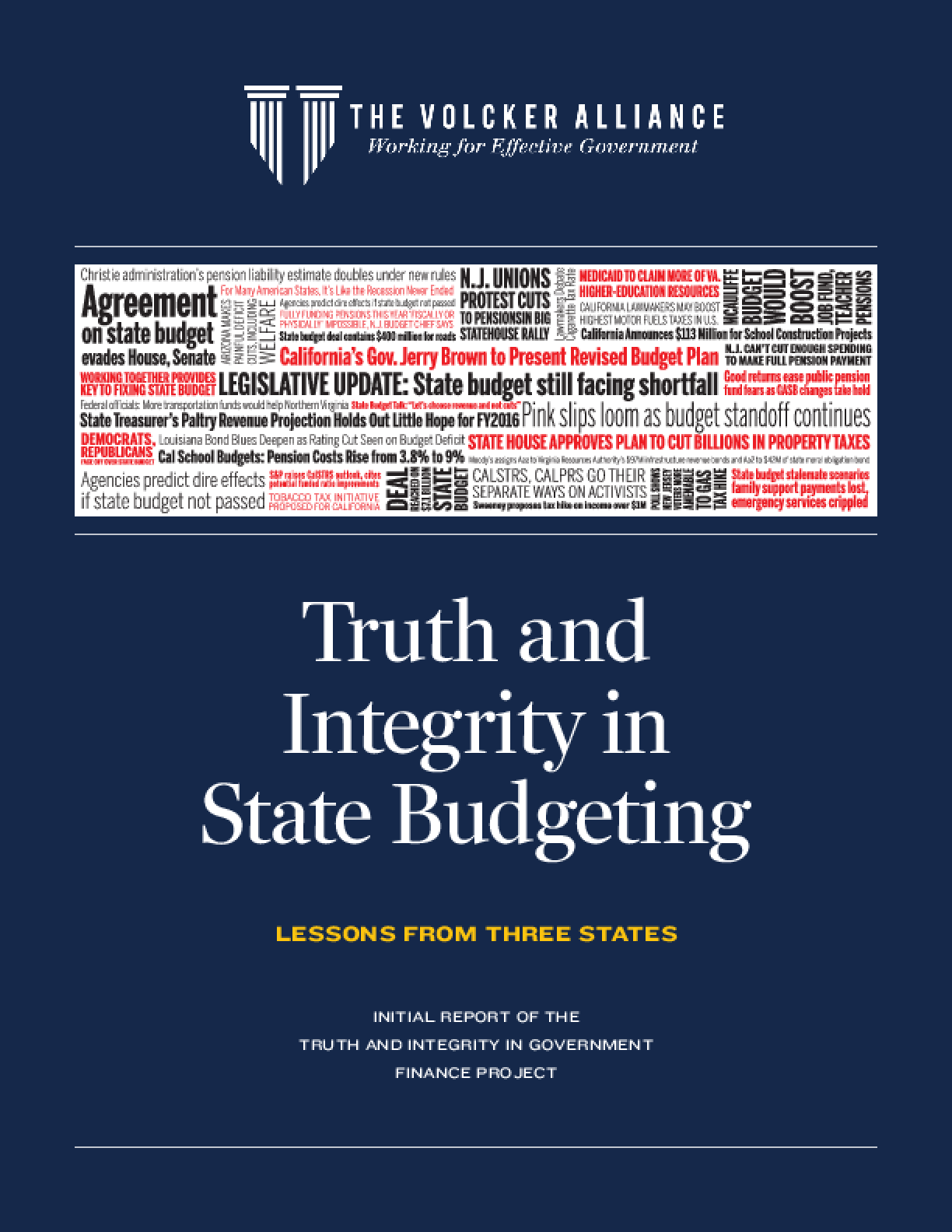