The Tsunami Two Years On: Land rights in Aceh

Aceh, the northern-most province of the Indonesian island of Sumatra, suffered terribly in the tsunami of December 2004. The water washed over 800km of coastline, killing 169,000 people and leaving 600,000 homeless. In several areas, no buildings, roads, or trees were left standing. Large areas of land were permanently lost. Sumatra as then hit by an earthquake on 28 March 2005, killing almost another 1,000 people in Nias island. 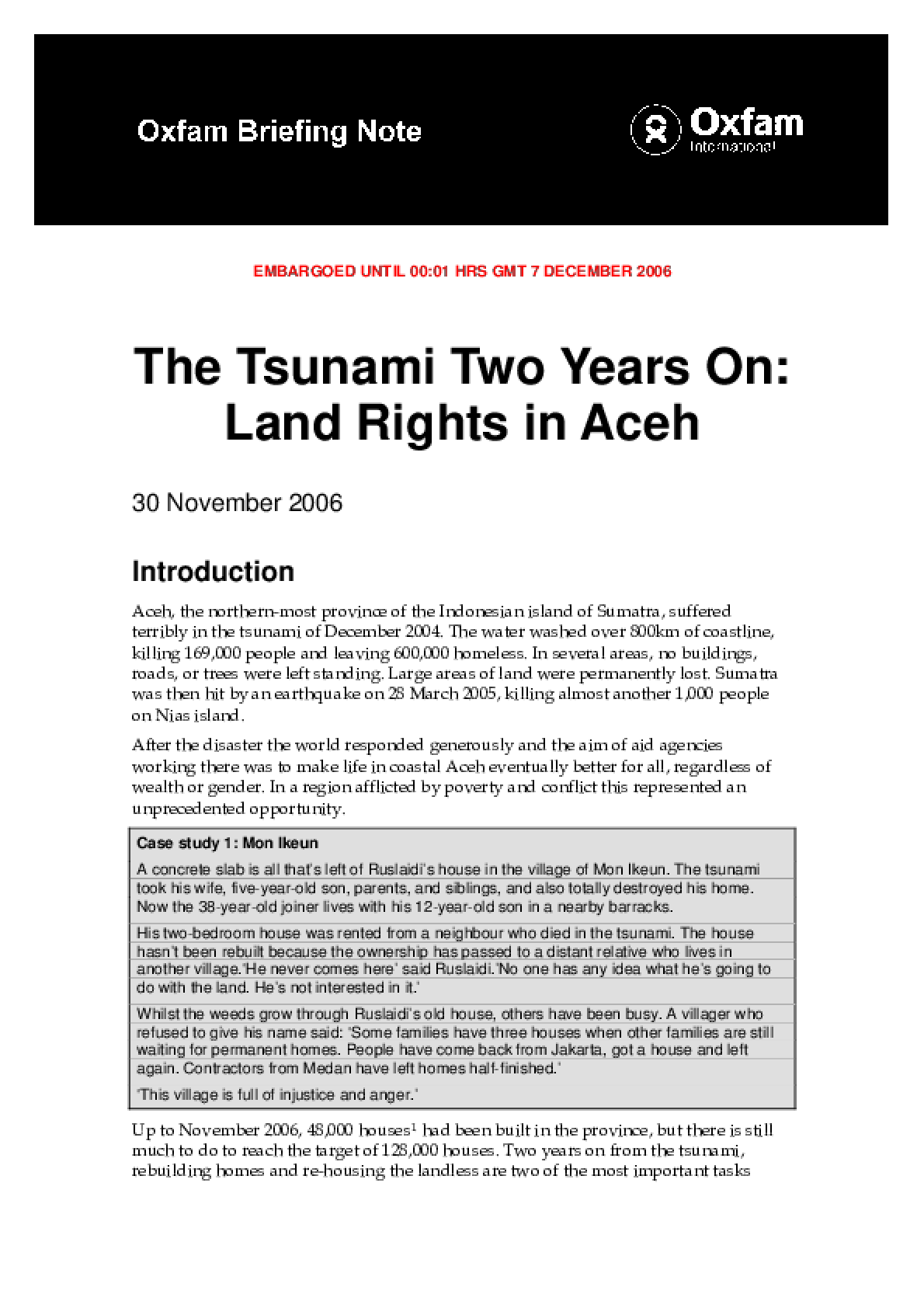