Turn the Tide: The G20 Must Act on Rising Inequality, Starting with Fairer Global Tax Reform

In the time that Australia held the G20 Presidency (2013 to 2014), the total wealth in G20 countries increased by $17 trillion, and the richest 1% of people captured a staggering $6.2 trillion of this wealth - 36% of the total increase. Yet G20 countries are still home to more than half of the world's people living in poverty. The G20 cannot afford to ignore the problem of inequality.

Essential to solving the problem of inequality is a review of the global rules to tax multinational corporations. Oxfam welcomes progress made on global corporate tax reform through the G20/OECD Base Erosion and Profit Shifting (BEPS) process, but the process is not sufficient to deal with the global tax issues that developing countries face, or to address all the fundamental problems that currently allow multinational corporations to get away with not paying their fair share of tax. 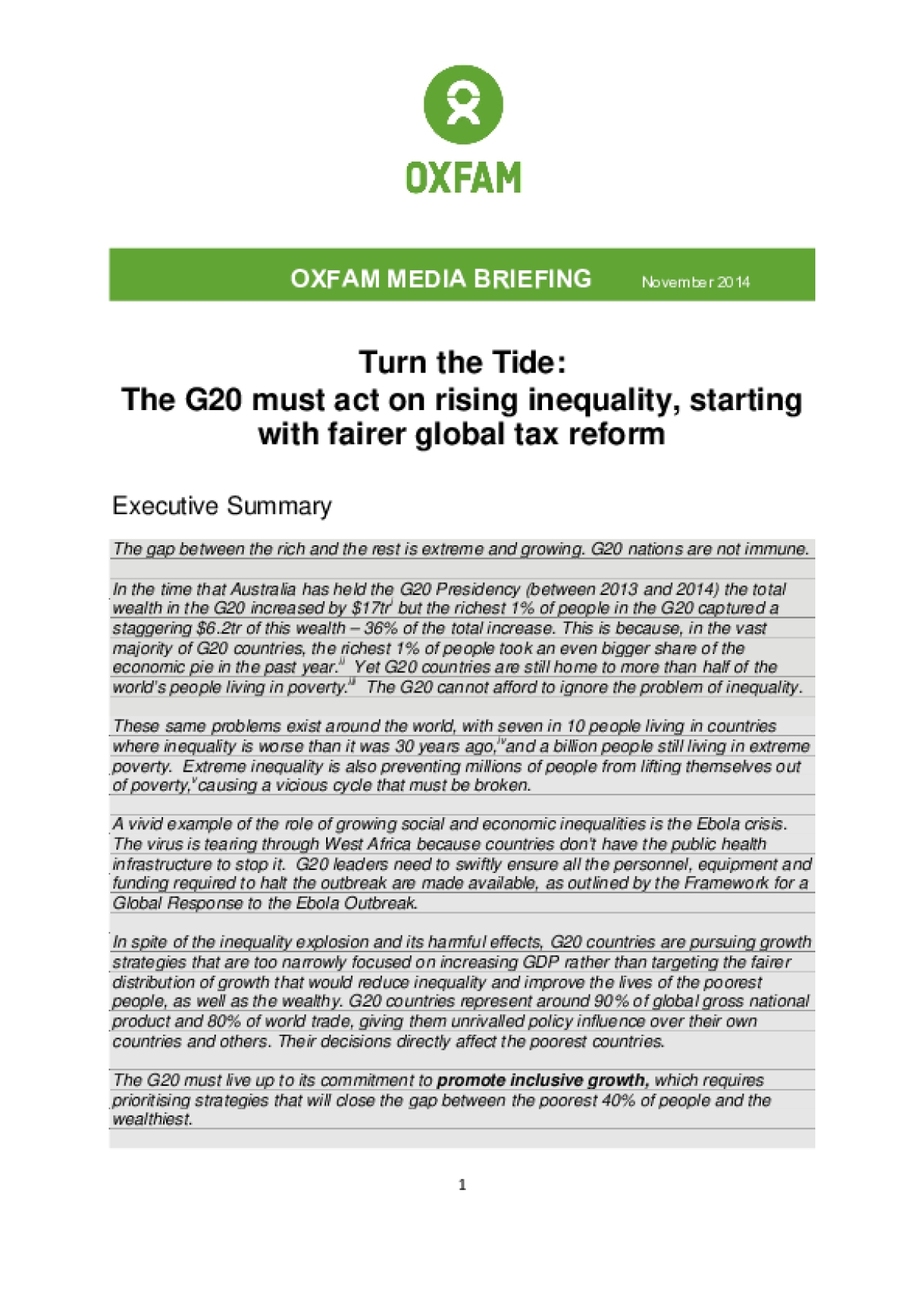