Turning Back the Tide: Promising Efforts to Demilitarize Police Departments

A company of police officers in riot gear with raised automatic weapons advance upon a solitary Black man with his hands up—one of the most chilling and memorable images to come out of protests in Ferguson, Missouri, last fall. The world was shocked to see local police officers in full body armor, rolling down the streets of a small suburban town in armored trucks, throwing tear gas canisters and stun grenades into crowds of peaceful protestors.

When did our police begin to resemble an invading military force? When did protests in the United States start warranting a military-like response?

Ferguson was a wake-up call that hastened numerous civil liberties organizations to speak out against police militarization—state and local police departments across the country amassing huge arsenals of military weapons, aided by federal programs that transfer weapons used in Iraq and Afghanistan, or issue grants to purchase them.

The widespread militarization of policing—hostile, authoritarian, and too often, violent— represents the antithesis of community-centered policing and a marked transformation in the very nature of policing: Are police working to protect or control communities? Does a military response to non-violent protest increase community safety? Who are the police protecting when they use military equipment and tactics against communities?

The first two briefs in our Beyond Confrontation series advanced local programs and practices that exemplify police-community partnerships and agreements. Militarization, however, is a unique issue, fueled by an underregulated and overlooked federal policy that has flooded local communities with military weapons and equipment. Turning Back the Tide: Promising Efforts to Demilitarize Police Departments, the third brief in our series, explores the stark landscape of pervasive police militarization, and lifts up early examples of communities fighting to reverse the tide of militarization at the local level and restore a focus on community to local and state police departments. 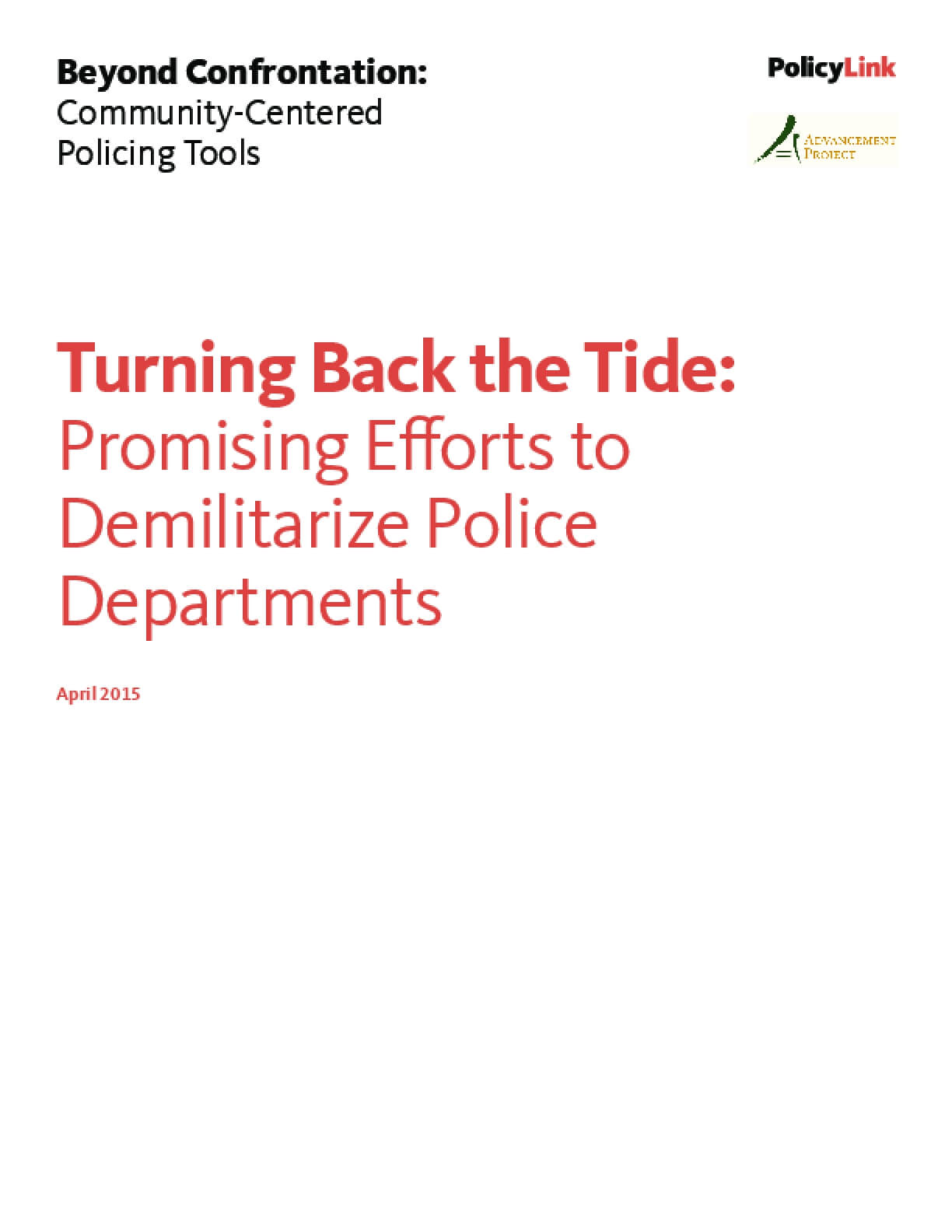