Turning the Tide: How best to protect workers employed by gangmasters, five years after Morecambe Bay

On 5 February 2004, 23 Chinese cockle pickers drowned in rising tides in Morecambe Bay because of the negligence of their gangmaster. This paper evaluates the current protection afforded to workers in the industries regulated by the Gangmasters Licensing Authority (GLA). It highlights that a significant number of unlicensed gangmasters continue to exist, and exploitation of workers is still reported. The GLA's efforts to reduce exploitation are fundamentally thwarted by workers' fear of blowing the whistle, particularly during a recession. The paper also reveals that those employed by gangmasters to work in the construction, hospitality and social care sectors are particularly vulnerable because these sectors are outside the remit of the GLA and poorly enforced. These vulnerable workers routinely face underpayment of wages, debt bondage, excessive hours, spurious deductions, and dangerous and unsafe working conditions. Both Oxfam's three-year Migrant Workers' Project (PDF) in England and its continuing work with the Roma community in Scotland (PDF), showed Oxfam that gangmaster exploitation was rising in a range of sectors - not just agriculture and food processing. In 2008, Oxfam commissioned the Wilberforce Institute for the Study of Slavery and Emancipation (WISE) at Hull University to conduct an independent evaluation of the protection available to workers employed through gangmasters or labour providers. 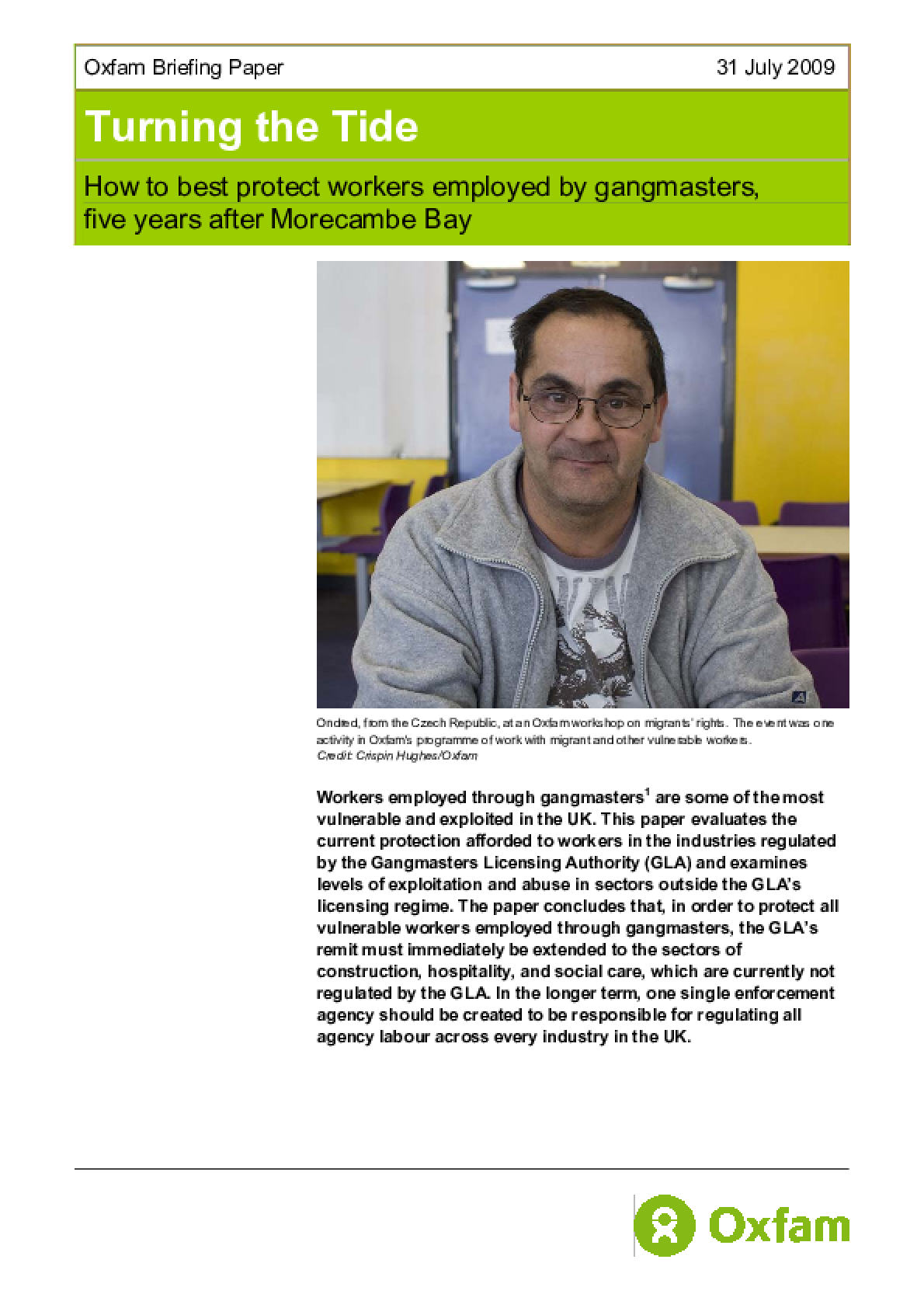