Twenty-Three Years and Still Waiting for Change: Why It's Time to Give Tipped Minimum Workers the Regular Minimum Wage

by David Cooper; Sylvia A. Allegretto

Last year marked the 75th anniversary of the Fair Labor Standards Act (FLSA), the legislation that established many of the basic labor protections workers enjoy today, such as a 40-hour workweek, overtime protection, and a national minimum wage. There have been periodic amendments to the FLSA over the years, but the 1966 amendments were especially significant. They extended protections to hotel, restaurant, and other service workers who had previously been excluded from the FLSA, but also introduced a new "subminimum wage" for workers who customarily and regularly receive tips.

Unlike temporary subminimum wages (such as those for students, youths, and workers in training), the "tip credit" provision afforded to employers uniquely established a permanent sub-wage for tipped workers, under the assumption that these workers' tips, when added to the sub-wage, would ensure that these workers' hourly earnings were at least equal to the regular minimum wage. The creation of the tip credit -- the difference, paid for by customers' tips, between the regular minimum wage and the sub-wage for tipped workers -- fundamentally changed the practice of tipping. Whereas tips had once been simply a token of gratitude from the served to the server, they became, at least in part, a subsidy from consumers to the employers of tipped workers. In other words, part of the employer wage bill is now paid by customers via their tips. 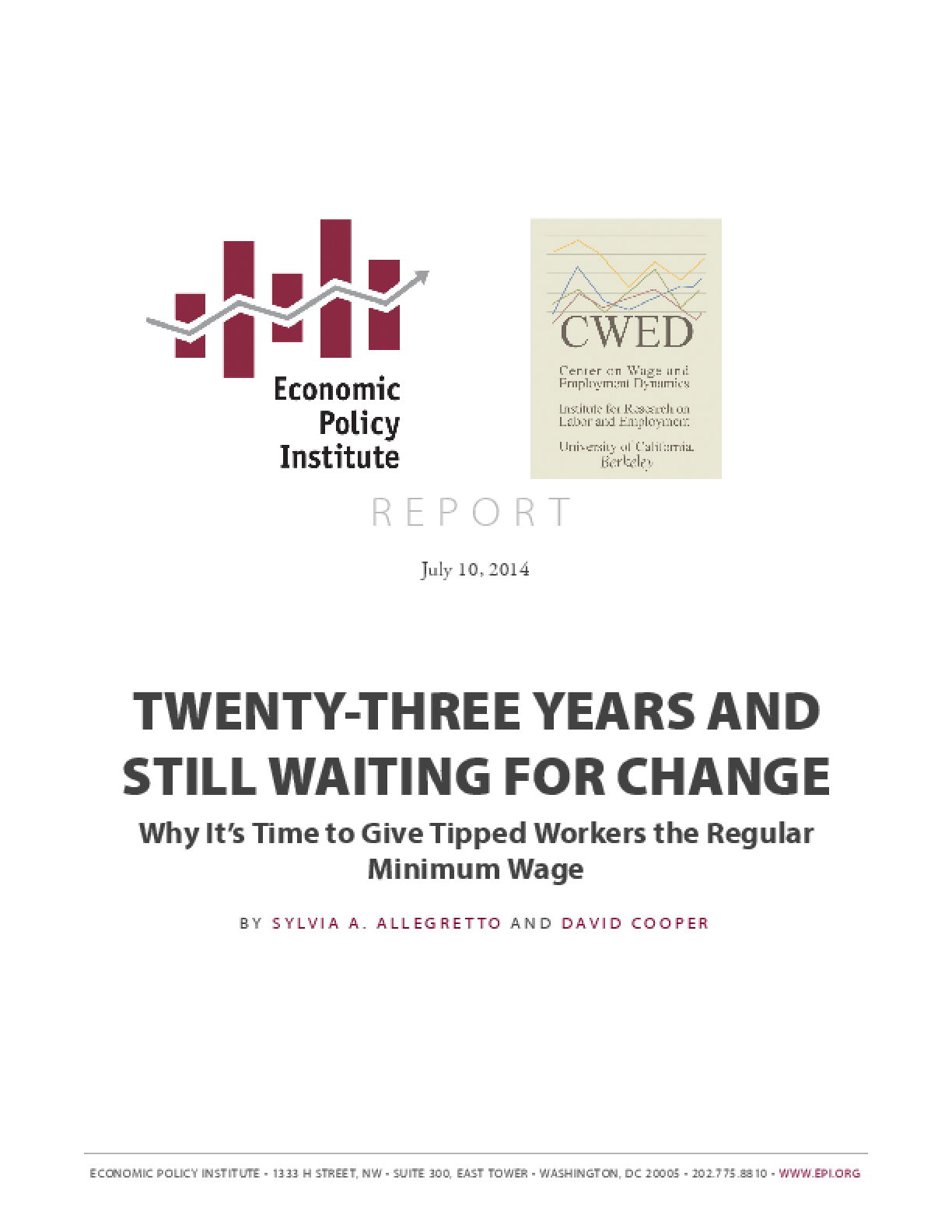