Two Pathways to Self-Harm in Adolescence

MethodParticipants were from the Millennium Cohort Study (n = 10,827). A clustering algorithm was used to identify subgroups who self-harmed with different behavioral and emotional profiles at age 14 years. We then traced the profiles back in time (ages 5−14 years) and used feature selection analyses to identify concurrent correlates and longitudinal risk factors of self-harming behavior.

ResultsThere were 2 distinct subgroups at age 14 years: a smaller group (n = 379) who reported a long history of psychopathology, and a second, much larger group (n = 905) without. Notably, both groups could be predicted almost a decade before the reported self-harm. They were similarly characterized by sleep problems and low self-esteem, but there was developmental differentiation. From an early age, the first group had poorer emotion regulation, were bullied, and their caregivers faced emotional challenges. The second group showed less consistency in early childhood, but later reported more willingness to take risks and less security with peers/family.

ConclusionOur results uncover 2 distinct pathways to self-harm: a "psychopathology" pathway, associated with early and persistent emotional difficulties and bullying; and an "adolescent risky behavior" pathway, whereby risk taking and external challenges emerge later into adolescence and are associated with self-harm. At least 1 of these pathways has a long developmental history, providing an extended window for interventions as well as potential improvements in the identification of children at risk, biopsychosocial causes, and treatment or prevention of self-harm. 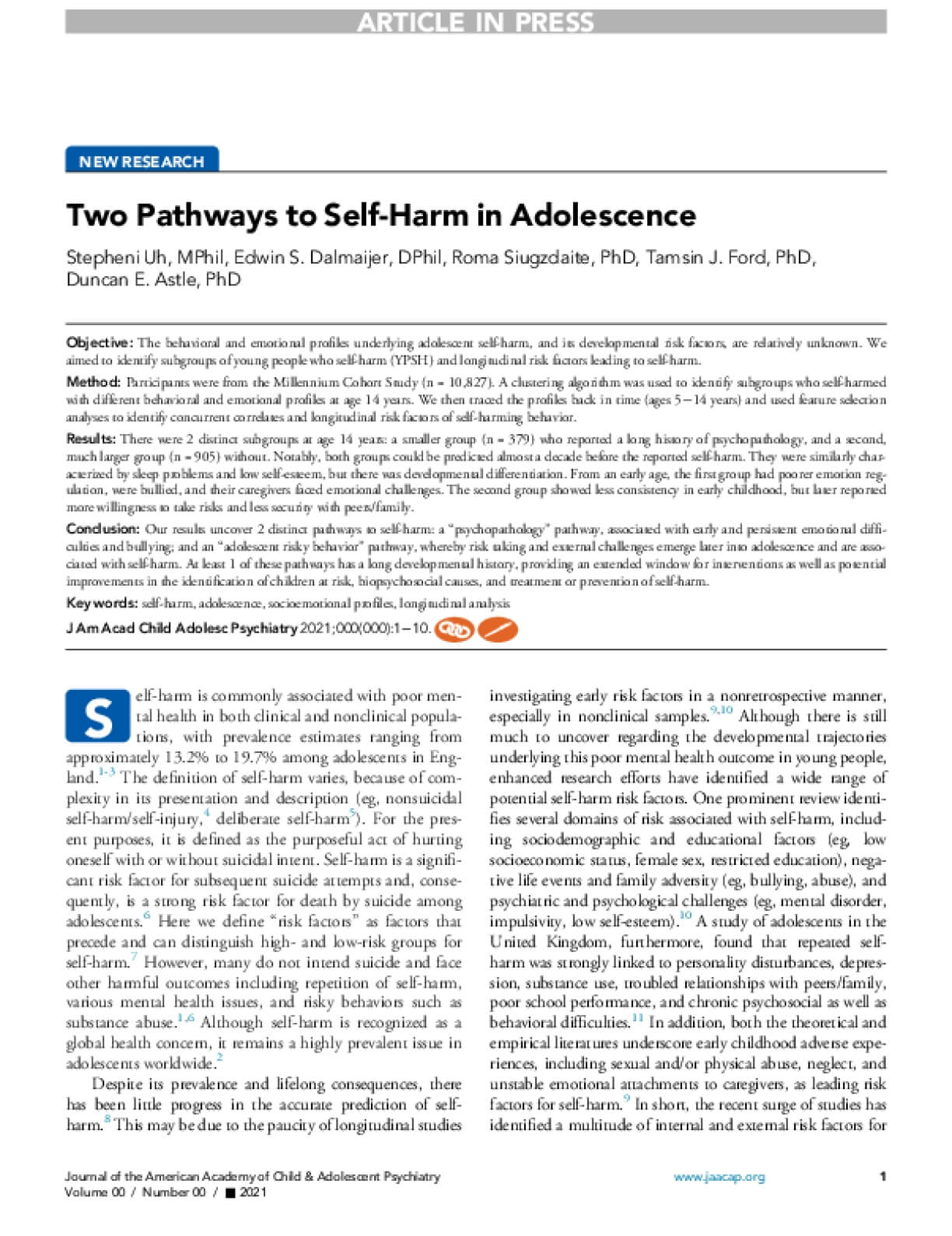