The Great Recession sent an economic shock through American society that reached far beyond the stock and housing markets. More than five years after economists announced the end of the recession, fertility levels have still not recovered. As a result, more than 3.4 million fewer babies were born in the United States between 2008 and 2015 than would have been expected if pre-recession fertility rates had been sustained (see Figure 1). In each of the last five years, this birth deficit has resulted in roughly 500,000 fewer births.

Nor do new data just released show any evidence of an upturn in births. National Center for Health Statistics data for 2015 show the lowest general fertility rate on record and only 3,978,000 births last year. There were 338,000 (8 percent) fewer births in 2015 than in 2007, just before the Recession began to influence fertility. This decline in births is entirely due to reduced fertility rates. The number of women in their prime childbearing years (20 to 39) actually increased by 2.5 million (6 percent) between 2007 and 2015. With more women of child-bearing age, the expectation would be for more babies. Yet the larger cohort of childbearing age women in 2015 produced fewer births than the smaller 2007 cohort did. If the fertility rates of 2007 had been sustained through 2015, the larger cohort of women of childbearing age would have been expected to produce nearly 600,000 more children in 2015 than were actually born. 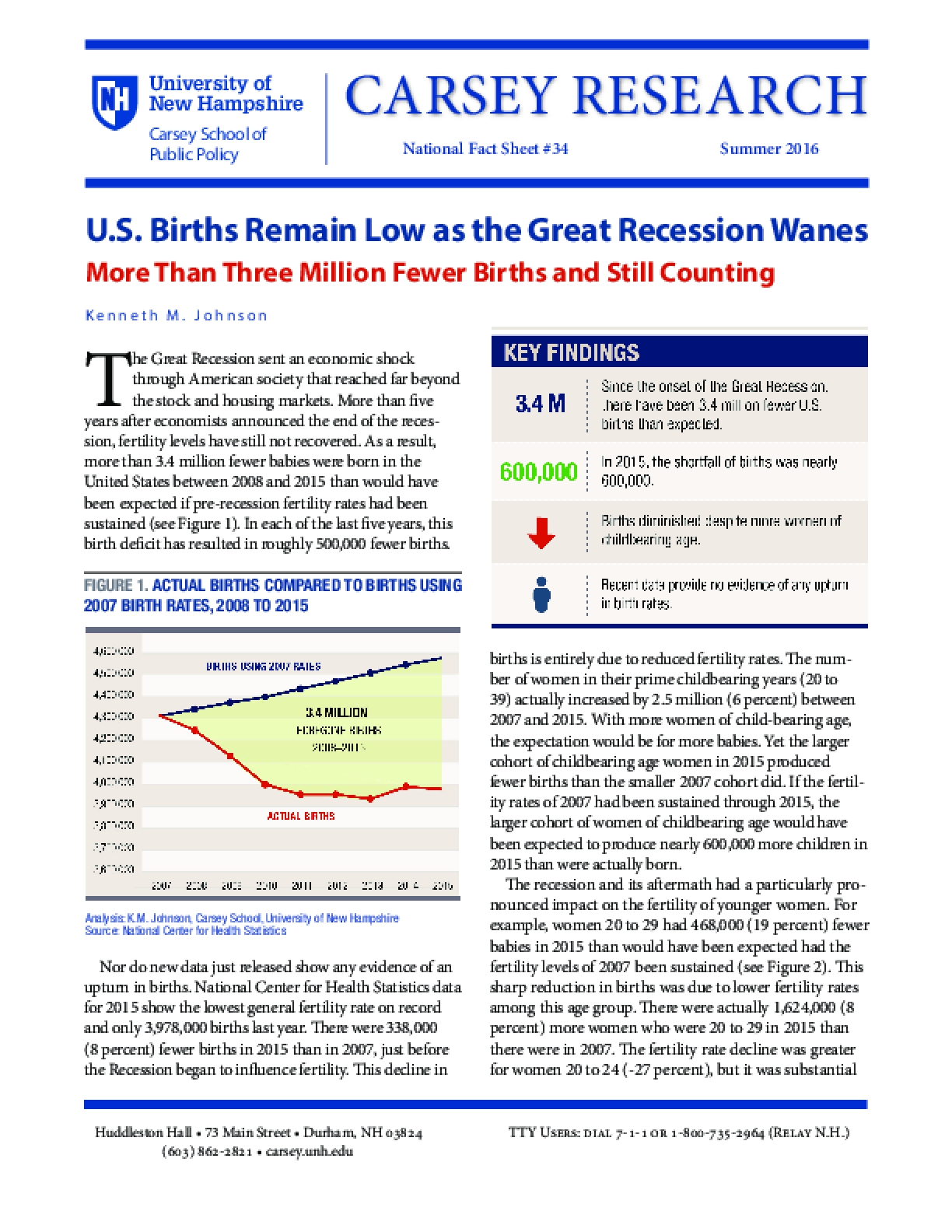