U.S. Public Becoming Less Religious: Modest Drop in Overall Rates of Belief and Practice, but Religiously Affiliated Americans Are as Observant as Before

Is the American public becoming less religious? Yes, at least by some key measures of what it means to be a religious person. An extensive new survey of more than 35,000 U.S. adults finds that the percentages who say they believe in God, pray daily and regularly go to church or other religious services all have declined modestly in recent years. But the Pew Research Center study also finds a great deal of stability in the U.S. religious landscape. The recent decrease in religious beliefs and behaviors is largely attributable to the "nones" -- the growing minority of Americans, particularly in the Millennial generation, who say they do not belong to any organized faith. Among the roughly three-quarters of U.S. adults who do claim a religion, there has been no discernible drop in most measures of religious commitment. Indeed, by some conventional measures, religiously affiliated Americans are, on average, even more devout than they were a few years ago. The 2014 Religious Landscape Study is a follow-up to an equally extensive survey on religion in America, conducted in 2007. An initial report on the findings from the 2014 study, released in May 2015, described the changing size and demographic characteristics of the nation's major religious groups. This report focuses on Americans' religious beliefs and practices and assesses how they have changed in recent years. 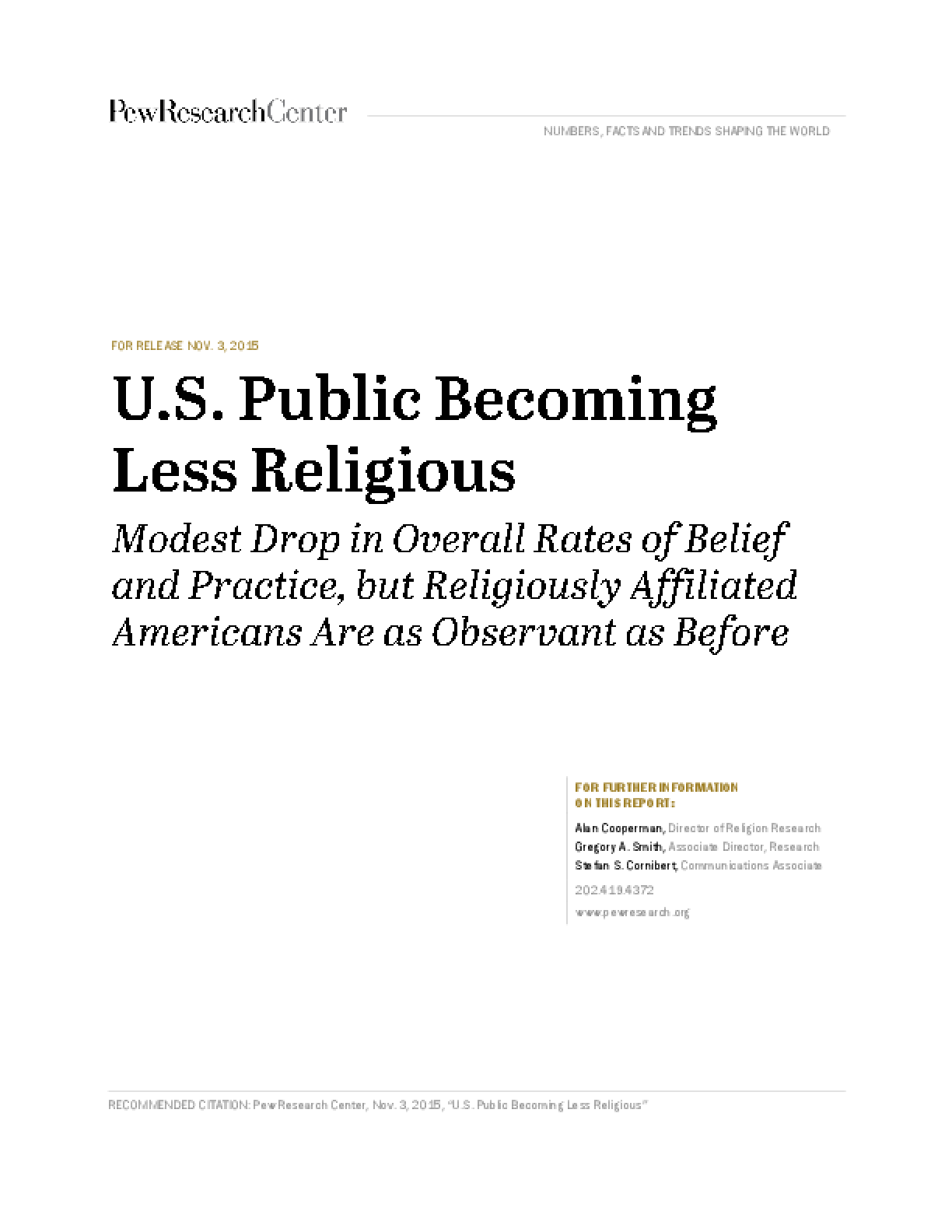