In time of war, all Americans are expected to sacrifice and rural Americans have always stepped forward to do their part in past wars and national emergencies. However, as the data presented here attests, today rural Americans are paying the ultimate sacrifice in disproportionately high numbers. Examination of deaths based on hometown in the Department of Defense records shows soldiers from rural America are dying at a higher rate than soldiers from big cities and suburbs. In all but eight states, soldiers from rural areas1 make up a disproportionately high share of casualties. The high death rate for soldiers from rural areas is linked to the higher rate of enlistment of young adults from rural America. The higher rates of enlistment in the Armed Forces among rural youth are possibly linked to diminished opportunities there. Transitioning from youth to adulthood is more problematic in rural U.S. because there are fewer job opportunities. Young adults in rural areas are less able to secure a foothold in the economy. Among employed young adults (age 18 to 24) only 24 percent of those in rural areas are working full-time year-round, compared to 29 percent of those in cities and suburbs. 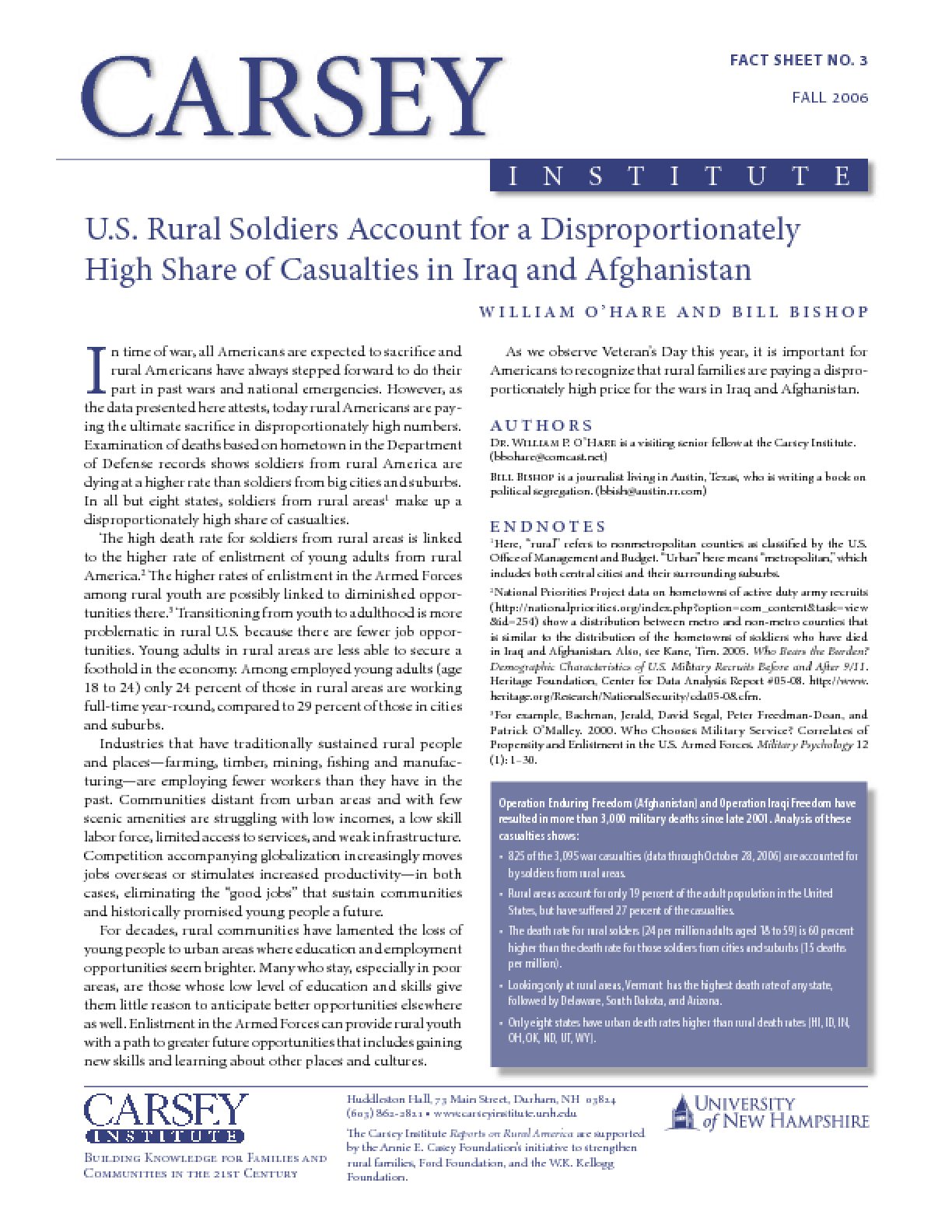