This report contains the most recent and comprehensive statistics available -- for 2010 -- on the incidence of teenage pregnancy, birth and abortion for the United States as a whole and for individual states. At the national level, we show trends since 1972. For states, we present trends since 1988. The report concludes with a discussion of the methodology and sources used to obtain the estimates. Our previously published statistics for national- and state-level estimates through 2008 were published in two separate reports. Counts of pregnancies include births, abortions, miscarriage and stillbirths. The National Center for Health Statistics (NCHS) provides annual counts of teen births in the United States, as reported in the National Vital Statistics System (via birth certificates). The estimates we present for 2010 are part of the Guttmacher Institute's ongoing surveillance of teen pregnancy in the United States. Our national- and state-level teen pregnancy report is generally updated every two years and contains the only available estimates of teen pregnancy for all 50 states using counts of abortions from the Guttmacher Institute's periodic national census of abortion providers. This census is widely recognized as the most accurate count of abortions performed annually in the United States. Through a collaborative agreement with NCHS, we also provide abortion data for the calculation of teen pregnancy rates at the national level for use in NCHS vital statistics reports. A demographic rate is defined as the number of events (in this case, pregnancies, births or abortions) divided by the number of individuals who could experience the event -- the "population." The pregnancy rate is composed of the rates of pregnancy outcomes (births, abortions and miscarriages) and is not synonymous with the birthrate. Trends in rates of births, abortions and pregnancies can move in different directions and may be affected by different social and economic factors. Unless otherwise indicated, in this report, the words "teenagers" and "teens" refer to women aged 15 -- 19. The report also includes numbers, and in some cases rates, shown separately for women aged 14 and younger, 15 -- 17-year-olds, 18 -- 19-year-olds and all women younger than 20. We also present statistics by race and ethnicity when the data are sufficient to provide these estimates. 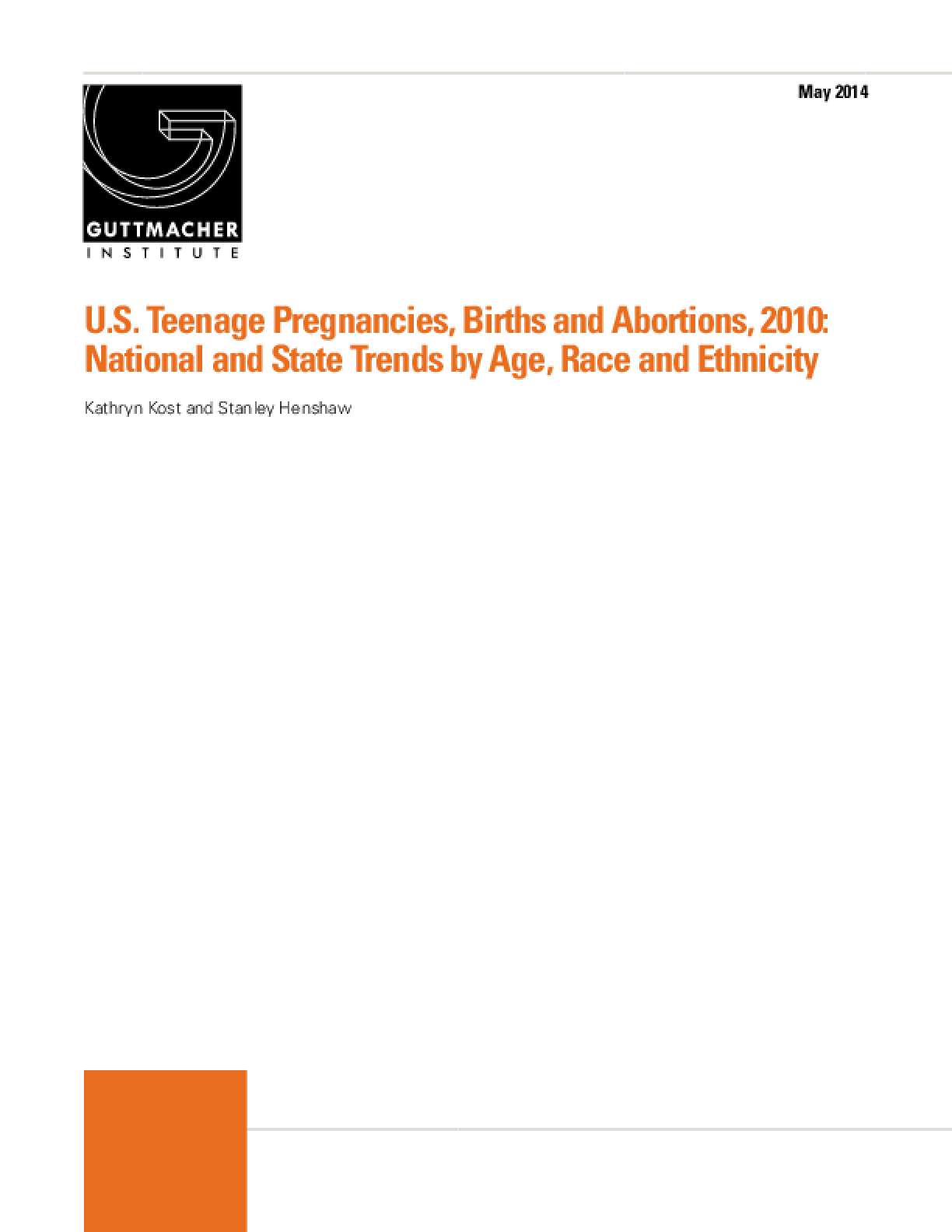