Unaddressed: Why Chicago's 10-year plan to end homelessness will not work

In 2003, Mayor Daley signed on to a 10-year plan to end homelessness in Chicago. The premise of the plan is to transform the homeless service system from one based on shelter to one based on permanent housing and prevention of homelessness. While the Chicago Coalition for the Homeless agrees with this strategy for assisting homeless individuals and individuals at risk of homelessness, a review of the city's plan and its recent actions to implement the plan reveals that: - The city is not actually taking the steps it says it is taking to achieve its goal - The plan grossly underestimates the demand for homeless services in Chicago and the resources needed to accomplish its goal. - Thousands of people are likely to end up abandoned and only a limited number of people helped in 2012, the year the plan is expected to be fully implemented. 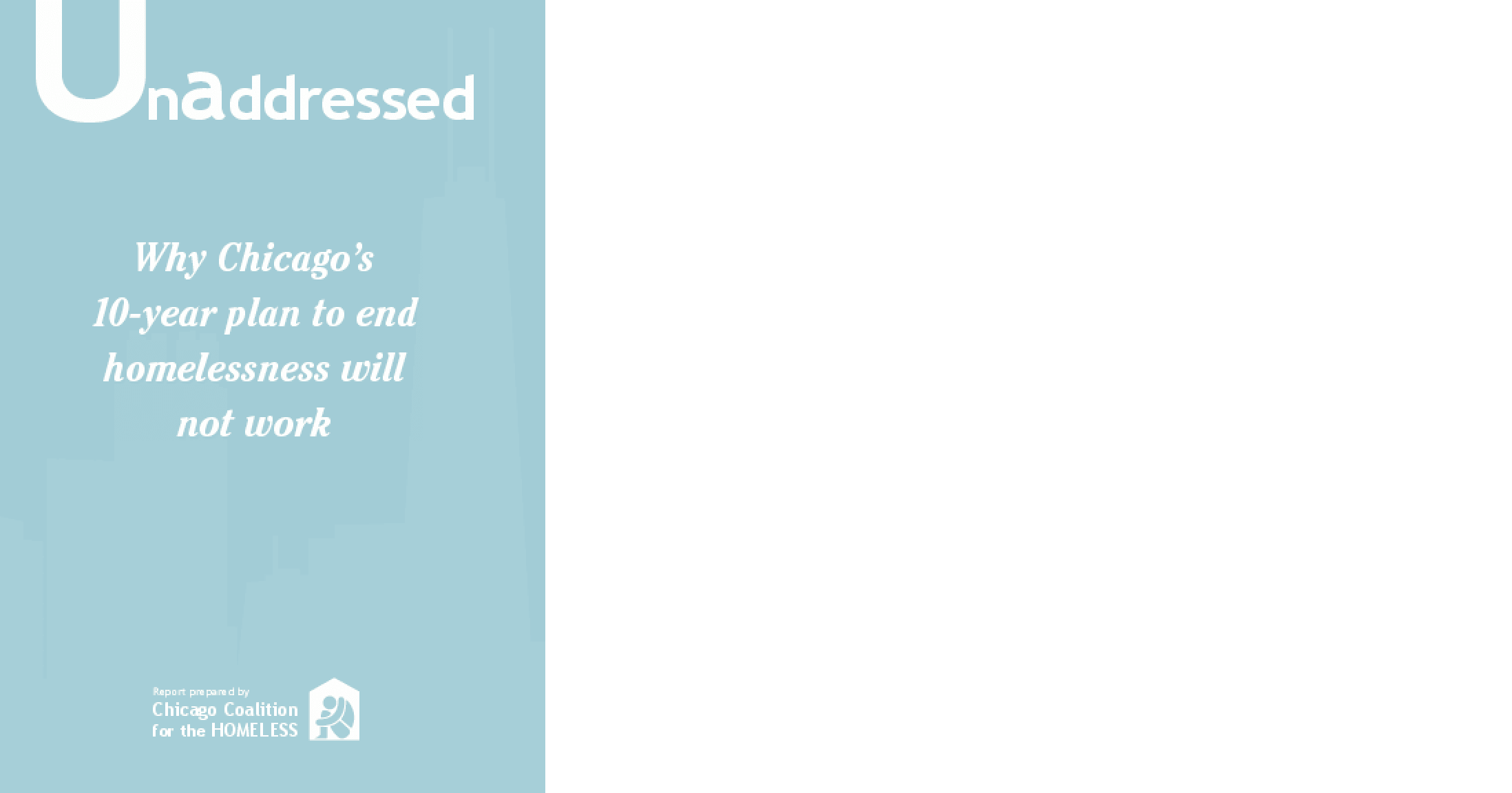