American representative government suffers from the handicap of a largely uncompetitive political system. American politics has fewer and fewer competitive elections. In arguing that political competition matters a great deal, this paper traces the increasing trend toward uncompetitiveness and details the role and nature of incumbency advantage in fostering an uncompetitive political system. Current redistricting practices and campaign finance regulations, in tandem with publicly financed careerism, have significantly negative consequences for the health of the political system. This study analyzes several of the major instruments of campaign finance regulation, such as contribution limits, public financing, and the ban on soft money, in terms of their relationship to political competition. Simply put, campaign finance regulation and public financing have not improved political competition. In the past, campaign finance restrictions and taxpayer-subsidized elections have generated unintended consequences. The most recent regulatory round is no exception to that rule. This study also looks at other reforms, namely, term limits and improvements to the redistricting process, in light of their comparatively successful record regarding political competition. Changes in the manner in which districts are designed, campaigns are funded, and politicians are tenured require immediate implementation. In short, elected officials should be disconnected from campaign and election rule making and regulation. There will not be an improvement in political competition until the incumbent fox ends his tenure as guardian of the democratic henhouse. 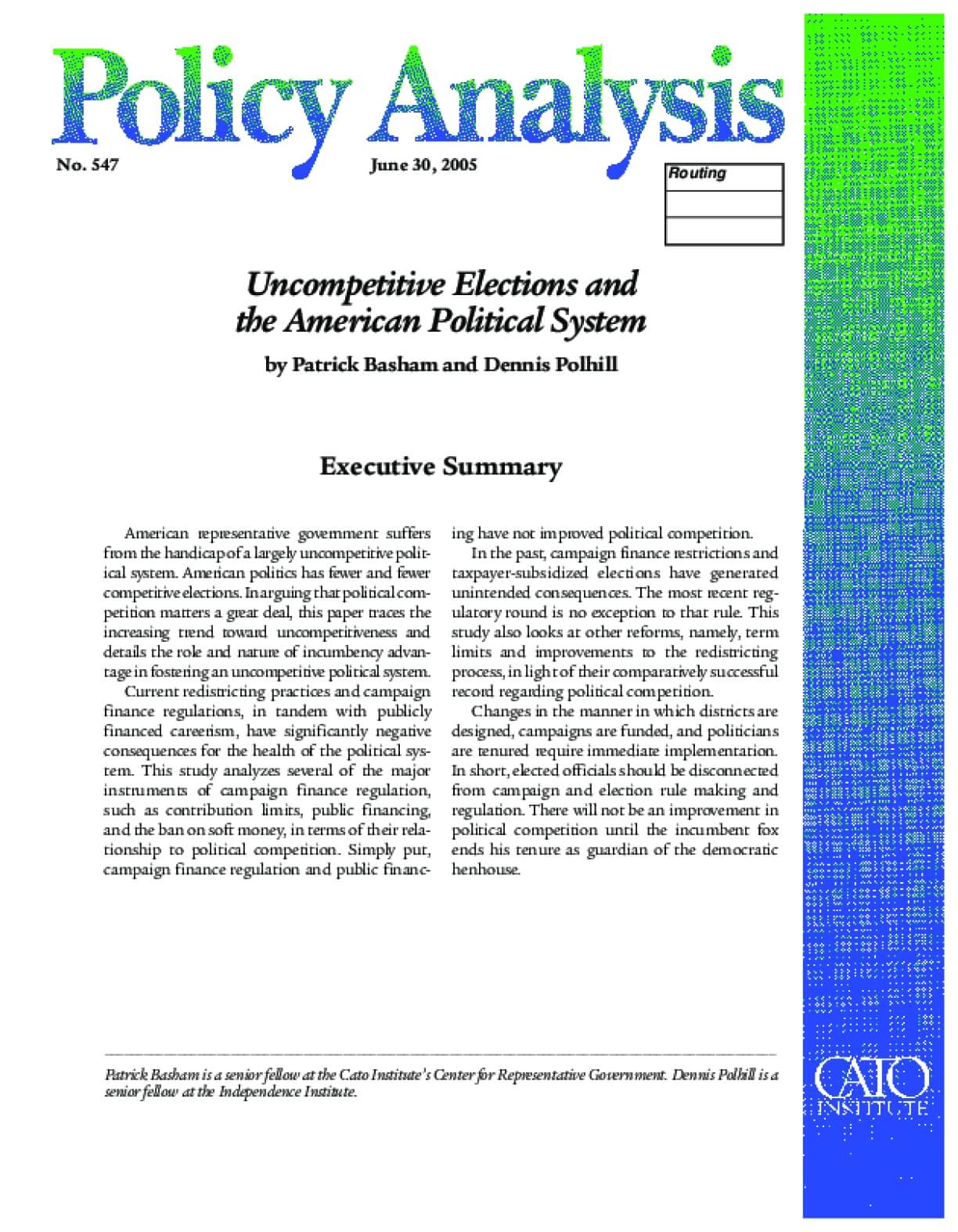