My research at the Rockefeller Archive Center (RAC henceforth) in June 2016 was part of my doctoral research on the history of urban and rural healthcare services in colonial Madras. The collections at the RAC were important for me as I am examining health services ranging from 1880 to the 1930s, thus including a good part of the inter-war period. Once I finished my research at British and Indian archives, on the advice of my advisor, I wanted to follow with a research visit to the RAC.  The goals of my RAC research agenda consisted of two components: first, understanding colonial rule from a different perspective and, second and more importantly, consulting the diaries and personal papers of the officers who visited India, along with their official Rockefeller Foundation (henceforth RF) documentation. While writing the initial drafts of my dissertation, I became interested in understanding the relationships forged between individuals (British, Indian and also American), institutions and exchange of ideas in the single presidency of Madras. The diaries of the RF officers in India, particularly of William S. Carter, along with the records on rural health and nursing, will shape my thesis significantly by playing perfectly the role of 'informed outsiders' in this context. I have also been delighted to identify materials on women's health at the RAC, which has been an under-researched area in the context of colonial south India. All of these kinds of source materials are particularly valuable, given the scarcity of detailed reports and documents of the inter-war medical changes in colonial India. 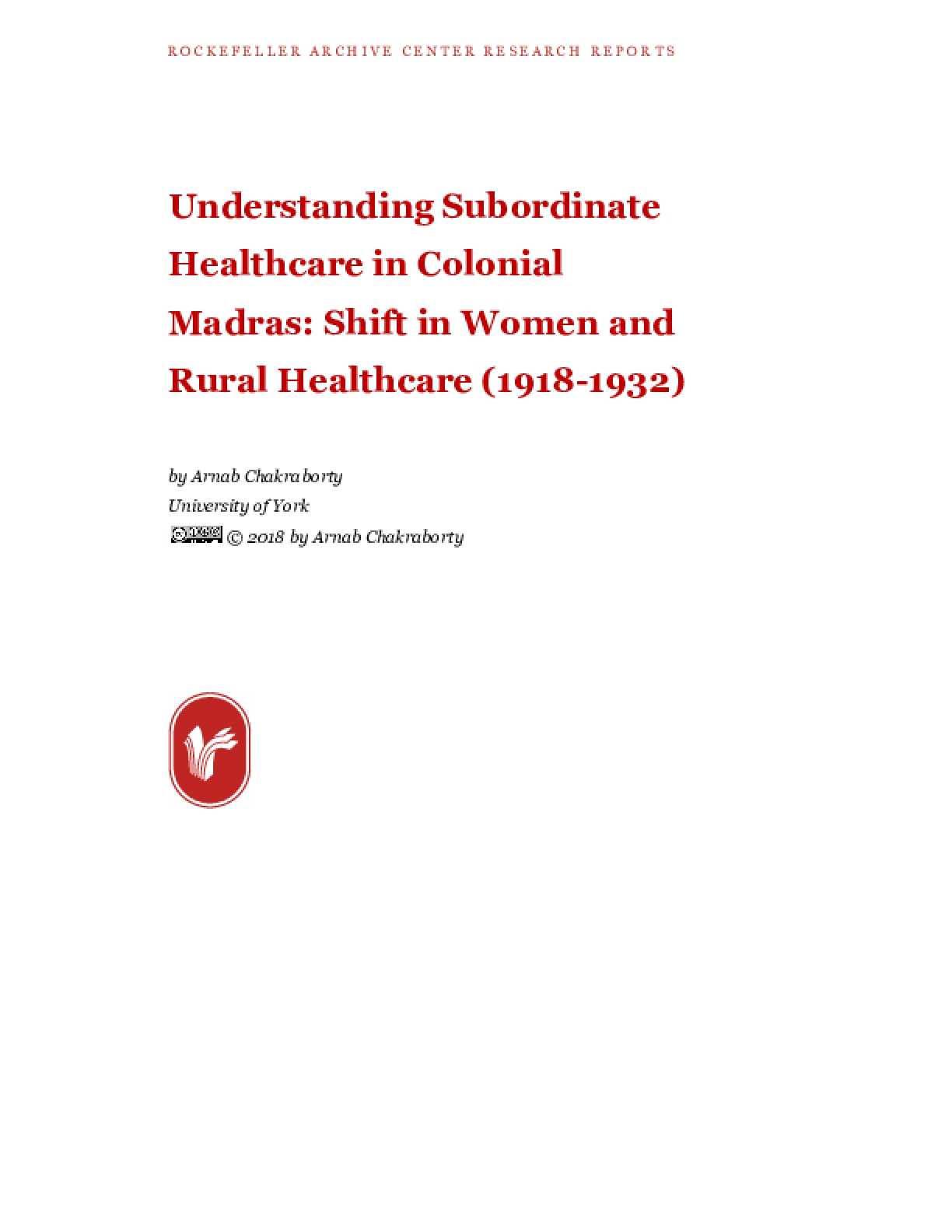