Understanding the Federal Deficit and the National Debt

Concerns about rising budget deficits have been on the political scene for decades. More recently these concerns have reappeared, as tax cuts and the costs of two wars transformed budget surpluses left by President Clinton into deficits in the early 2000s, while foreseeable long-term challenges approached. More recently, the recession has increased the short-term deficit to historic levels, though they will come down as the economy recovers. The current federal debt, which has risen sharply as tax cuts were phased in over a decade, security spending soared, and the nation was devastated by the financial crisis, is at its highest level since 1952, when the country was still repaying debt incurred during World War II. However, sharp increases in deficits and debt are common during economic downturns due to declines in tax receipts and additional federal spending to ameliorate the negative effects of a recession. Similarly, the deficit and national debt are most commonly measured as a share of the economy, so a shrinking economy also makes the fiscal outlook worse. The current debate over our nation's fiscal future is, however, conflating large short-term deficits, which will drop significantly after the recession, with the longer-term outlook for rising debt which is driven by escalating health care costs and an antiquated revenue code. Understanding the difference between short-term cyclical effects and long-term structural imbalances -- and the main factors of each type of shortfall -- is critical to adopting the right policy response. This short brief will give an overview of the concepts of the deficit and public debt, their causes and impacts on the national economy, and the appropriate policy options to address them in the short-, medium-, and long-term. 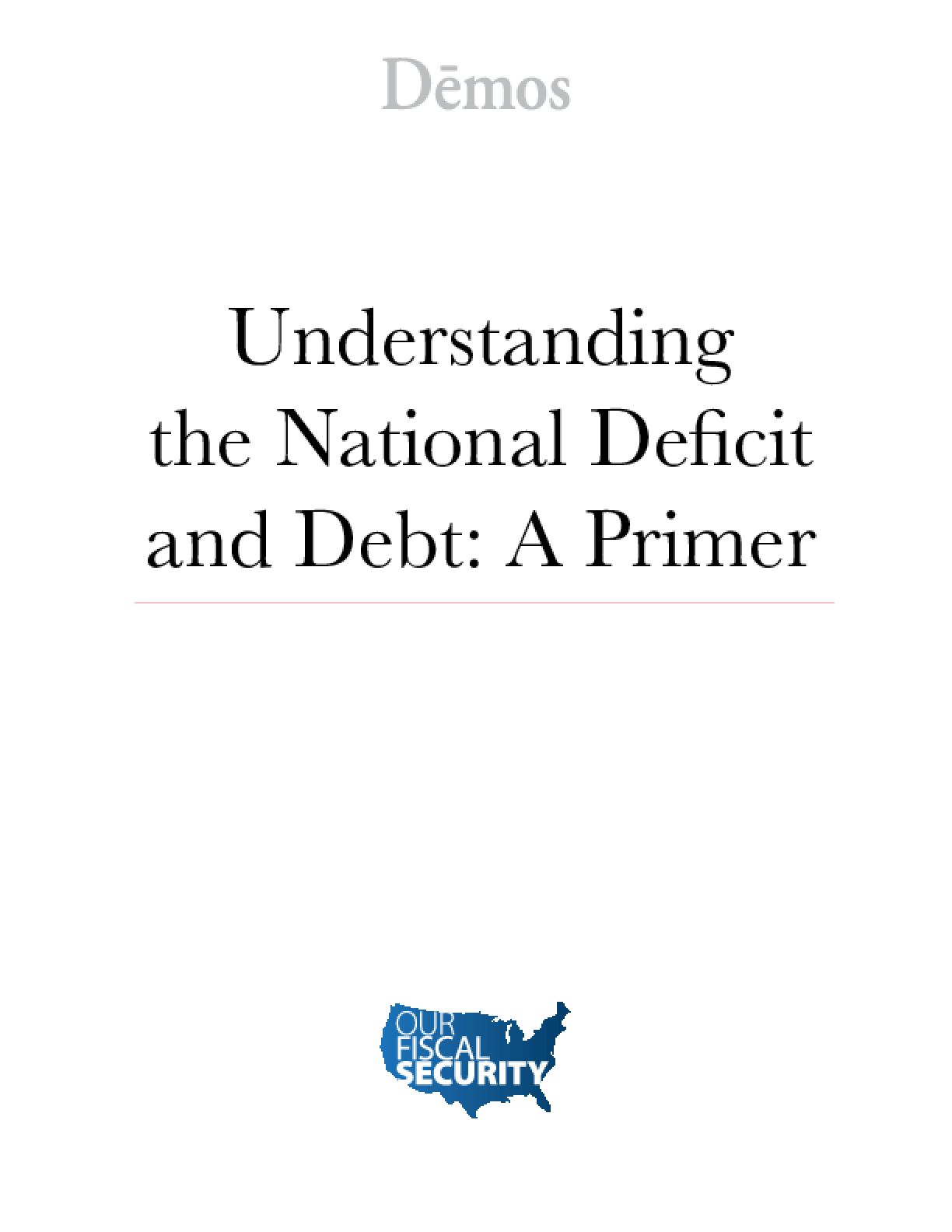