Undocumented Workers Are Taxpayers, Too 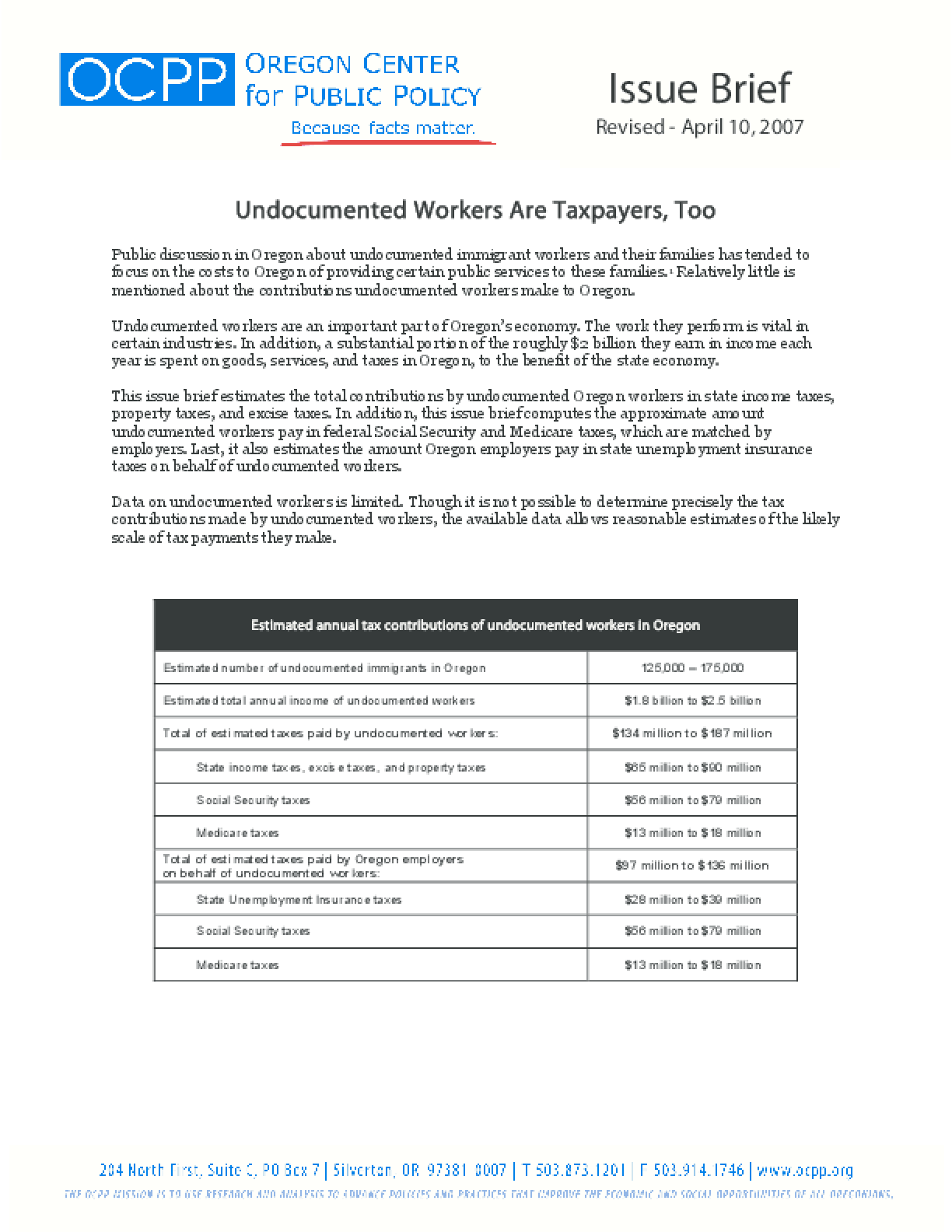